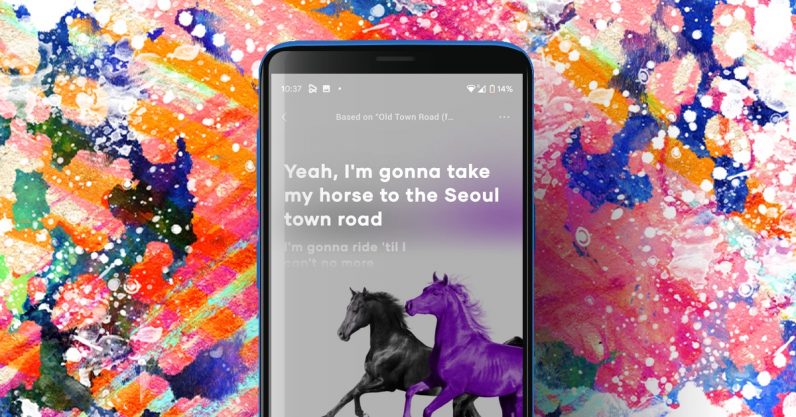 TikTok owner ByteDance has just started testing its music streaming app, Resso, in India and Indonesia. The TikTok-styled app was quietly released at the end of the last month.

A report from Bloomberg suggests the app was initially launched six months ago and has garnered over 27,000 users. Now, it’s available on the Google Play Store and the App Store in these countries. The app is free to use with a premium tier offering at Rs. 119 ($1.68) – the same as Spotify.

I’ve spent a couple of hours with the app, and it clearly isn’t anything like traditional music apps. It follows TikTok’s design principles – you have to just swipe up to change songs.

You’ll also see a video or a GIF playing in the background –just like TikTok videos – with lyrics displayed on the screen. You can also choose from multiple videos for the same song. While some songs have official videos available, you can also select some user-generated videos. It almost feels like you’re in a Karaoke bar.

The app also has a very unique sharing UI. After you tap the share button, you can choose particular lines of lyrics of the song, a background image, and a font to build a story-like image. This format can be quite a hit for platforms like Instagram.

The music library is currently very limited. As per Bloomberg’s report, the company has only struck deals with India’s T-series and Times Music. That means it’ll miss a lot of international artists and their hit tracks – but it could be enough to get India’s Bollywood-loving junta on board initially.

We’ve asked ByteDance for more details on the catalog and the app’s roadmap, and we’ll update the story if we hear back.

At the moment, the app has no integration with TikTok. But after the success of songs such as Old Town Road by Lil’ Nas X which made it big on the platform, ByteDance bank on content virality to get more people to try Resso.

If you’re in India or Indonesia, you can check out the app on Android or iOS.