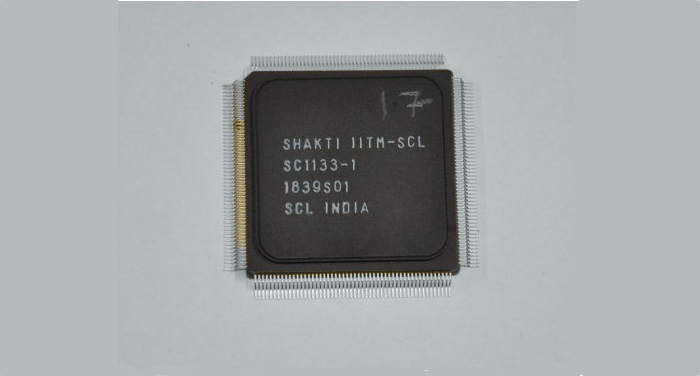 India has taken its first step in microprocessor development thanks to a research team of Indian Institute of Technology-Madras (IIT-M). The researchers have built the country’s first native microprocessor, ‘Shakti.’

The chip was manufactured at Semi-Conductor Laboratory of Indian Space Research Organisation (ISRO) in Chandigarh. Back in July, 300 units of an early version of the chip called ‘RISECREEK’ were manufactured at Intel’s Oregon facility in the US.

The project originally began in 2011, and was subsequently granted a funding of Rs.11 crore ($1.5 million) from the government in 2017. Professor Veezhinathan from Department of Computer Science and Engineering led the team at Reconfigurable Intelligent Systems Engineering (RISE) Laboratory, situated at IIT-M.

“We have proved that a microprocessor can be designed, developed and fabricated in India. This is important for the country,”  he told IANS in an interview. “All the countries would like to own the design part. Even from the security point of view, indigenous design gains importance”

Veezhinathan added that the microprocessor’s design is based on an open Instruction Set Architecture (ISA) named RISC-V. This means anyone can design, manufacture, and sell chips based on this architecture.

He also noted that the chip fabricated in India used a 180nm process as compared to 20nm for the ones made in the US. Because of that, the chip can’t power smartphones at this stage. Although, Veezhinathan said that it still can power smart gadgets like washing machine or a smart camera.

The team is also working on a microprocessor for supercomputers, named ‘Parashakti,’ which will supposedly release by the end of the year.

It is great to see India take a step in this field where other countries like the US, China, Korea, and Taiwan have been leaders for long.

Read next: This exchange turned a bus into a Bitcoin ad to bypass Google’s crypto-ban