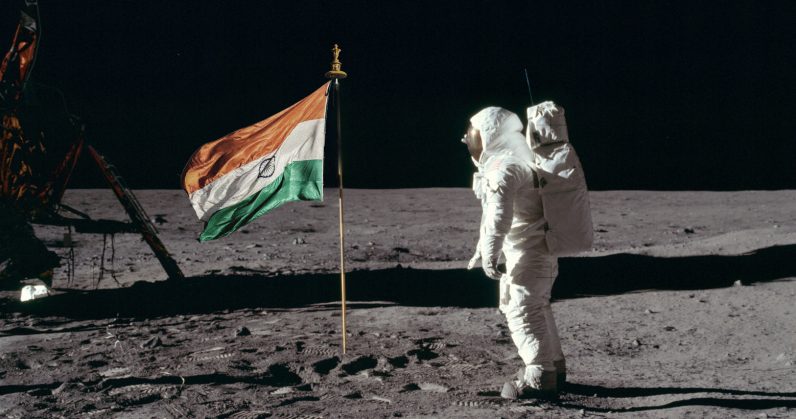 Addressing the nation on its 72nd Independence Day, Indian Prime Minister Narendra Modi announced that the country will send an Indian astronaut to space by 2022.

That’s big, because if India can make its Mission Gaganyaan happen, it will become one of the only countries in the world – along with the US, Russia, and China – to have pulled off a crewed space mission.

According to NDTV, the Indian Space Research Organization (ISRO) plans to send three astronauts into space over the next few years, with the first mission taking place within 40 months from now at a cost of Rs. 90 billion ($1.28 billion).

The planning phase of the first manned mission will see ISRO deploy its Geosynchronous Satellite Launch Vehicle Mark III (GSLV MK III) with a crew of three into a low earth orbit for five to seven days.

The GSLV MK III is the most powerful rocket ever made in the country; it was first launched in June 2017 to deliver a massive 3,135 kg GSAT-19 satellite into orbit, to deliver internet access.

The plan is to launch the rocket from a site at Sriharikota, located in the southern Indian state of Andhra Pradesh. It’s the same launch station that was used for the GSLV MK III’s June 2017 mission, as well as for the Polar Satellite Launch Vehicle’s mission to deliver a record-breaking 104 satellites into orbit last February.

However, these details haven’t been finalized, as neither the GSLV MK III nor the GSLV MK-II are man-rated yet; ISRO also told The Times of Times of India that it’s still scouting locations for the landing site that have no habitation around them, so as to play it safe.

This is a huge undertaking for India’s space agency; it’s been on the cards for over a decade now, and it’ll be interesting to see if ISRO is up to the challenge.