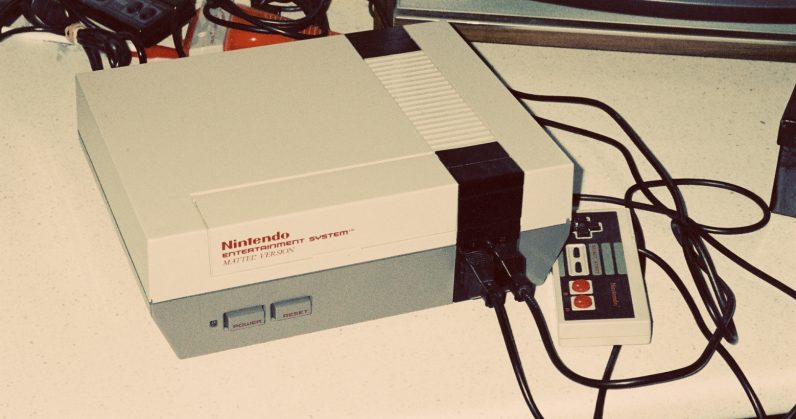 Some of my fondest memories from my childhood are of endless battles and co-operative crusades in a range of 8-bit video games with my older brother and our neighbors. In the small apartment complex we lived in in Bangalore, India, there was a buzz across the halls when the kids learned that someone had got hold of a new game.

You’d have to beg and plead for a chance to borrow the cartridge so you could play it at home, or ask to be invited over so you could get a chance to try it at their place. We were hooked on every Nintendo Entertainment System-compatible title that ever made it to India. Except, none of us owned Nintendo consoles.

Nothing replaces contra on a little master and a game boy.I love my toys #contra #littlemaster #gameboy #videogames pic.twitter.com/vgeav53J1t

That’s because the Japanese company never made a real attempt to enter the Indian market. 30 years later, I’m still mad that the closest I ever got to a Nintendo system was a knockoff by a local brand (I owned a Media Little Master like the one you see above), and that, as I grew up, the company’s popular franchises, like Zelda, Super Smash Bros., and Pokémon, were alien to me.

The same goes for every handheld gaming device it ever made, as well as every console, from the 16-bit Super NES, to the Nintendo 64, to the Switch that launched this year and sold 10 million units in just nine months.

You’d think that a nation with a billion people would be enough to tempt Nintendo to try and sell its games here, but it’s still holding out on India, roughly three decades since it began making electronic games.

To find out why, I spoke with journalist Rishi Alwani, who’s been actively covering the global and domestic gaming scene from his home base of Mumbai, India, for years now.

In a piece chronicling the history of gaming in India in the 80s and 90s, Alwani noted that Nintendo once did arrive on Indian shores: in the mid-80s, it licensed its consoles to Samurai, a local vendor, as foreign companies weren’t allowed to set up their own operations in the country then.

However, according to Rakesh Dugar, managing director of Mitashi Edutainment, which entered the gaming industry in India back in the day, Samurai failed to sell “even 200 to 300 machines across the country in a month,” likely owing to what was perceived as a high price tag for children’s toys, and distribution difficulties.

That was perhaps the last India saw of Nintendo — well, officially, anyway. Knockoff consoles were sold with game cartridges that packed hundreds of titles each; in subsequent years, the company’s handheld consoles and games were available on the gray market, considerably marked up as they were smuggled in illegally.

I don’t recall seeing the N64 or the Gamecube much in all my years at school. But later on, the Wii began to arrive, and while it wasn’t sold through official channels with Nintendo’s support, game publishers did sell Wii titles in retail stores, just as they did with Sony and Microsoft’s consoles that were officially available.

Why hasn’t Nintendo bothered with India for three decades?

“A lot of it has to do with Nintendo’s focus on the whole, and it’s not just with the Switch,” Alwani explains. “Recently, we’ve seen this with their mobile offerings: Miitomo came in super late after it was released elsewhere, and Fire Emblem and Animal Crossing haven’t been released in India yet. I believe that it comes down to what retailers and distributors have been telling me: that Nintendo would rather focus its efforts on the Middle East and Europe, because those are simply larger and more receptive markets.”

If you look at gaming as a whole in India, the market is still pretty small and revenues are low, said Alwani:

With the PlayStation, you’re looking at an install base of between 220,000-250,000 units across the country; and with mobile, most of the money developers earn are through ads, and not through outright or in-app purchases. So unless publishers can figure out a better monetization model, it’s not likely that they’ll do more than they are in India right now.

Will Nintendo ever care to enter India officially?

As far as Nintendo is concerned, Alwani feels that the market is only as tempting as it’s ever been, which isn’t saying much:

Nintendo didn’t care to do much when the Wii was a big deal. Given that that console was their biggest success of all time – if they weren’t interested in India then, there’s no reason for them to get excited now. And honestly, I don’t think it’s a big problem for gamers here.

While it would be nice to see Nintendo launching its wares through official channels here, at least you can still get your hands on their products. The gray market has actually been extremely efficient in sourcing the Switch, and newly launched titles for the system – so much so that we’ve been able to review new games at Gadgets 360 within a week of their release just by picking them up from the gray market.

There are even some publishers who are making titles available through legitimate online and offline retail channels and at fair prices, like Ubisoft, and Warner Bros. – basically, anyone who’s not Nintendo is doing business here. As long as the size of the console gaming market is large enough, these publishers are happy to sell their games here.

Nintendo is also notoriously standoffish when it comes to offering information about its plans, so it isn’t likely that we’ll hear anything until we see the company actually make a move in India. Alwani added, “I honestly don’t know why Nintendo doesn’t care to court India. There shouldn’t really be any reason for the company to stay away, but it doesn’t seem like anyone there is remotely concerned about entering the market here. It’s impossible to get a word out of them even for press coverage.”

No wonder I’m still playing games only on my crappy PC.

Read next: Master Excel skills that’ll dazzle your bosses, and learn how for under $50