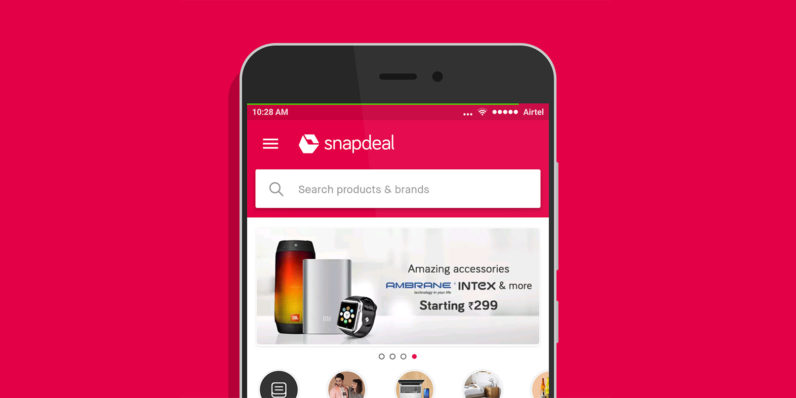 A story about Snapchat on Variety from last week highlighted an alleged comment made by CEO Evan Spiegel: “This app is only for rich people. I don’t want to expand into poor countries like India and Spain.”

Spiegel’s alleged remark was recounted by ex-employee Anthony Pompliano in a lawsuit over the company’s misconduct with him, with incidents dating back to 2015. While the company has rubbished the claim, calling it ‘ridiculous’, the backlash from Indian mobile users has affected not only Snapchat’s ratings, but also those of a similarly named ecommerce app – Snapdeal.

Snapdeal, which runs an online store with a wide range of products, similar to Amazon and Flipkart, has been receiving 1-star ratings on its Android and iOS apps since the Variety story began doing the rounds: it looks like people are mistaking the company for Snapchat. 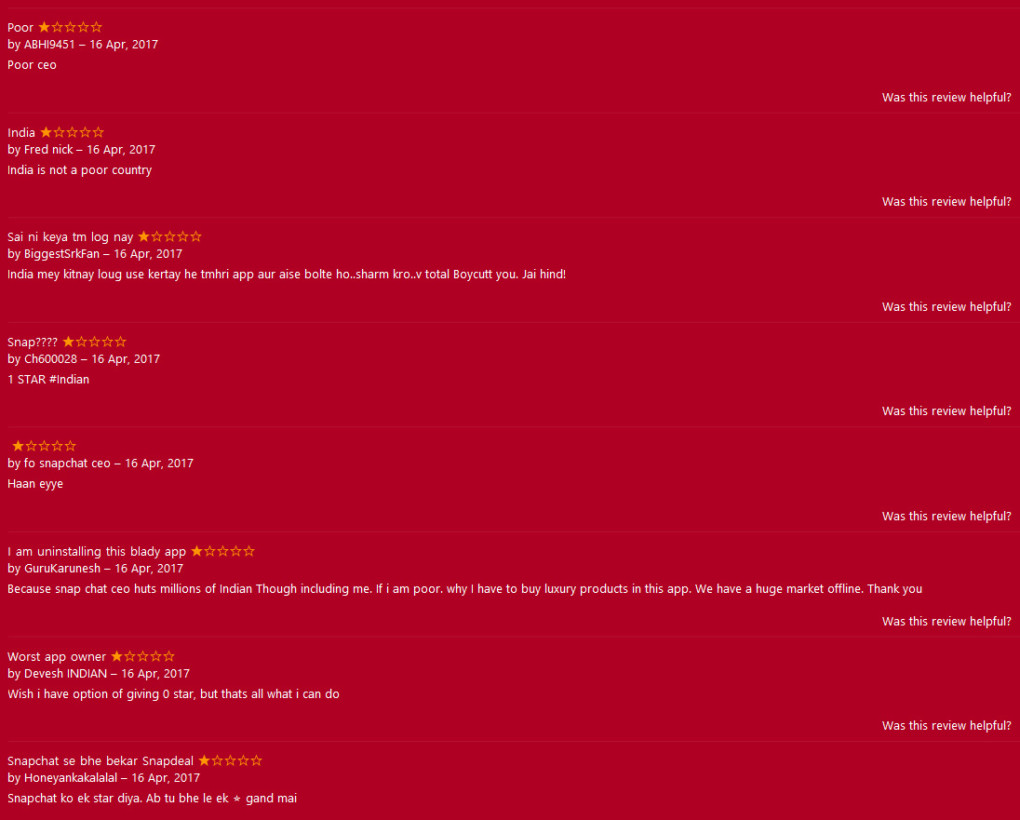 Indians posting negative reviews on Snapdeal because they mixed it up with Snapchat is my favourite internet moment today. 😂😂😂 pic.twitter.com/TrW8PQX852

@krazyfrog @srivatsayb Patience. Some are uninstalling Snapdeal saying it's a 'sister company.' Wait till they realise their phones have Snapdragon processors. :-)

Interestingly, some people saw sense and headed to both app stores to give Snapdeal 5-star ratings to help bring the average score back up.

But some folks in India are still disgruntled by Spiegel’s alleged comment. As a result, not only has Snapchat’s app received negative reviews, but so did Spiegel’s fiancée Miranda Kerr’s recent Instagram posts, as BuzzFeed noted: 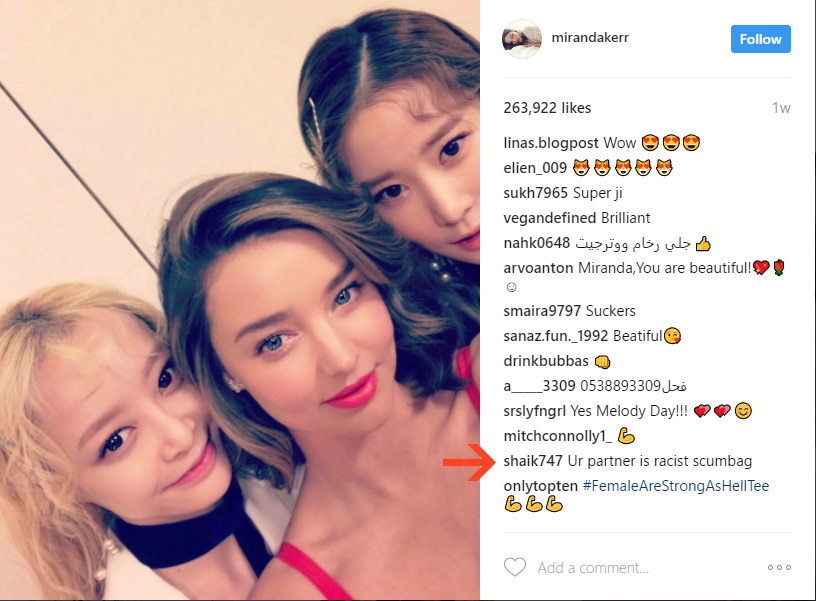 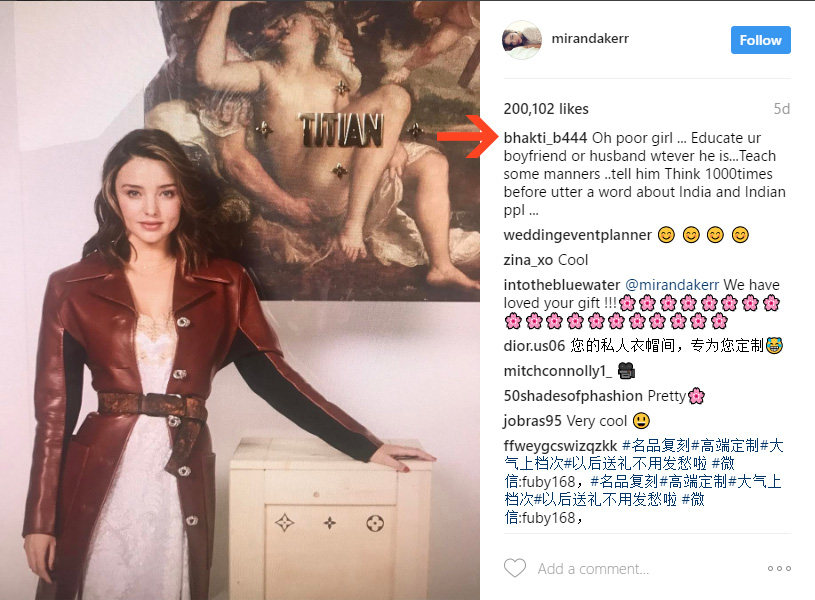 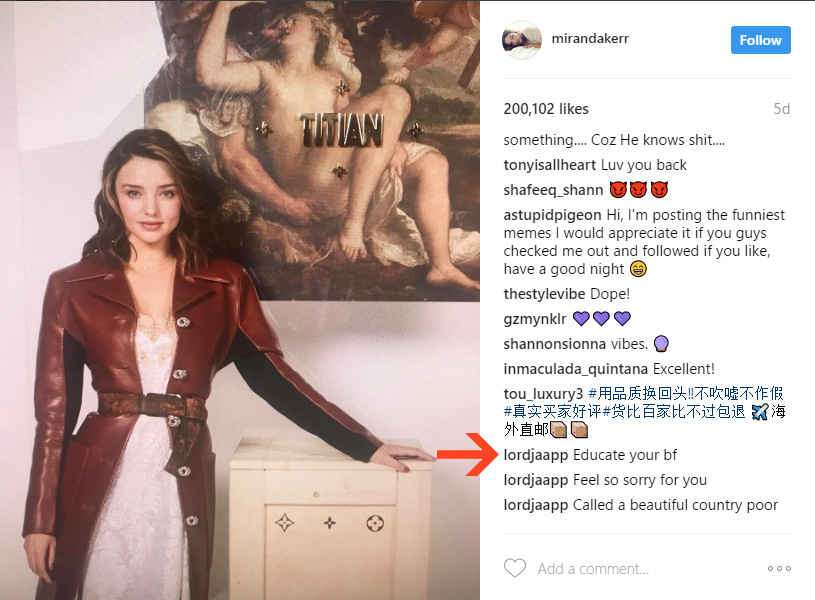 Clearly, this is going to be one hell of a challenge for Snap Inc’s PR team to fix. A company spokesperson told FactorDaily:

Those words were written by a disgruntled former employee. We are grateful for our Snapchat community in India and around the world.

That may not be enough to pacify Indians who are feeling so insulted that they can’t even correctly identify the app they’re enraged by.

Read next: Cleveland man who posted murder video on Facebook still at large