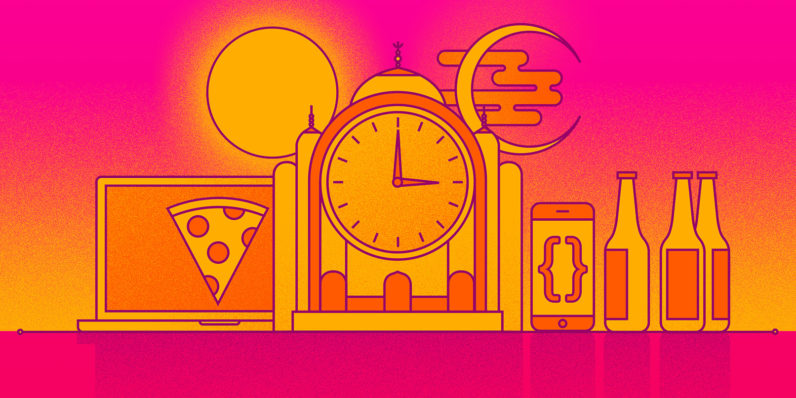 Joy knows no bounds when you come home with a job offer after spending nearly 36 hours hacking away with friends, food, caffeinated drinks and sleeping bags. Just ask Mukund Desai, one of the winners of the MAST Global/L Brands Hackathon. “The winning feeling took a bit of a backseat as we were supercharged by the competitive atmosphere. Bonding with my friends and solving the problem statement gave me a lot of satisfaction,” he said.

Desai’s winning submission revolved around an agnostic content player that could read and play content of all mediums and varieties. His creation scored him an Android Developer position at MAST Global.

India is presently witnessing a sea-change in the ways companies are hiring developers. Slowly fading are the days of stuffy office interviews, six rounds of annoying questions such as ‘why do you feel you are a good fit for this job?’, extensive résumés and vying for open positions with the odds stacked against you– true coding talent is now more easily spotted at a hackathon.

Built on the philosophy that great ideas exist in all of us and cannot be defined by one’s academic background, the hackathon is a culmination of like-minded individuals who pit their wits against each other as they attempt to solve a common problem. Good ideas are often borne from an atmosphere of innovation that most of these events aim to create; the best ideas lead to cash prizes, bragging rights, swag and even job offers.

Desai and his friends were aware of over a dozen hackathons in 2016 that reached him via email, social media and offline marketing. While he hasn’t heard negative remarks surrounding the culture, he feels the idea of a hackathon could have less to do with just rewards and more on brainstorming, ideation and teamwork skills.

India is indeed going through a phase in which everyone from major multinational tech firms to the startup in the bungalow next door is focused on building out their teams with the right talent. Hackathons have proven to be an engaging and effective recruiting option to enable this over the past few years. One such company is Bangalore, India-based logistics firm Instavans.

“Traditional HR methods only take you so far when it comes to selecting the right candidate for the right company. Being a startup, our processes and strategies are fluid and not set in stone. Hence it was easier for us to embrace this new trend of hiring top talent,” says Sanjay Shah, co-founder of Instavans. “Associating your brand with a cool, new and fun mode of coding, networking, mentoring and ultimately a job always has its benefits,” he adds.

Well before the hacking begins, someone needs to take responsibility for inviting the right candidates and spreading the word about the event. That’s what hiring disruptors do: these firms works with companies to understand their recruitment requirements, conceptualize hackathon challenges and facilitate the actual event and processing of participants’ entries.

One such hiring disruptor is Venturesity, whose founder Subhendu Panigrahi is adamant the hackathon culture will grow from strength to strength in the next two years. His company began running events for startups and has since signed on the likes of Amazon, Axis Bank, DigitalOcean & CeBIT for hackathons.

Your branding & marketing gets a great boost when college students and job seekers see their weekend plans turning into something fun, innovative and cool with a great big carrot at the end.

He believes that the hackathon space will grow rapidly in India and welcomes competition:

The market for hackathons is rich as companies are rewarding great coding talent here. In the next couple of years, hackathons will grow even further with disruptors turning to apps to deliver the hackathon model via an e-commerce model.

One can only hope the learning never stops.

Read next: Alphabet's X tells the story behind Gcam, the software that powers Pixel's camera