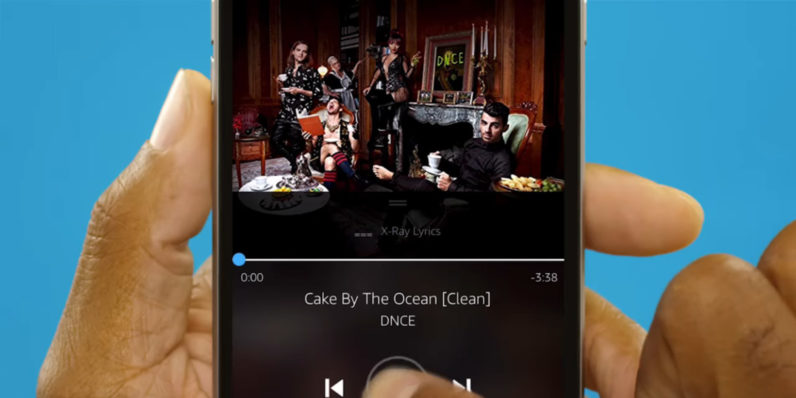 Amazon is reportedly gearing up to launch its streaming music service in India early next year, reports The Economic Times.

That’s based on accounts from numerous production firm executives who say the company is in talks with local record labels to acquire streaming music rights in the country.

There’s certainly good reason for Amazon to do so; According to a Deloitte report from 2015, India will see 273 million people subscribe to streaming music services by 2020. The market is estimated to grow to about $475 million by then.

Amazon India declined to comment. Should it launch a music service in India, it’ll not only have to offer localized pricing (rival services charge between Rs. 99 ($1.5) and Rs. 120 ($1.85) per month) but also consider creating exclusive content to win subscribers over.

While Apple Music offers international programming like Beats 1 radio as an add-on, it’s only managed to garner about 400,000 subscribers in India. Local players like Gaana and Saavn, which boast millions of paying customers, are working on unique pieces of content that includes exclusive releases, a platform for indie artists and reviews of new music from established performers.

Amazon previously launched its Prime Video service in India, as well as the rest of the world, last December. It bundled the service with its Prime delivery service and offered a mix of local and international movies and shows.

It’ll also be interesting to see how Amazon intends to roll out tunes in India; it’s Prime Music service in the US offers a limited catalog of about two million songs for free to Prime subscribers, while Amazon Music Unlimited serves up a much larger library and starts at $4 a month for Echo/Dot/Tap users, and goes up to $15 a month for a family plan that covers up to six people. It isn’t immediately clear which of these Amazon will make available in the country if it goes ahead with the rumored plan.

Read next: Laptops and tablets are now banned in cabins on some US-bound flights [Updated]