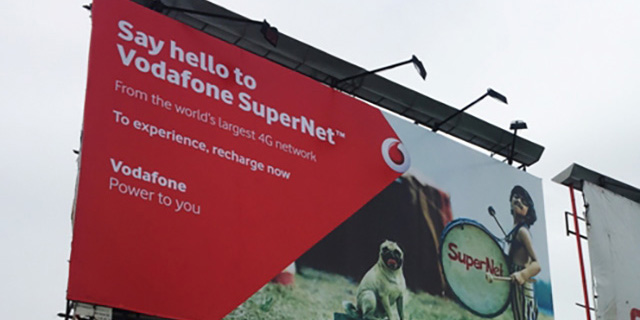 The past several months have seen India’s wireless services industry hot up like never before, with the entry of Reliance Jio which launched free voice calls on its new service last September and rivals offering deals to woo new customers or maintain their existing user base.

That’s how things go in the world’s second-largest mobile market. But now, it’s going to be shaken up by a mammoth deal, as UK-based Vodafone has agreed to merge with local incumbent Idea Cellular to create a new firm with a combined customer base of 395 million subscribers. For reference, that’s well more than double of either Verizon and AT&T’s figures in the US. That equates to roughly 35 of the market, making it the single largest carrier in the country ahead of Airtel.

The new business, which was being discussed back in January, will have an enterprise value of $23.2 billion once the deal is finalized in 2018. Vodafone will own 45.1 percent of the combined company, while Idea’s parent firm Aditya Birla Group will have a 26 percent holding; the remainder will be held by the public.

It’ll be interesting to learn what this means for consumers. As more mobile subscribers make the jump to smartphones and 4G connections, we’ll hopefully see significantly cheaper tariff plans than what’s currently on offer across the country over the next year.

Read next: Sign this petition to help prevent internet blackouts in India