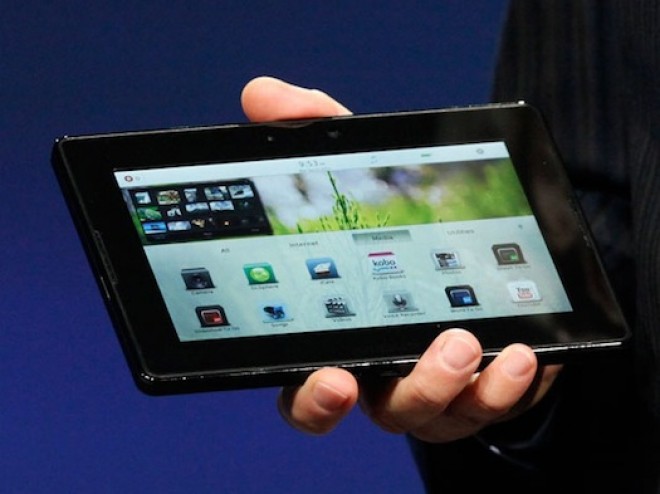 RIM’s PlayBook tablet device has been widely heralded as a disastrous product, which some analysts are calling its albatross. However, there is some positive news in spite of an avalanche of negativity, as Indian newspaper Economic Times reports that 12,000 of the devices were sold in the country over the last four days.

There is a catch, as the devices were part of a festive sale, that ended 31 December, which saw the price of the tablet reduced by more than 50 percent. The report states that the two retailers, Redington and Ingram, were so overwhelmed by customer demand that sold out their allocation and thus must wait on RIM for more devices.

Both retailers acknowledged the heightened interest in a statement to Economic Times:

This limited festive offer has propelled a huge surge in PlayBook purchases in the last few days. We have sold over 12,000 PlayBooks across the country within these four days of the offer period, which ended on December 31, 2011.

The interest came as the sale saw a reduction of more than 50 percent applied to each model (US dollar figures are estimates):

The sale is not the first time that RIM has used an occasion to push the PlayBook in India. An initiative offering free BlackBerry smartphones to buyers of the tablet ran during Diwali — a major religious festival in India — but the latest play was so successful that RIM is looking to extend it by a week.

RIM managing director in India Sunil Dutt said that he was “pleased to see the excitement and overwhelming response” to the offer and, with the PlayBook scoring some uncharted success amongst consumers, it will be interesting to see if the demand will remain high during this extension.

RIM has also put the PlayBook on sale across a number of other countries worldwide, but it seems that its efforts have borne more fruit in India, where the country’s fledging tablet market is showing promise for 2012.

Apple products have gained little ground amongst the majority of Indian consumers due to their excessive price, as the November launch of the iPhone 4S in the country showed. Android tablets and other lower-budget devices are increasing in numbers in India, led by the Akash, a government-sponsored device that retails at just $45.

The Akash sold out in less than a week, being snapped by large numbers of students, and maker Datawind followed that success by announcing the availability of the Ubislate, which it claims is an upgraded version of the Akash. Selling for $55, the Ubislate brings GPRS Internet access to the device — allowing users go online anywhere using a SIM card —  but it remains to be seen how it will compete in an increasingly busy space in India.

With its population of more than one billion increasingly empowered by growing wealth and an interest in technology, it isn’t just smartphones that have the potential to grow significantly in India, as tablet makers look to the country.

Last year, RIM was forced to call rumours that the tablet series was being discontinued “pure fiction”. Its sluggish performance – which has seen shipments dip way below RIM’s own predictions – has had repercussions for one of its manufacturers in Taiwan who was forced lay-off 1,000 workers after reduced orders.

Read next: Design Students: Discover and showcase your work with Student Show by Behance