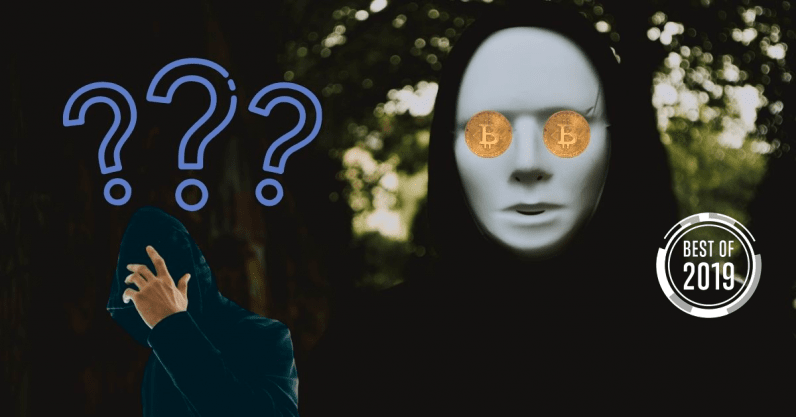 One of today’s greatest technology mysteries is not how Bitcoin works, but who created it.

On October 31, 2008, someone, somewhere, published Bitcoin‘s white paper on a cryptography mailing list under the ‘Satoshi Nakamoto‘ pseudonym.

It’s been well over 10 years but despite the many Faketoshis, we aren’t any closer to knowing who the real Nakamoto is.

There have been many candidates, some of them even self-nominated (aka Craig Steven Wright and most recently James Bilal Khadid Caan), but none have been able to deliver definitive evidence to prove their outlandish claims.

The lack of concrete proof has led to a wave of speculation with many pointing fingers at several pivotal figures.

Here is, in no particular order, an overview of the standout Nakamoto candidates.

Born on May 4, 1956, Harold Thomas Finney II was a developer for the PGP Corporation and led the development of several console games throughout his career.

Finney was also an early Bitcoin contributor and received the first-ever transaction in the cryptocurrency from Nakamoto.

For 10 years, Finney lived in the same town as Dorian Satoshi Nakamoto, adding to the speculation that he could have created the cryptocurrency.

In March 2013, Finney posted a message on industry forum BitcoinTalk saying he was paralyzed but continued to program until his death. He was in fact working on experimental software called bcflick, which leverages trusted computing to boost Bitcoin wallets.

During the last 12 months of his life, Finney’s family received anonymous phone calls demanding an extortion fee of 1,000 BTC.

They were also victims of swatting – a hoax where a scammer calls the emergency dispatch using a spoofed telephone number and pretends to have committed a crime to prompt the arrival of armed police.

Finney, who unfortunately passed away on August 28, 2014 at the age of 58, denied he was Nakamoto.

Nick Szabo is a computer scientist, legal scholar, and cryptographer known for his research into digital contracts and digital currency.

In fact, he developed the phrase and concept of smart contracts, which play a significant role in cryptocurrency systems and blockchains.

Szabo created a mechanism for a decentralized digital currency called Bit Gold. It was never implemented but many believe it served as a direct precursor to Bitcoin‘s network architecture.

Speculation about Szabo being Nakamoto has been rife despite him denying repeatedly denying the claims.

David Kleinman, a computer forensics expert, wrote and co-wrote several books. He was also a frequent speaker at security-related conferences and events.

Back in December 2015, Gizmodo reported that Kleinman may have been involved in Bitcoin‘s creation, a claim largely based on documents sent by Wright, who was claiming to be the real Nakamoto.

In May the following year, Wright told The Economist the same thing.

Kleiman sadly passed away in April 2013.

In February 2018, Kleiman’s brother Ira, the executor of his state, started a lawsuit in the US District Court for the Southern District of Florida against Wright over the rights to anything around 550,000 to 1,100,000 BTC.

As part of the lawsuit, Ira claims Wright defrauded the estate of Bitcoins and intellectual property rights, claiming Kleinman was one of Bitcoin‘s early pioneers and worked alongside Wright to launch the cryptocurrency.

So, there you have it. There are several standout candidates to being Satoshi Nakamoto, which for some reason or another, the media thought plausible.

But the truth is, it’s possible Nakamoto may never come forward. He may even no longer be with us, but this won’t deter Faketoshis from doing what they do best: stake a claim to what isn’t theirs.

In the meantime, and until someone is able to move Nakamoto’s coins or sign a message with the genesis block keys, the search for Bitcoin‘s first true billionaire is likely to continue.

Read next: Ignore these 3 cybersecurity risks at your own peril