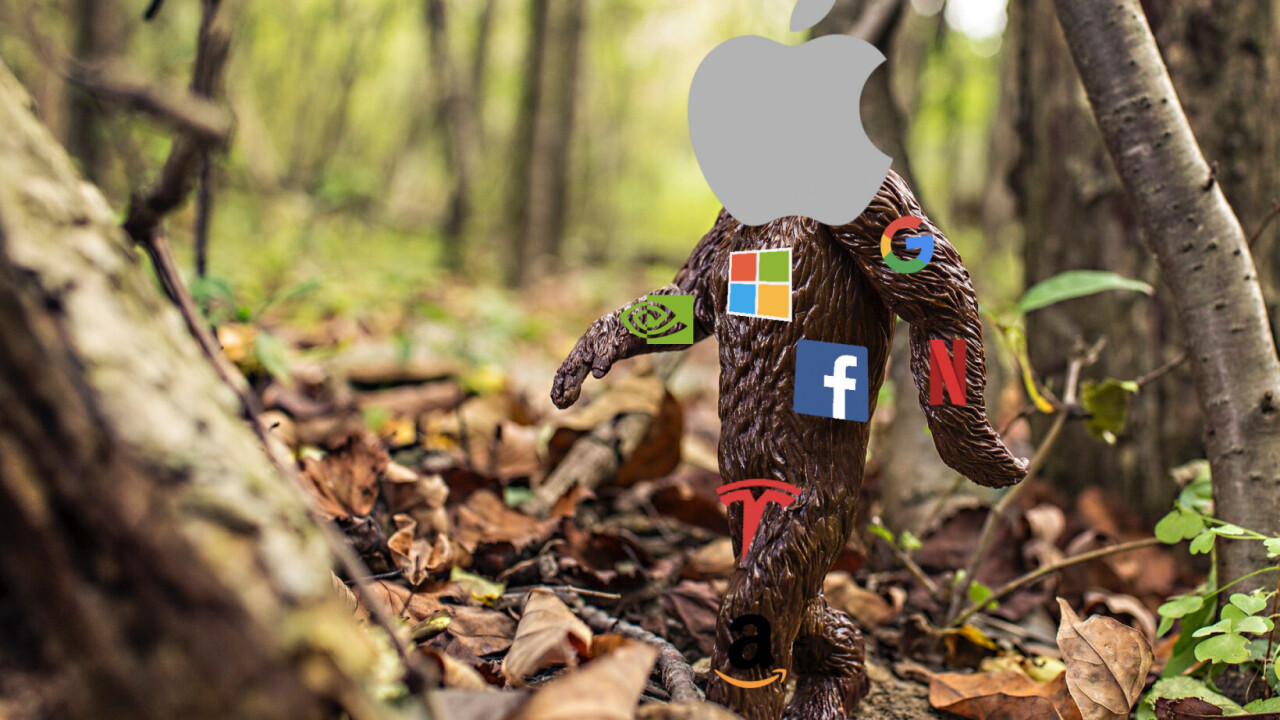 The market value of FANTAMAN — the amalgam of prominent tech stocks led by Apple and Microsoft — has swelled by a gut-punching $1.87 trillion this year, representing 36% growth in just seven months.

FANTAMAN may seem merely a catchy iteration of Wall Street insider acronyms like FANG. However, it’s no joke. FANTAMAN represents the most powerful tech companies in the US: Facebook, Amazon, Netflix, Tesla, Alphabet, Microsoft, Apple, and NVIDIA.

Collectively, those eight companies are worth $7.267 trillion. To help put the sheer size of that number in perspective, that’s $2 trillion more than the combined GDP of the United Kingdom and France (in 2018).

FANTAMAN encompasses many of this year’s market storylines. Take ecommerce giant Amazon: at the start of the year, it was valued at just under $1 trillion, virtually equal to Google parent Alphabet.

But as the coronavirus pandemic unfolded, the dramatic shift to remote work and education drove demand for online shopping, but sank Google’s advertising revenue.

Both companies would go on to secure that third comma, but Amazon’s relentless stock rallies have solidified its place as by far the third-largest in the US, with a market cap of $1.52 trillion. Alphabet‘s is currently $1.06 trillion.

There’s also Tesla, the electric car slash battery wunderstock. Its market cap has more than tripled, making Elon Musk one of the richest billionaires in the world.

Not to mention, NVIDIA eclipsed Intel to become the most valuable US chipmaker last month, a feat no company had achieved since 2014.

The best and worst days for FANTAMAN this year

FANTAMAN recently had some of its best market days; two of its biggest daily value increases occurred in July, when it grew $242 billion on the 6th and $298.2 billion on the 20th.

But there were definitely some grim moments. March 16th, which has since been labeled “Black Monday II,” wiped more than $611 billion from FANTAMAN’s value — nearly six times Bitcoin’s entire market cap lost in just one day.

As for what’s next for FANTAMAN and its constituents: the burning question for finance fans is whether the S&P 500 index will adopt Tesla now that it’s returned four consecutive profitable quarters.

While there’s no certainty and this shouldn’t be considered investment advice, some analysts say the S&P nod could push Tesla‘s stock price even higher. That, of course, would only serve to add to FANTAMAN rotund girth in the second half of 2020.