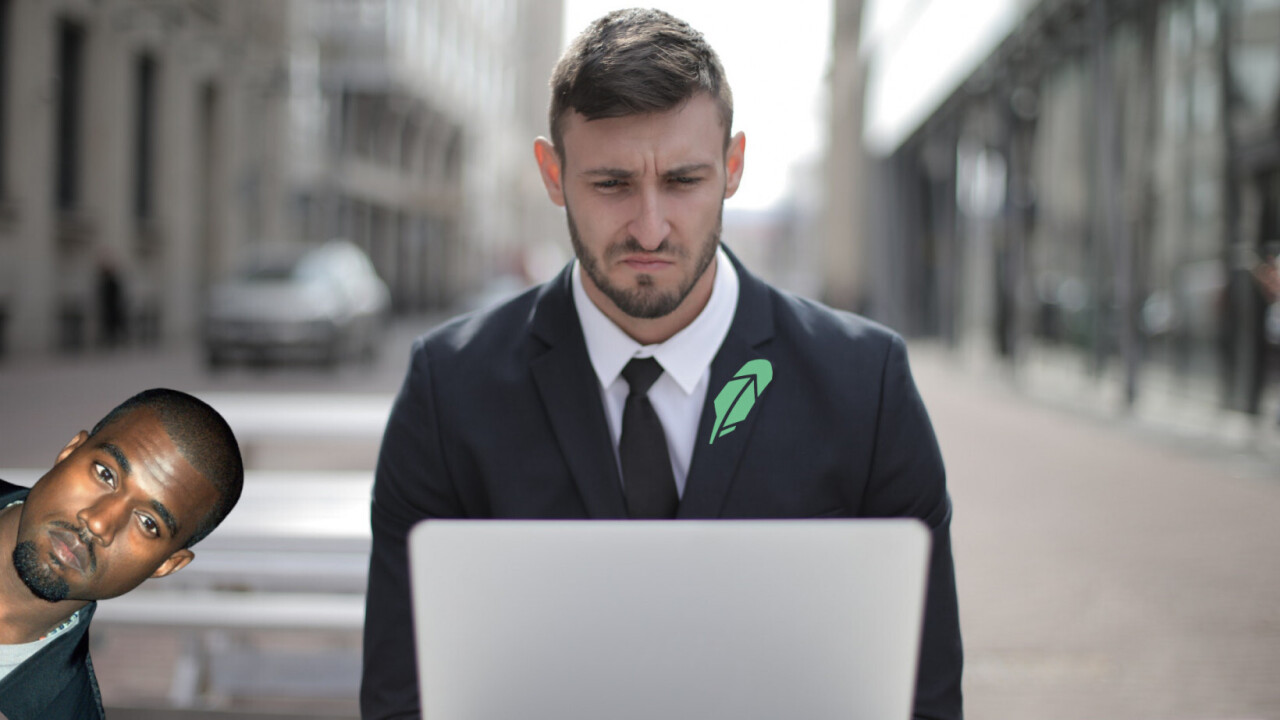 As hype surrounding the partnership cooled, GAP stock would fall more than 20% from its $14.44 peak. Now, more than a month later, West’s relationship with GAP has again influenced the company’s stock price; it sank 6% on Monday morning after West threatened to walk away from the deal during an appearance at an event on Sunday night.

This put GAP stock down more than 26% for the year-to-date.

But while West’s apparent influence over GAP’s share price might concern potential investors, it’s the tens of thousands of Robinhood traders who are at immediate risk of being stuck “holding the bag” — a term for those unfortunate souls that stubbornly hold onto an investment that depreciates massively in value.

Kanye West and GAP: A recipe for bagholding

To get a better idea of how many Robinhood traders were attracted by West’s 10-year Yeezy deal with GAP, Hard Fork analyzed the company’s stock movements against the popularity data provided by Robintrack.

Updated hourly, Robintrack provides the number of Robinhood users holding a stock at any point in time. While it doesn’t tell us how many shares a user owns, or their trade position, it does provide an idea of the general sentiment of the Robinhood userbase overall.

(NB: It needs to be clarified that the numbers in this article refer to the minimum provable number of new holders. If there were 10,000 $GPS holders at midday and 15,000 at 5PM — one can only prove the existence of 5,000 new holders.)

In the lead-up to trade opening on the morning of June 26 (the day the West/GAP deal was made public), there were some 12,000 Robinhood users owning GAP shares.

One hour later, there were more than 20,000 Robinhood users holding GAP. The West deal had suddenly attracted nearly 8,000 new investors to GAP, a loss-making venture that’s mostly out of money due to the coronavirus pandemic.

Fast forward to July 7, and 96,563 Robinhood users had bought in, and 87% of those came after word of the West/GAP deal first broke.

Unfortunately, it’s hard to know at exactly what price those traders bought in. But, we do know Robintrack recorded nearly 20,000 more holders during the first five hours trade on June 26, when GAP stock traded between $14.44 and $11.92.

GAP stock currently trades at $12.69, which means a huge bulk of Robinhood users are still counting on GAP to one day trade well beyond $14 in order to turn a profit.

As for how many traders gave up on GAP following West’s latest on-stage rant: 2,207 sold all their $GPS stock when trade opened on Monday morning.

At pixel time, there were 87,398 Robinhood users with GAP stock in their portfolios.