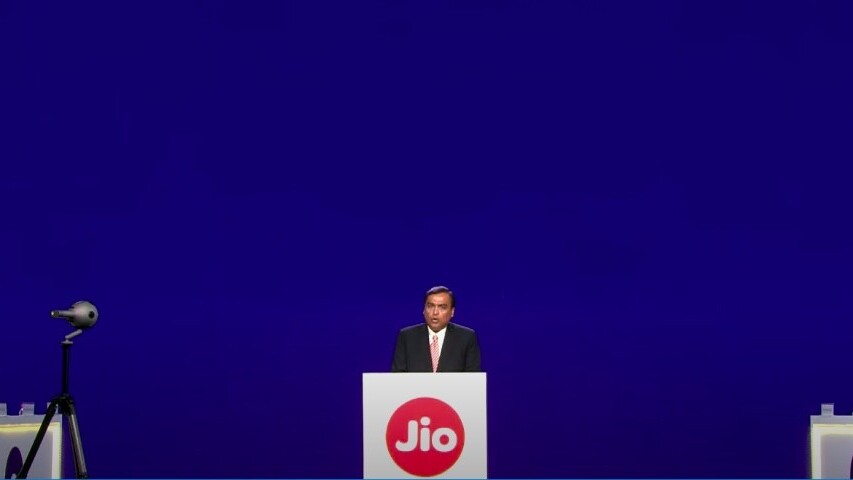 Google has just invested $4.5 billion in Reliance Jio Platforms in exchange for a 7.7% stake. The Indian company made this announcement at its Annual General Meeting (AGM) today.

Earlier this week, the search giant said it’ll invest $10 billion in India within the next five to seven years. Google’s investment in Jio covers more than 45% of the promised money.

Yesterday, Bloomberg report that Google was in early talks with the Indian company for an investment of more than $4 billion.

After this investment, Reliance Jio has now raised over $20 billion this year by giving up more than 33% in the company.

Mukesh Ambani, Chairman of Reliance, said that with this investment, it’s closing this round of raising money. The company has raised more capital in 2020 than all Indian startups combined in 2019.

Ambani also said that Reliance Jio will work with Google to create an Android fork that’s tuned to India.

Everyone should have access to the internet. Proud to partner with @reliancejio to increase access for the hundreds of millions in India who don’t own a smartphone with our 1st investment of $4.5B from the #GoogleForIndia Digitization Fund.https://t.co/1fP8iBZQfm

Under its ‘Next Billion Users’ program, the search giant has launched multiple products and initiatives tuned to the Indian market. Jio is the country’s leading mobile network provider with more than 388 million users on board. The company will expectedly play a key part in bringing new users online, and it’s not entirely surprising that Google wants a bite out of that pie.