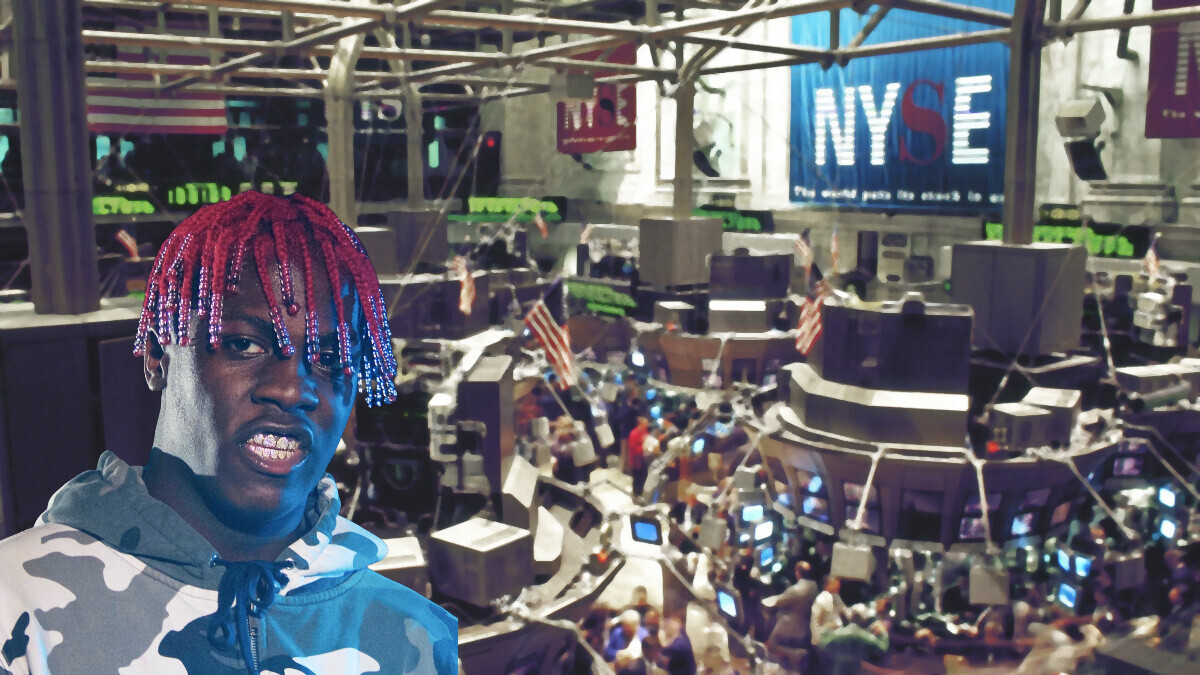 There’s a theory that posits records released by Lil Yachty cause the stock market to crash. And so, a resourceful trader might look to sell stock just before the US rapper drops new music.

Indeed, online trading communities like Reddit’s /r/wallstreetbets regularly debate whether to exit their positions ahead of Yachty releases, albeit sarcastically.

[Read: The ‘average’ Robinhood trader is no match for the S&P 500 — just like Buffett]

In fact, the correlation between his records and falls in the S&P 500 (SPX) is so pronounced that posters even joked about the potential effect of Yachty crashing his red Ferrari on the Atlanta Freeway late Tuesday evening.

Lil Yachty in the news: Good or bad for stocks?

Hard Fork attempted to prove the supposed Lil Yachty/SPX connection. On the chart below, the green line depicts SPX’s market performance since 2015 (the year that Yachty released his first EP Summer Songs, specific date unknown according to Wikipedia).

Note that the entire year is basically a write-off: sideways overall with a giant dip in the third quarter.

Yachty’s second self-released EP, Hey Honey Let’s Spend Wintertime On a Boat, dropped on Christmas Day 2015. The SPX would go on to suffer a significant drop in early 2016, down 9% for the year by February 8, before bouncing back (hard).

But Yachty’s first mixtape doesn’t appear to have had much effect on the US market. In fact, the SPX seems to have shrugged off the release of Lil Boat with ease.

That is, until Yachty dropped his second mixtape, second, third, and fourth EPs in quick succession in mid-2016. If this theory is to hold any weight, the story would go that the sheer volume of Yachty bars battered the US economy into retreating for the next month.

While it doesn’t show readily on the chart, the SPX actually dropped a few points on the day that Yachty released his first full-length album Teenage Emotions almost a year later, but the damage would be short-lived.

The alleged downward economic pressure of Yachty’s music is most apparent upon the release of his second and third LPs, which peaked near the top of the US charts.

But again, the chart shows SPX recovering (and then some) … right up until the release A-Team on February 28 this year.

Over the next month, the stock market (as represented by the SPX) would go on to suffer once of its most devastating crashes in history. By the March 23, the SPX had fallen by 24% — nearly a quarter of its total value evaporated in the wake of Yachty’s third mixtape.

Of course, that coronavirus thing happened, but the dates do line up. For what it’s worth, SPX rose in the days following the release of Yachty’s fourth studio album Lil Boat 3 on May 29 this year.

And as grim as the circumstances are, the S&P 500 has fallen since Yachty’s Ferrari crash on Tuesday night: it’s down more than 2% at pixel time, which doesn’t sound like much, but it’s significant when looking at such a broad index of stock.

The real question will be: does this trend continue? Lil Yachty is readying to share his fifth LP, End of the Summer, sometime in August — the stock market should be thankful that it’s not another mixtape, those seem to hurt.