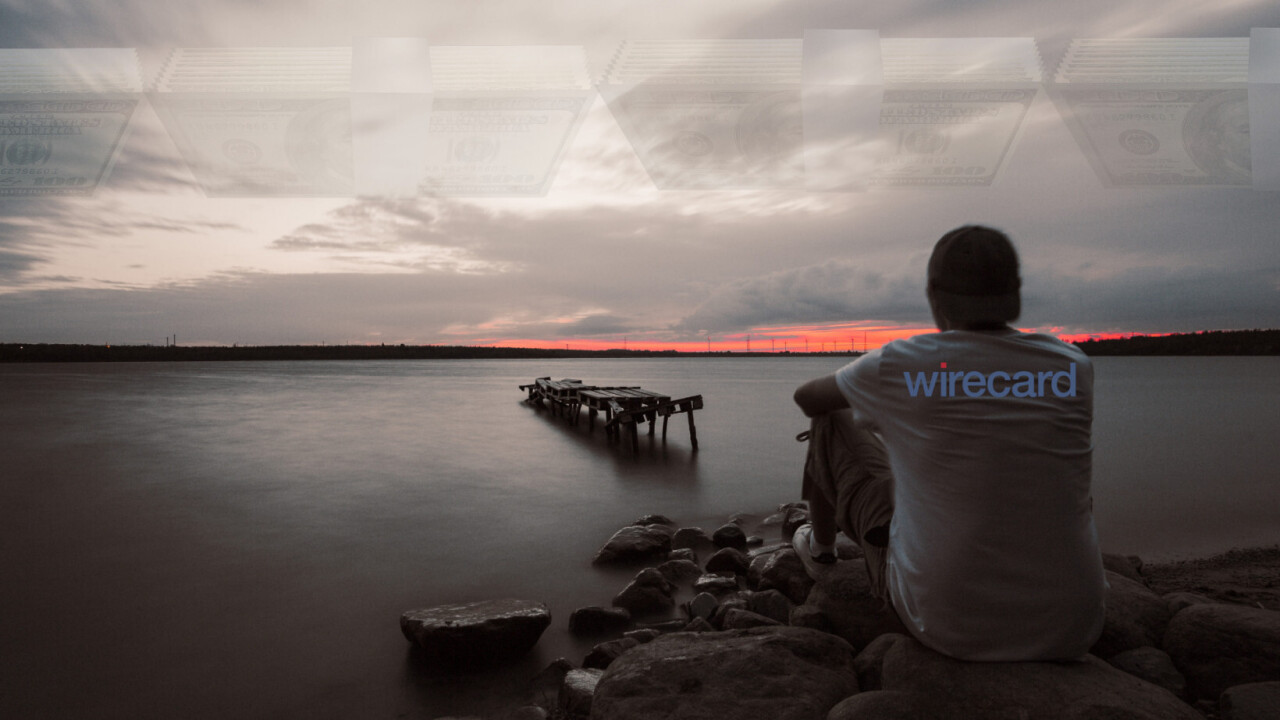 Mystery surrounds billions of euros missing from embattled German fintech firm Wirecard, a scandal that’s not only rocked its share price, but caused its billionaire CEO Markus Braun to resign.

Stock in Wirecard, which serves as a middle-man for international ecommerce, has crashed almost 90% since the company admitted EY auditors had failed to trace 1.9 billion euros ($2.1 billion) last Thursday — cash that represents roughly two-third’s of the company‘s revenue from 2019.

[Read: 3 tech stocks that surged in price this year — but didn’t get much attention]

Today, Wirecard conceded the prevailing likelihood is that the related bank trust account balances “do not exist,” and effectively blamed the snafu on a supposedly untrustworthy third party business.

“[Wirecard] continues to investigate whether, in what way and to what extent this business was actually carried out in favor of [Wirecard],” said the company in a statement.

It’s a sign that long-standing accusations that the company had been cooking its books could finally be proven true. Last year, the Financial Times reported evidence provided by a whistleblowing employee that showed three Wirecard execs working out of Singapore had created a fake paper trail consisting of forged invoices and agreements in a bid to inflate revenues across Asia.

Cash would allegedly flow from a German bank owned by Wirecard and show up on the balance sheet of an overseas subsidiary, leave to sit briefly in the books of a third-party “customer,” only to finally arrive back in Wirecard‘s account in yet another country as totally legit revenue.

Last Thursday, Wirecard confirmed its external auditors had found “indications that spurious balance confirmations had been provided” to weave “a wrong perception of the existence of such cash balances or the holding of the accounts for to the benefit of Wirecard group companies.”

CEO Markus Braun resigned last week over the allegations, which stretch back more than decade. Braun, who invested millions of his own dollars to lead Wirecard out of the bleak post-dot-com era and into Germany‘s exclusive Dax 30 index, has continuously denied any wrongdoing. In a video message posted on his way out (but now removed), Braun floated the possibility that Wirecard had been the victim of fraud of “considerable proportions.”

Both Munich’s top prosecutor and Germany‘s equivalent of the SEC had already formally begun looking into the matter, with the latter searching Wirecard offices earlier this month as part of its criminal investigation into the company‘s top execs, including Braun.

The big question remains: Do the billions actually exist?

For now, the paper trail puts the missing cash in the Philippines, specifically in two banks: BDO Unibank (Philippines’ largest bank by assets) and the Bank of the Philippine Islands (BPI).

However, both banks have since denied any banking relationship with Wirecard. In fact, they’ve stated that no money had ever entered the Philippines. According to the nation’s central bank governor, a document used to prove the existence of funds had been forged.

A preliminary BPI investigation reportedly found an assistant manager had signed the document. That allegedly rogue employee had since been suspended. Over at BDO, the bank has moved to terminate a banking officer who had allegedly fabricated a related bank certificate. Both parties are still investigating.

German media has named one person that might know where the missing money could be: lawyer Mark Tolentino, a Wirecard trustee reported to be responsible for investing a little more than 1.9 billion euros in assets on behalf of Wirecard and its subsidiaries.

Tolentino is an interesting figure in his own right. He was hand-chosen by the Philippines‘ hardline leader Rodrigo Duterte for a senior position in the government’s Ministry for Transport around 18 months before he started working at Wirecard, and reportedly often appears on the radio for legal question and answer sessions.

While Tolentino commands a large following on both Facebook and YouTube, his social media channels are now silent and the website of his law firm is now offline.

Handelsblatt today reported its journalists had managed to get in touch with Tolentino, who (via another lawyer) denied any knowledge or involvement in the alleged book-cooking.

According to Handelsblatt, Tolentino’s lawyer did not want to answer specific questions about the missing billions allegedly held in the Philippines, but stated that all of the firm’s services (including the opening and administration of Filipino accounts on behalf of foreign clients) were performed in strict compliance with local laws and regulations.

The thing is, Wirecard really needs to find this cash, and fast. The company owes 1.75 billion euro ($1.97 billion) to a consortium of 15 creditor banks, loans they could terminate if Wirecard fails to publish its annual financial statements on time, due at the end of June. Only, Wirecard auditors won’t sign off on them unless they see proof that the missing cash actually exists, in real bank account.

For now, it appears Wirecard‘s lenders are likely to hold off on such a move until the situation stabilizes. In a bid to stay afloat, the company appointed James Freis, a compliance officer from Germany’s stock exchange who amazingly had been hired the day before, as interim CEO.

In fact, Wirecard recently recruited investment gurus Houlihan Lokey, which advised Enron and Lehman Brothers through their bankruptcies in the aftermath of their epic fraud cases, to develop a “sustainable financing strategy” moving forward — which is about the only thing that makes sense in this whole fiasco.