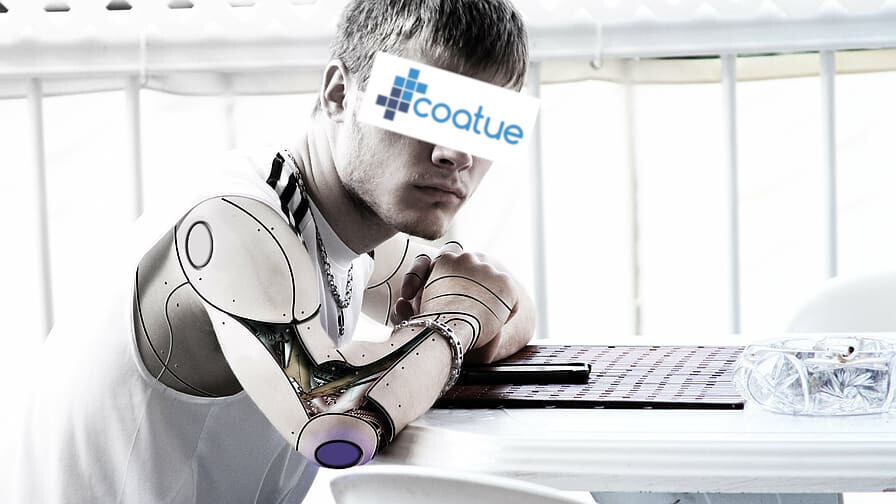 Coatue’s $350 million data-driven ‘quant fund’ made a swift exit from the market in early April — having realised the coronavirus pandemic had rendered its algorithm unreliable, Business Insider reports.

The tech-focused fund, launched by billionaire Philippe Laffont just over one year ago, joins a growing list of “quant funds” to have failed to turn a profit due to 2020’s unpredictable nature.

Quant funds use complex algorithms to find hidden trade signals in a hyperconnected web of data. While Coatue’s quant fund mixes old-school stock picking with quantitative analysis (a method dubbed “quantamental”), execs were reportedly concerned that data farmed in the midst of COVID-19 would confuse its in-house trading program.

One example cited by Business Insider’s sources highlighted the way Coatue’s program interpreted ecommerce data. It reportedly showed surges in website traffic for certain retailers as COVID-19 lockdowns spread across the world — usually a positive sign for stock — but failed to consider their dwindling revenues and closed physical stores.

But Coatue’s quant fund had underperformed long before COVID-19 hit. In February, reports surfaced showing it had posted only 2% returns since its launch in May 2019, and had actually lost money (1.2%) in last year’s fourth quarter.

On the other hand, Laffont’s human-led fund bested the industry average to return 10% profit last year. Bloomberg has since noted that those profits have taken a hit, bringing its losses the year to roughly 6%.

The biggest in quant have struggled, too

Quant funds, in general, have had a really tough year. In March, industry figures indicated they were down 1.5% on average, amounting to a 3.2% loss over the year to date.

Many consider Renaissance’s Medallion fund the most profitable quant fund in history, having boasted annualized post-fee returns of 39% between 1988 to 2018.

Still, February resulted in one of its worst months in more than a decade for Renaissance’s stock portfolio, having lost 7% over the month. By March, its Institutional Equities fund was down 12% year-to-date, according to the Financial Times.

Turns out there’s at least two quant funds doing just fine, and they both rely heavily on artificial intelligence.

Toronto’s Castle Ridge Asset Management, which trades some $100 million in assets, made 2.6% in March with its “self-evolving” AI system that works with large-cap stocks.

Over in Sweden, Volt Capital Management AB (in charge of roughly $30 million in assets) has returned a loin-tickling 24% to investors this year. Volt’s fund was also reportedly prepared for those plunging oil prices.

According to the firm’s chief strategist Patrik Safvenblad, Volt’s success rests on a belief that the market is always right.

“We don’t think we know better than the market. So when something goes against us, we decrease exposure to those positions, models and sectors,” Safvenblad told reporters. “We simply close positions that don’t work. This way we can increase to positions that do work.”