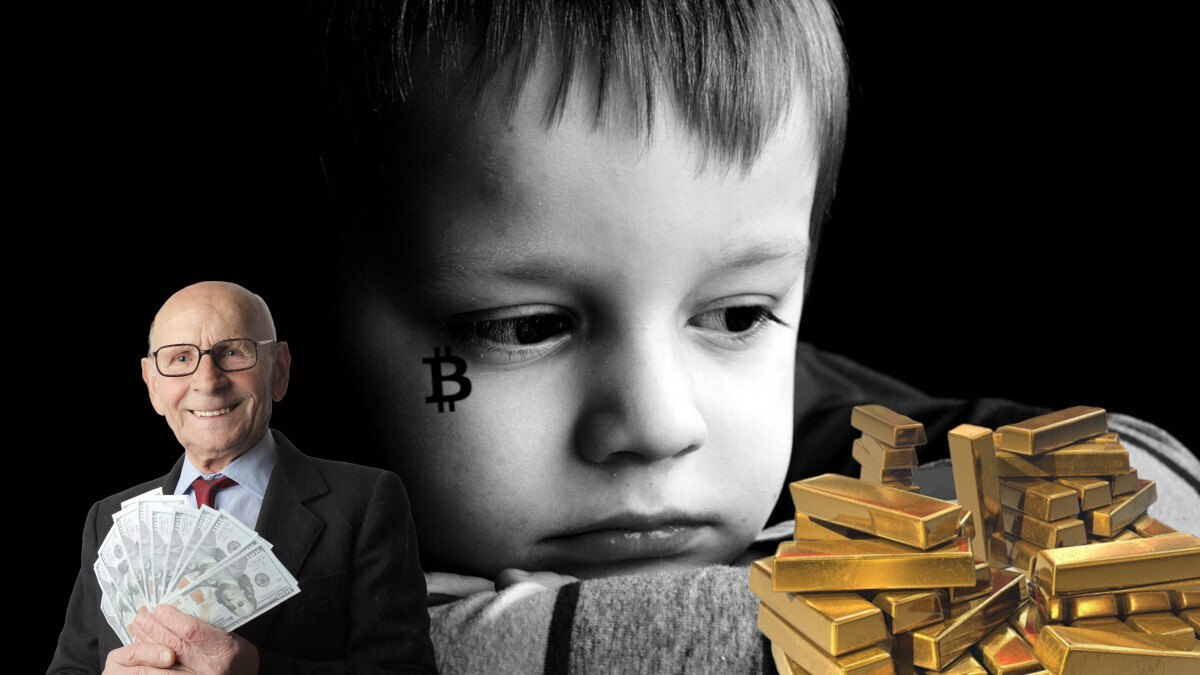 Bottomless stimulus packages and the threat of endless money printing has some of the world’s leading investors seeking shelter from inflation — but they’re choosing gold over Bitcoin.

“Gold is the only escape from global monetising,” wrote famed fund manager Crispin Odey in a recent letter cited by Bloomberg. “In the short term, the money will be made on the inflation bet.”

In fact, Paul Singer (of the infamous “vulture fund” Elliott Management) was so bullish on gold in April that he told clients that “gold is one of the most undervalued investable assets existing today,” despite having risen by more than 13% already this year to near record highs.

According to Bloomberg, Singer reckons that the “fanatical debasement of money by all of the world’s central banks,” combined with coronavirus-inspired mine disruptions and low interest rates, could cause gold to pump by “literally multiples of its current price.”

But why not Bitcoin?

Bitcoin BTC proponents pitch it as a digital alternative to gold. Bitcoin‘s anti-inflationary properties are also central to its value proposition: unlike fiat, BTC cannot be “printed” beyond its 21 million limit, and changes in the rate of its distribution are already set, effectively immutable.

One should also consider that Bitcoin just underwent its third “Halving,” which hardened the currency against inflation by permanently reducing the amount of BTC released into the ecosystem. Halvings occur (roughly) every four years (until the last BTC has been mined), at which point its scarcity peaks.

On the other hand, the amount of gold in circulation rises and falls along with the rate at which it is mined, a notion weighed by Singer when mulling how gold supply might affect demand — and ultimately its price — in the near future.

All this isn’t to say that Bitcoin hasn’t performed well in 2020. It’s actually up almost 35% this year, even after it crashed from over $9,000 to below $5,000 as the coronavirus pandemic decimated global stock markets.

Still, investors poured a record $14.5 billion into gold ETFs in the first five months of this year, exceeding the inflows seen in the fallout of the 2008 global financial crisis.

According to boutique digital asset research firm Delphi Digital, more hedge funds and investment professionals are looking at Bitcoin (and cryptoassets more broadly) to protect against looming inflation than one might think.

“The short answer is yes, we have seen a sizable uptick in [Bitcoin] interest among investment professionals and fund managers for these very reasons,” Delphi Digital co-founder Kevin Kelly told Hard Fork. “Many just aren’t as outspoken because they’re still conducting their own due diligence to formulate a well-informed opinion.”

Regardless of which asset investors pick — be it gold or Bitcoin — the problem is that nobody knows exactly when, or even if, the inflation boogeyman will actually appear.

In the wake of the 2008 financial crisis, many investors dove deep into gold to ride out what they perceived to be a rapidly advancing wave of hyperinflation that would’ve crushed the US dollar.

That hyperinflation never hit, and while gold markets surged until 2011, they suddenly collapsed in 2013 and spluttered for years as the recovery of the US economy actualized.

“The timing of inflation is still very much up for debate,” said Kelly. “Many of the conversations we’re having with clients are focused on the immediate deflationary pressures we’re facing, such as weakening demand, contraction in global trade, and the collapse in oil prices and other notable commodities.”

It’s these pressures that Kelly believes will lead to more government spending across both advanced and emerging economies. “Such extreme policy measures, however, inevitably raise the longer term risk of a reacceleration in inflation and currency debasement, which should serve as a significant tailwind for both Bitcoin and gold,” he added.

Gold is pretty simple, Bitcoin is not

The reality might be that choosing Bitcoin over gold is just too expensive, at least in terms of opportunity cost.

Russ Koesterich, who manages a $20.5 billion fund for BlackRock and has been increasing his gold exposure, told Bloomberg that times like these are when gold performs the best: when bond yields are close to zero. As such, he argues the opportunity cost of holding gold right now is insignificant.

Ultimately, Kelly says that the traditional finance world is still playing catch-up with cryptocurrency. Sure, there’s increasing interest in Bitcoin as an inflation safe-haven, but the starting point for each inquirer varies wildly.

“Some are already deep down the Bitcoin rabbit hole so their questions are a bit more technical or involved, whereas some are simply trying to understand what Bitcoin is and why it is getting so much attention recently,” added Kelly.