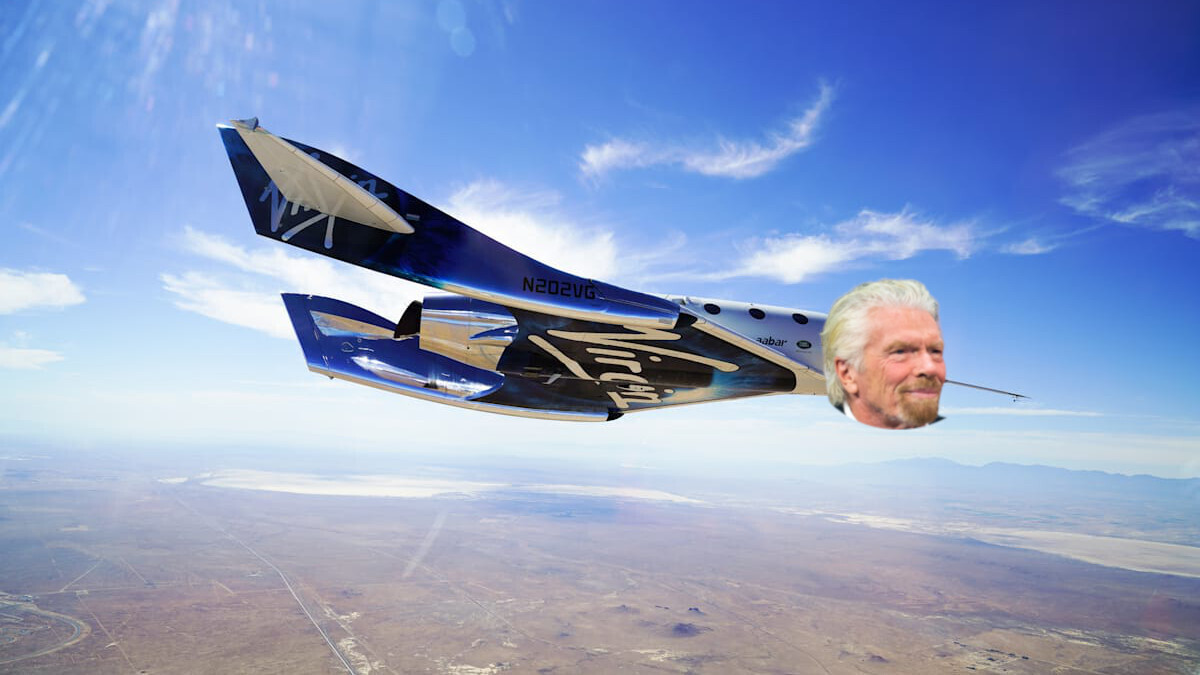 Virgin Galactic’s latest earning reports confirmed it still doesn’t make any money. But, eager space nerds looking to be shot into (sub)orbit by Richard Branson can now pay a $1,000 deposit, so that’s something.

The Mojave-based firm only made $529,000 revenue last quarter, leading to a loss of $55 million, higher than analysts anticipated. The quarter previous saw it generate more than $800,000 in revenue, but lose $51.5 million overall.

[READ: Christina Koch returns to Earth after breaking record for longest spaceflight by a woman]

An absence of revenue streams hasn’t wavered buyer resolve. Virgin Galactic’s share price has already more-than tripled this year on the back of no news at all, from $11 to over $34.04 at Tuesday’s close.

Such mediocre earnings however triggered shares to slide more than 7% in Wednesday’s pre-market trade, now down almost 6% at pixel time.

Virgin Galactic’s big idea is to send regular people into sub-optimal orbit for a hefty fee. The flight is to last 90 minutes, with riders experiencing weightlessness and a view of the Earth’s curvature.

As one would expect, celebrities and other mega-rich folk will go first, with the likes of Justin Bieber and Leonardo DiCaprio having already forked out a cool $250,000 for tickets.

Indeed, the first round of 600 tickets for boarding its VSS Unity rocket-powered spaceplane were quickly sold, but the company says its ready to publicly release the next tranche of seats.

Enter the One Small Step program: a glorified waiting list. “In the first phase of that process, the company will be launching its new One Small Step qualification process on Wednesday, February 26th, allowing those who are serious about flying to space to register now and be front of line for firm seat reservations, once they become available,” said the company via press release.

Virgin Galactic will offer seats on future space-rides to those who pay the (refundable) $1,000 deposits first. The company hasn’t yet revealed how much it’ll charge the next round of seats, but a related FAQ warns they’ll be worth more than the $250,000 fee paid by Leo and Bieber.

Regardless, SPCE buyers are simply “punters taking a punt on a company that’s taking a punt,” as FT Alphaville rightly pointed out.

How lucrative that punt will be is entirely up in the air, but investors have certainly shown excitement buying into the world’s first-and-only publicly-listed space flight company.

The big question is whether that novelty is enough to keep their resolve strong if and when the shit hits the proverbial space-fan.