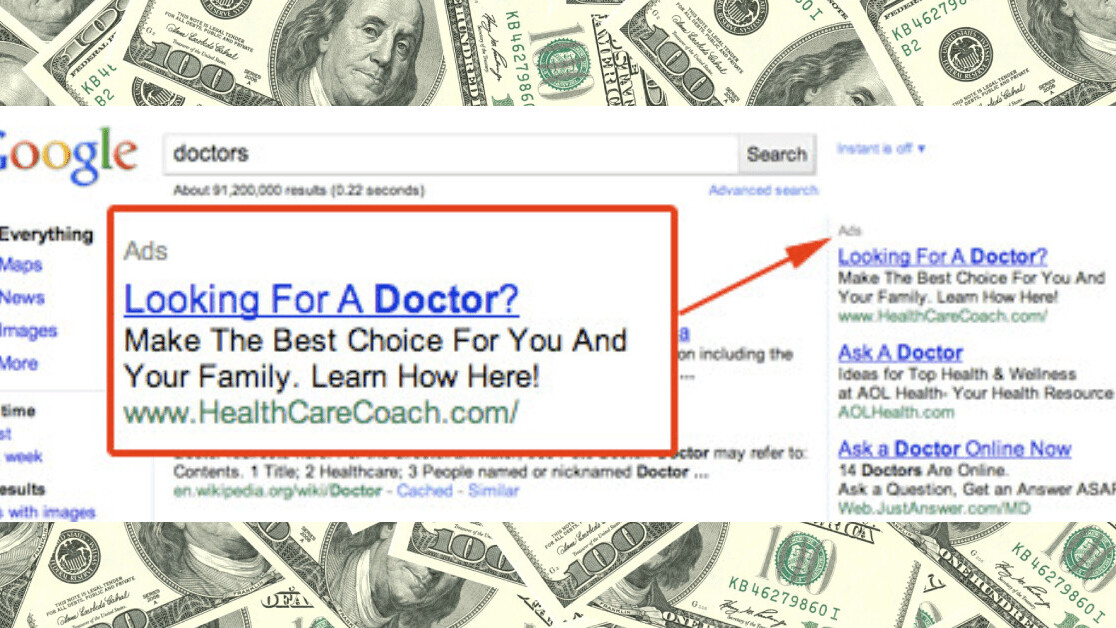 A whopping 85 percent of Alphabet’s, Google and YouTube’s parent company, revenue is generated by showing you sponsored links on Google Search, and by making annoying ads pop up during YouTube videos. In 2019 alone, Alphabet‘s total ad revenue accounted for $133 billion. Essentially, Alphabet can be labeled as the largest advertising company in the world.

Since 2001, the year Google wasn’t part of the alphabet yet but started making considerable money, almost $800 billion has been generated this way. YouTube only contributed to its ad revenue figure since 2006, when it was acquired for $1.65 billion. In retrospect, that’s a fairly humble price as today YouTube is responsible for approximately 10 percent of Alphabet‘s total revenue. If you split Google’s ad revenue out per year, you get the following result:

Now if you’ve been a Google fan since the very beginning, you probably wonder how much of that revenue can be attributed to you, personally. While we can’t find out your exact personal figure, we can calculate how much ad revenue an average Google or YouTube user generates per year.

We need another data point before we can make our calculation: the total amount of Google users for each of those years, so we can divide the ad revenue for each year by its number of users. Unfortunately, Google itself doesn’t communicate these numbers. But with a little detour, we can come to a workable approximation.

Firstly, we gathered the total number of internet users in general for each of those years from The World Bank’s World Development Indicators, absolutely and — for context — as a percentage of the total world population.

Next, we used a variety of sources (e.g. NetMarketShare, NetApplications, WebSideStory, Nielsen’s NetRatings, comScore’s MediaMetrix) to determine Google‘s global search engine market share per year. Assuming all internet users use a search engine, we can now multiply the total number of internet users per year with Google‘s market share per year. The result should approximate Google’s yearly user numbers:

Finally, we need to divide Google‘s yearly ad revenue by the above estimates. The results are as follows:

If you take the sum of the average ad revenue per user for each year, a total of $349.29 rolls out. So if you’ve been Googling all along since 2001, and acted ‘normal’ (e.g. didn’t create some kind of weird bully bot that clicks on every ad), something near this figure is what you contributed to Google.