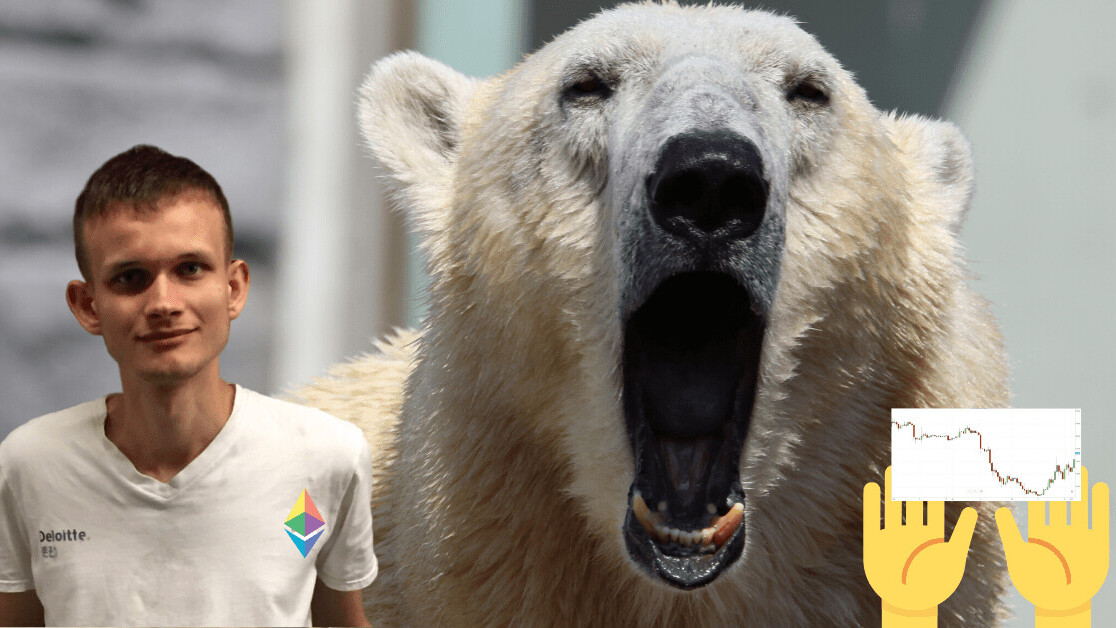 Ethereum is the world’s second-largest cryptocurrency by market cap.

It was created because its co-founders wanted to fulfill the need to build a platform that would enable users to write decentralized applications and use the Ethereum blockchain as a world computer.

Ethereum has been credited with making smart contracts a key part of the blockchain conversation and showing the world how blockchain technology can be used far beyond the applications of just cryptocurrency.

[Read: Ethereum had a less than stellar Q3, intense 6 months ahead as ETH 2.0 looms — here’s what happened]

Before we take a look at how Ethereum performed during Q4 2019, let’s remind ourselves about what happened during the first nine months of last year.

Ethereum’s performance during the first three months of the year was relatively boring.

Its trading price was stable, and its price swings were largely more conservative.

ETH opened 2019 at $137 and a week-long rally saw it reach $156 by January 7, incidentally the highest value seen from January to March.

On January 9, Ethereum suffered a month-long downward trend, dropping to $102 on February 7.

The cryptocurrency then rallied in February, getting close to its January high, reaching a trading price of $155. This was followed by another correction that saw its price drop by 20 percent, hitting $124 on March 3. It hovered around this price for the rest of the month, closing the quarter at $140.

At the beginning of April, Ethereum experienced a rally which resulted in a 27-percent price increase from $139 to $177. Unfortunately, this rise in value was short-lived — by the end of the month, a market correction pulled the cryptocurrency‘s trading price down to $150.

Luckily, though, ETH’s performance in the longer-term wasn’t affected. In May, Ethereum showed nothing but steady growth, increasing by a staggering 95-percent, surpassing $271 apiece.

The cryptocurrency continued to grow in June, but not at the same pace we saw in the previous two months. Having said this, by the end of June, the cryptocurrency was up where it was at the start of the month, reaching its quarterly high trading price ($335) in June.

Although ETH saw considerable gains in Q2, unfortunately, the same cannot be said for its performance during Q3.

It opened the quarter hovering around $285, where it stayed during the first week of the quarter. It even saw a 7.7-percent rise on July 8, with its value rising to $307 per token.

Ethereum‘s price value weakened during the third week of July — a trend seen across several other cryptocurrencies.

By mid-July, the digital currency was trading at $202, representing 34-percent drop over the high seen during the first seven days of the month.

ETH continued to drop in value throughout August. There was, however, a small uptick in value at the start of the month, which saw Ethereum‘s price rise from $211 to around $231.

It then went into free fall for the rest of the month. At the end of August, for example, Ethereum was trading at $166.

Despite a slow and steady price increase over the first two weeks of September, the coin failed to recover fully. It opened September trading just over $168. Over the next two and a half weeks, its price grew eventually hitting $217.

Ethereum’s performance in October was underwhelming, especially compared to the previous month.

It stabilizing around the $175 mark, rising to $190 on October 22, before dropping substantially to $159 the following day.

By Halloween, the cryptocurrency was hovering well below $180, sitting comfortably at $179.

Generally speaking, its performance in November was much more volatile.

It then fell for three consecutive days leveling at $173 on November 20.

Ethereum plummeted to $142 on November 24, recovering somewhat and hitting $150 on November 30.

The cryptocurrency hit rock bottom on December 17, plummeting to $120 — the lowest value seen in Q4.

Ethereum‘s performance was underwhelming during the rest of the month, as it failed to reach $140.

Ethereum had a strong start to Q4 2018, opening the month of October around $225 and stayed above the $175 mark for the rest of the month.

ETH’s performance in December 2018 was truly abysmal, with the cryptocurrency even dropping below $100 and staying there for a significant amount of time  — a stark contrast to December 2019, when Ethereum was mostly trading for $120 and above.

The following month, South Korean cryptocurrency exchange Upbit made headlines after claiming hackers had ransacked its Ethereum “hot wallet,” stealing 342,000 ETH — a cryptocurrency stash worth $48.7 million at the time.

In early December, US authorities arrested Ethereum developer Virgil Griffith for consulting with North Korea on how to use cryptocurrency to evade sanctions.

Also in December, Vitalik Buterin, the cryptocurrency’s co-founder, said the Ethereum Foundation had made approximately $100 million after selling Ether during the cryptocurrency‘s last all-time high, which saw it trade close around the $1,400 mark.

It’s impossible to predict the cryptocurrency’s future price movements, but if its performance so far this year is anything to go by, we’ll perhaps see more upward trends.

ETH rang in the New Year around $130 and has mostly moved upwards, trading for $166 apiece at pixel time.

These values are certainly higher than those seen in January 2019, albeit marginally, so maybe don’t get your hopes up quite yet.