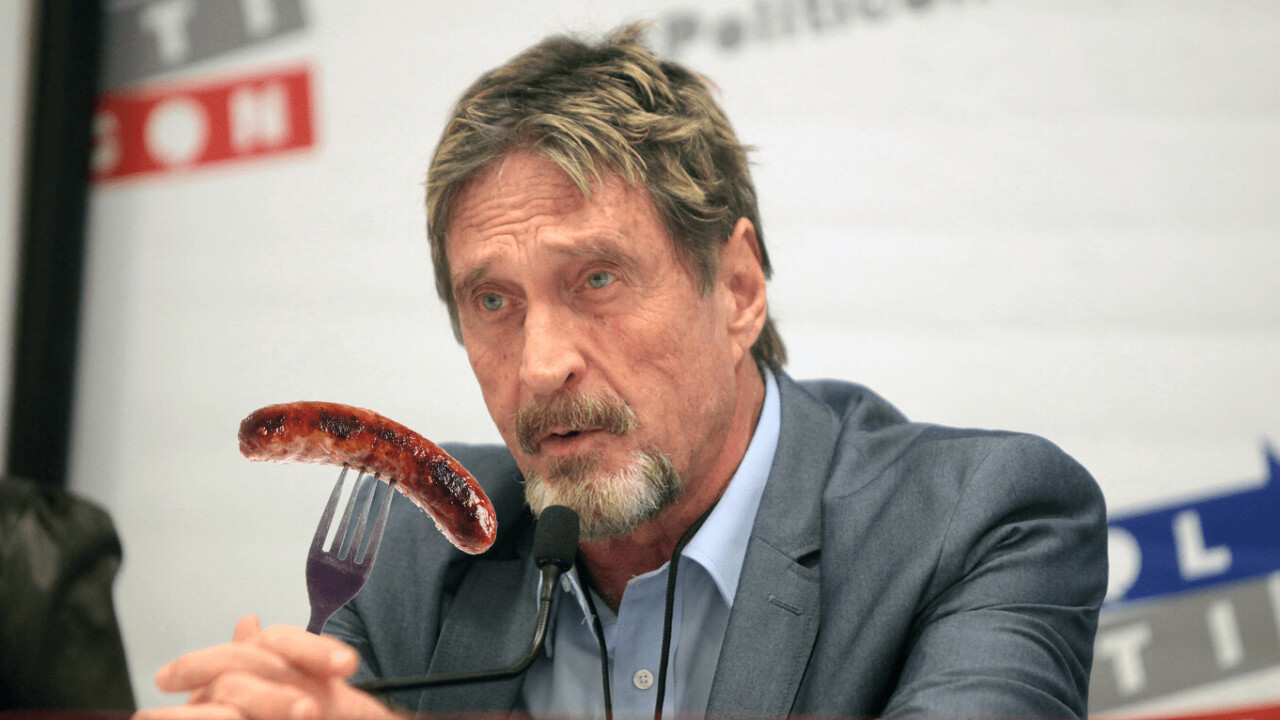 In 2017, John McAfee, the antivirus magnate, got a little caught up in Bitcoin’s hype cycle. When asked if Bitcoin BTC would reach $500,000 in value within three years, McAfee responded: “if not, I will eat my dick on national television.”

Being a bunch of juvenile delinquents running a tech publication, we were excited about the possibilities. On the one hand, we get widespread adoption of a decentralized currency. On the other, we get to see John McAfee — presidential candidate, antivirus tycoon, fugitive, and internet blowhard — eat his dick in front of millions, perhaps billions. It’s a win-win scenario.

Throughout 2019, McAfee repeated his promise, stating that it was “mathematically impossible” for Bitcoin to be worth less than $1 million by December 31, 2020. According to The Dickening, a site that tracks the progress of Bitcoin in accordance with McAfee’s bet, the cryptocurrency would need to grown an average of $2,763 a day to reach $1 million by the end of 2020. Let’s just say that this is unlikely, though not impossible.

A ruse to onboard new users. It worked.

Bitcoin was first. It's an ancient technology. All know it.

Bitcoin is our future?

Was the Model T the future of the automobile?

But yesterday, with Bitcoin valued at a mere $7,500-ish, McAfee reneged on the deal, calling it “a ruse” to attract new users. Twitter and Reddit erupted, predictably, and McAfee seems to have reached his breaking point. In on particularly fiery exchange, McAfee told a Twitter user to:

Wake the fuck up. What idiot thinks anyone is going to eat their own dick ever? Especially in [sic] TV!! Are you that idiot? God .. I hope none of my followers are that stupid.

I mean, we certainly thought it was a possibility. With a history of copious drug use, batshit crazy behavior, and a handful of sex workers claiming he wanted them to shit in his mouth, it’s a little hard to find the line between what McAfee will or won’t do for attention, or to get his rocks off.

Still, it’s a disappointing start to 2020. We even had wine pairings ready.