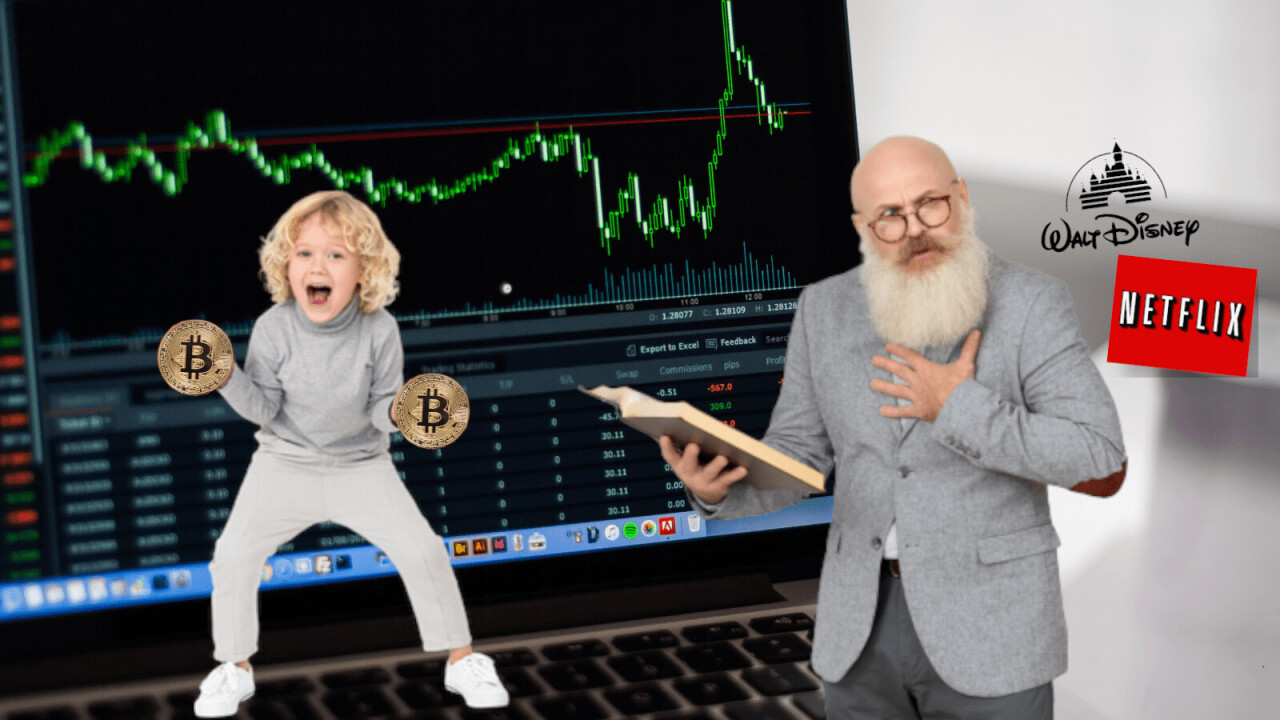 According to a recently published report from investment management firm Charles Schwab, millennials invested more in Bitcoin BTC than they did in the likes of Disney or Netflix over Q3 of this year.

The figures come from the quarterly Schwab Report, which benchmarks the activity of retirement plan investors within self-directed brokerage accounts.

Schwab’s figures show that millennials (25-39 years old) hold 1.84 percent of their assets in the Grayscale Bitcoin Trust (GBTC). The GBTC is an investment product — from Digital Currency Group — that sells shares in the fund to accredited investors. The fund is managed for investors by Grayscale and trades and holds Bitcoin directly.

In comparison, millennials reportedly hold 1.58 percent of their assets in Netflix stocks and 1.68 percent in Walt Disney Co.

Gen X and Baby Boomers, on the other hand, do not appear to rate Bitcoin that highly. Grayscale’s Bitcoin investment product doesn’t feature in the top 10 equity holdings for either of these generational groups.

Given the relative newness of Bitcoin, it’s not surprising that it’s more popular among younger investors, who are often considered to have a greater appetite for risk.