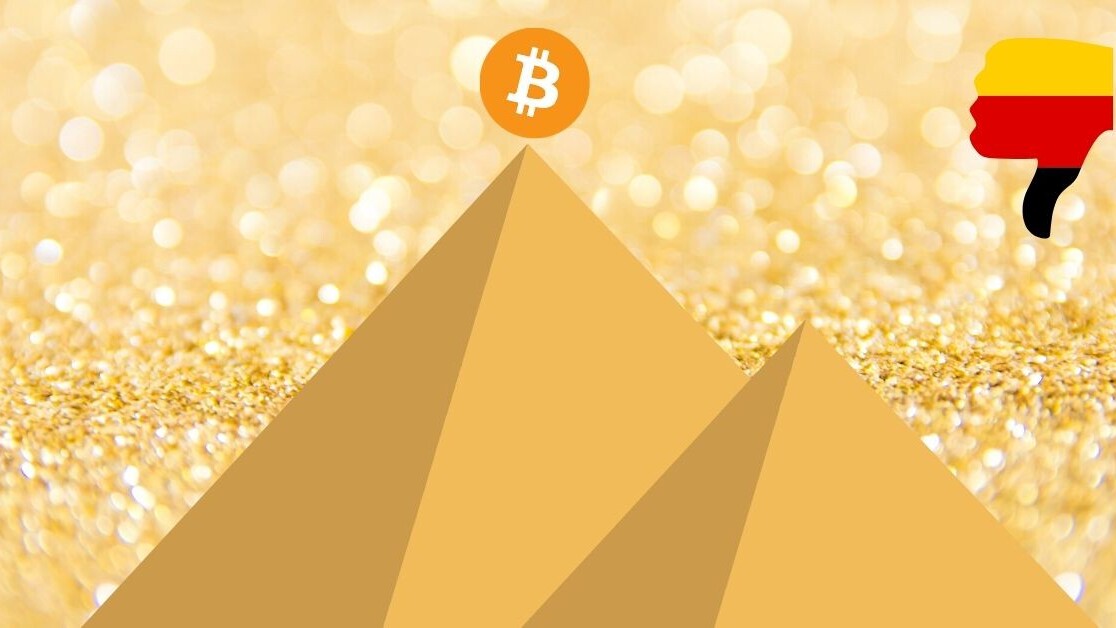 A German cryptocurrency company that used several ex-footballers to promote its products has been told to desist its blockchain-based business amid claims that it was operating a pyramid scheme, The Guardian reports.

According to German business newspaper Handelsblatt, the country’s banking watchdog, BaFin, handed a cease-and-desist-order to Karatbit Foundation, registered in Belize, and told the company to settle any outstanding financial claims.

The business allowed prospective “affiliates” to purchase “cryptonyzed gold” tokens. It then awarded a commission to “affiliates” for signing up more people.

To guarantee the stability of its currency, Seiz said the company had a fully licensed “cryptocurrency bank” in Miami and a mine in Madagascar said to $991 million (£772 million) worth of gold. In its presentations, Karatbar said the mine was called Fort Dauphin, but an online mining data tool says the only mine on the island under that name only contains titanium and zircon.

Aside from the financial rewards, Seiz told attendees at launch events in Cape Town, South Africa, and Amsterdam, The Netherlands, that successful affiliates would be rewarded with luxury cars and watches.

Kluivert is shown speaking at the Amsterdam event and saying: “This is a new community, a new world, this is going to be very big. The Karatbar and the cryptocoin is the future. I hope everybody will join this platform.”

“The most important thing is you have to believe,” Matthäus is heard telling the crowd.

The news comes a month after Florida‘s financial regulator said the German company had not been granted a baking license. Earlier in the year, Namibia said Karatbar was pyramid scheme.

Then, on Monday, South Africa’s Financial Sector Conduct Authority (FSCA) issued a warning, advising the public to avoid any dealings with the company.

Karatbars denied that its KBC cryptocoin was under investigation in a statement sent to The Guardian: “No customer or partner has ever incurred losses due to Karatbars and its products.”

The company also claimed German customers and sales partners were never sold the coin, and it was “only a free bonus gift that came with other Karatbars products.” The cease-and-desist order, the company added, was based on information about a fake Karatbars website.

“There is no cause for concern,” Seiz added in the statement. “We are on track with all our projects. This is only someone trying to get in the way of Karatbars’ success. It won’t work.”

Kluivert told Dutch newspaper Het Financieele Dagblad that he was not an ambassador for the project and claimed he had no business links with Seiz. He also denied investing in the currency.

“I was hired by an international football team friend from Spain for a guest appearance at a private event in Amsterdam,” Kluivert said, “I did some research online prior to the event but didn’t see any negative messages.”

A representative for Matthäus denied his client‘s involvement as an official ambassador at the event and noted he had no links with the business.

“Lothar Matthäus was invited to talk specifically about his career as a player. When he said ‘the most important thing is you have to believe’,” he was referring to his return to football after an injury, and not endorsing Karatbars’ products. Any other interpretation takes his comments out of context.”

The representative said the player had not been familiar with Seiz before he was asked to make an appearance at the event. “A routine check which is carried out before all events visited by Mr Matthäus revealed no indications of irregularities.”

Roberto Carlos’s management did not respond to The Guardian’s request for comment.