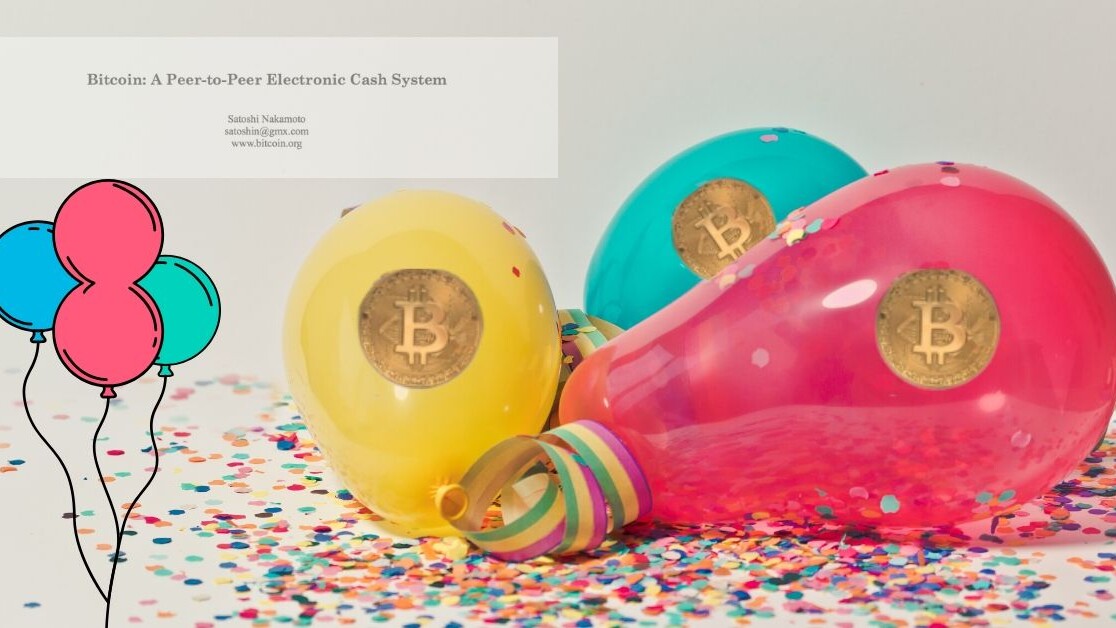 Eleven years ago today, Satoshi Nakamoto — the person, or persons, responsible for creating Bitcoin — unleashed the cryptocurrency’s white paper into the wild.

Published on October 31, 2008, the white paper, officially titled, ‘Bitcoin: A Peer-to-Peer Electronic Cash System,’ described a novel, immutable, decentralized peer-to-peer network that could track and verify transactions while also preventing double-spending and producing a transparent record for anyone to verify in almost real-time.

Nakamoto began by outlining how e-commerce relied almost exclusively on financial institutions acting as trusted third parties to process payments. Although the system worked well enough for most transactions, it still suffered from the inherent weaknesses of this trust-based model, the white paper says.

“What is needed is an electronic payment system based on cryptographic proof instead of trust, allowing any two willing parties to transact directly with each other without the need for a trusted third party,” it reads, adding, “Transactions that are computationally impractical to reverse would protect sellers from fraud, and routine escrow mechanisms could easily be implemented to protect buyers.”

Ultimately, Nakamoto wanted to bypass the mainstream financial system, removing the need for intermediaries and wholly counteract the centralization of financial power.

And while we still don’t know who Nakamoto is, or was, the white paper set the scene for an innovative payment network, its underlying blockchain technology, and some 1,600-plus altcoins that have emerged since.

A lot has happened in 11 years, and it’s totally impossible to say whether Nakamoto would be happy with the way the industry has evolved.

While Bitcoin is significantly more well-known than it was over a decade ago, it isn’t quite mainstream. Some would even say it’s deviated from Nakamoto‘s initial vision after piquing the interest of mainstream financial heavyweights, who are seemingly desperate to leverage blockchain technology to maximize efficiency and cut costs.

Notorious for its volatility, Bitcoin‘s price has certainly provided plenty of entertainment over the years. It’s gone from trading for $0.003 in March 2010, to surpassing $20,000 during December 2017’s famous bull run.

Other milestones that deserve to be highlighted for the purpose of this piece include Bitcoin‘s cumulative transaction fees surpassing $1 billion in mid-October, and it mined 85 percent of its total supply limit in early August.

Bitcoin is a huge contradiction: on the one hand, it’s enshrined in the logic that comes with mathematics and cryptography, and on the other, it’s wildly unpredictable and mysterious.

While it’s impossible to predict the future, it’s fair to say that the cryptocurrency will continue to inspire, enrage, and challenge those who pay attention, and I’m certain that this time next year, we’ll be celebrating the 12th anniversary of its white paper‘s publication date.