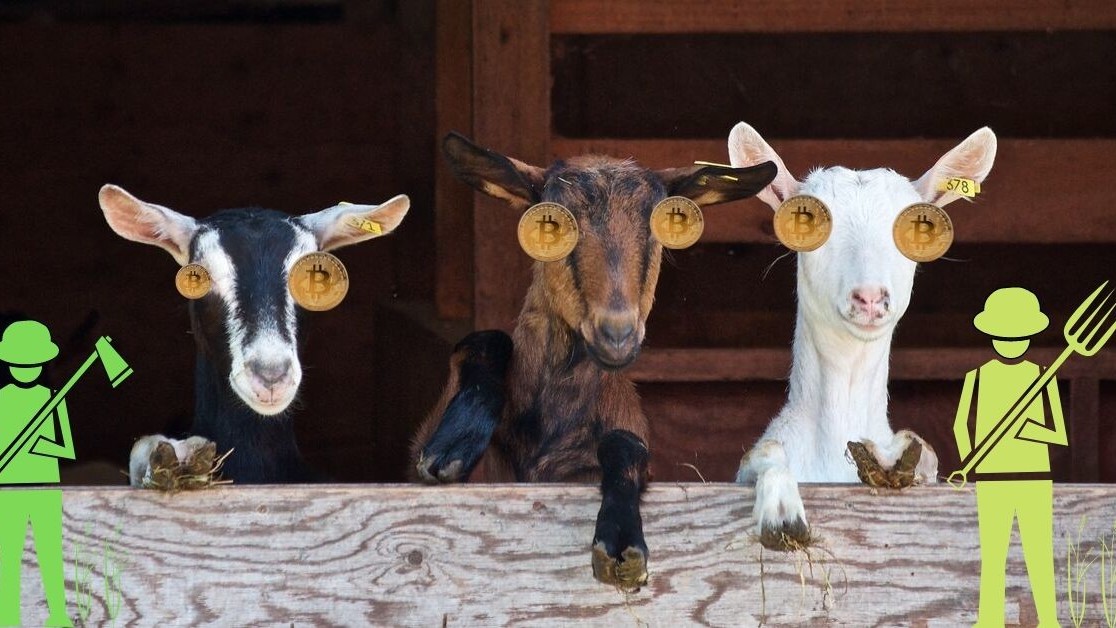 We’ve all heard how blockchain promises to transform the financial system, supposedly for the better.

But, the tech is actually being applied to other important industries such as agriculture and supply chain management. For example, IBM is putting sustainable shrimp on the blockchain and car manufacturer Ford is conducting a blockchain trial in hope of tracing cobalt.

In fact, this is one the topics being discussed at our blockchain, fintech, and business event taking place in Amsterdam on October 15-17.

Farming on the blockchain

In agriculture, an industry that employs over one billion people and generates more than $1.3 trillion worth of food every year, blockchain’s potential lies in being able to improve current processes: from unified data sharing between players, to crop protection, and food contamination prevention.

In theory, a blockchain could be used to record when and where a particular variety of crop was planted, what fertilisers were used, when the crop was harvested, and where it grew.

By tracking a product‘s journey from seed to store shelf, blockchain could also shed light on the supply management aspect, making it clearer where it was transported to and by whom. The technology can even help farmers and retailers prove that products claiming to be organic or free-range actually are.

But, can blockchain really transform the entire system?

Devising a suitable system that allows all parties involved to track and pay for the delivery of goods is one of the agriculture sector’s main challenges.

Currently, much of the process depends on third-parties, responsible for coordinating logistics and the delivery of goods.

For context, sellers often have an agent tasked with ensuring that goods are safely delivered. Buyers, on the other hand, typically rely on an agent who recommends payment and audits the delivery.

Having so many different parties involved results in higher costs and makes the entire process much more time-consuming.

If blockchain tech came into the picture, the whole process would be simplified to one distributed ledger, meaning buyers could interact with sellers more quickly and the time it currently takes to settle a payment would be significantly reduced.

In addition, companies would save paying hefty agent fees and farmers would take home a larger share of sales.

Increasing the production of crops

Blockchain, coupled with other technologies such as the Internet of Things (IoT) could also help maximise crop production.

For example, sensors on IoT devices could gather data on water level, soil temperature, and fertilizer use and send it to the blockchain.

Once the data is saved on a blockchain, smart contracts could trigger and execute specific actions, enhancing the quality of the farming process and crops produced.

Farmers are often exposed to unpredictable weather conditions. Using blockchain to monitor – and predict – such changes can be crucial to improve crop survival, maintain prices, and even save jobs.

Blockchain technology may show great promise in the fields of agriculture and supply management, but in order to explore its potential implementation we have to assess what the industry challenges are and ask ourselves whether blockchain really is the best way forward.

Smart contracts could certainly trigger and execute specific actions once data has been saved on the blockchain, enhancing the quality of the farming process and crops produced, but these systems rely on the data inputed being truthful.

Blockchain may have ushered in a new way of thinking, but it still remains to be seen whether it will actually improve anything in the real world.

We’ll be exploring how blockchain technology can transform agriculture and supply management and what the challenges of doing so are at Hard Fork Summit. Join us in Amsterdam on October 15-17 to discuss blockchain and cryptocurrency with leading experts.