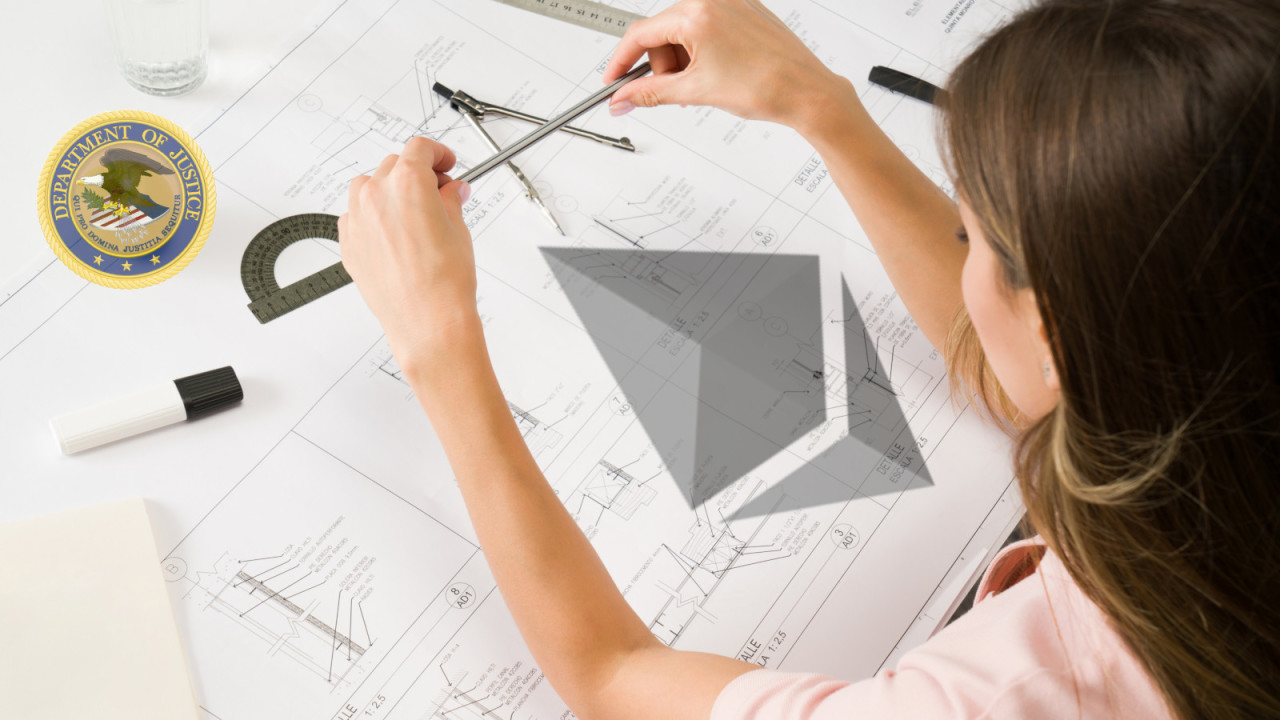 Two individuals in the US, including a former advisor to various blockchain projects including Ethereum, ETH have been arrested for their alleged role in a series of multi-million dollar cryptocurrency extortion.

According to a Department of Justice statement, former Ethereum advisor Steven Nerayoff and Michael Hlady were arrested after supposedly threatening to “destroy a startup cryptocurrency company if they were not paid millions of dollars” worth of Ethereum.

“As alleged, Nerayoff and Hlady carried out an old-fashioned shakedown, to be paid off with 21st century cryptocurrency,” United States Attorney Richard Donoghue said in the statement.

The targeted company was an unnamed Seattle-based startup that uses cryptocurrency to reward customer loyalty. The unnamed company makes blockchain-based products for those looking to generate and reward user traffic.

The allegations are being lodged against Maple Ventures, an offshoot of Alchemist LLC, a blockchain consultancy founded and headed-up by Nerayoff, CNBC reports.

It’s also worth noting that Nerayoff was pivotal in constructing the legal architecture behind Ethereum token offerings. On his own website he claims to have been called the “Architect of the ICO.” One of his most recent ventures, – which he co-founded – CasperLabs, debuted its scalable, proof-of-stake blockchain on its testnet earlier this year.

In July 2017, the unnamed firm planned an initial coin offering (ICO) as a fundraising mechanic and signed a contract with the organization operated by Nerayoff.

Under said contract, Nerayoff agreed to help deliver the ICO in exchange for 22.5 percent of all funds raised, and 22.5 percent of the issued tokens. However, just days before the ICO was due to commence, Nerayoff allegedly demanded more from the firm.

According to the DoJ statement, Nerayoff asked that his share be increased by 17,000 ETH, from the originally agreed 13,000 ETH. This would have given the accused $8.75 million worth of Ethereum at the time.

Nerayoff is accused of threatening to destroy the company if it didn’t comply. The firm paid – but it said it didn’t receive any further services from Nerayoff or his organization.

The firm was then introduced to one of Nerayoff’s associates, Michael Hlady, who was described as being the “operations guy.” Hlady told the claimants that he had been part of various government agencies, including the NSA and CIA. It’s claimed he also said he had “taken down” a head of state

In March 2018, Nerayoff demanded a loan of 10,000 ETH (about $4.45 million at the time) from the Seattle-based company. Hlady is said to have followed up Nerayoff’s demands with text messages further threatening to “destroy the company‘s community.”

Following the threats the company obliged but the loan was never repaid. Here’s where the allegations take an even darker turn.

According to the DoJ complaint document, the claimants allegedly stayed at Nerayoff’s home in New York after being unable to travel due to adverse weather.

The complaints allege that both Hlady and Nerayoff entered the claimant’s bedroom during the evening, making threats and demands for more money.

While the notion of this old-school shakedown is quite terrifying, the charges laid out before Nerayoff and Hlady are allegations and the pair are yet to be found guilty. If they are, the duo could face a maximum sentence of 20 years imprisonment.