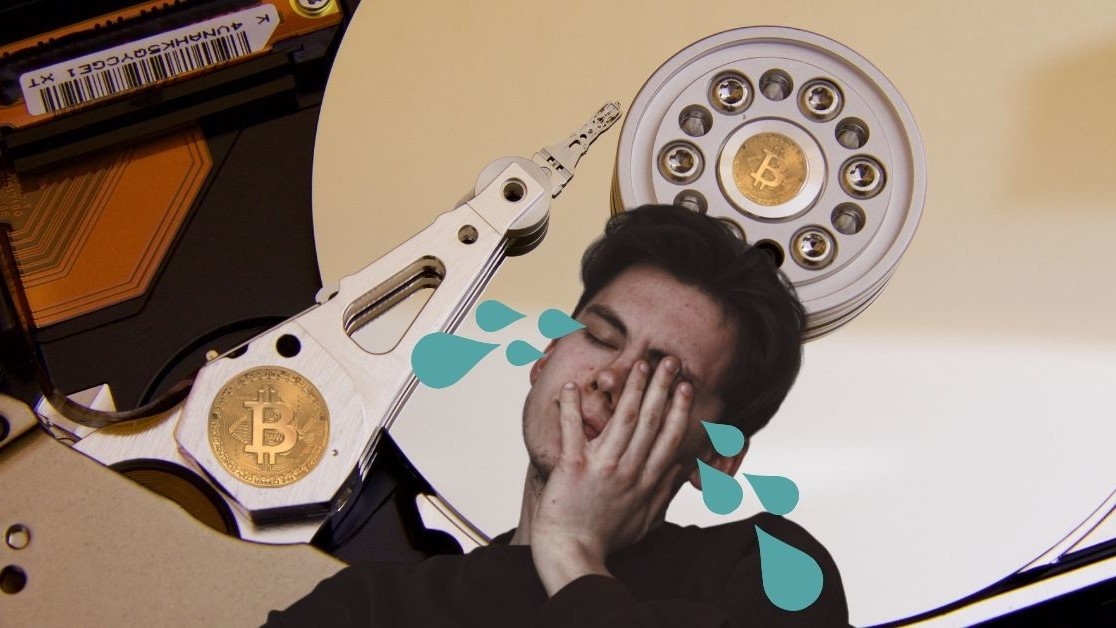 Just yesterday we told you how there was a new Faketoshi in town, staking a questionable claim to the Bitcoin BTC throne in a three-part blog series.

Last night saw the release of parts two and three, where Faketoshi deep dives into his alleged creation of Bitcoin, explains why he is unable to move Satoshi Nakamoto’s coins, and reveals his real identity.

But we still don’t buy it, and here’s why.

In the blog posts, Faketoshi says his birth name was Bilal Khalid, but notes this was changed by deed poll to James Bilal Caan after seeing James Khan on BBC’s Dragon’s Den (a popular TV show in the UK).

“After the creation of Bitcoin and having chosen the alias name of Satoshi Nakamoto, thanks in part to Hal Finney, I was watching the movie The Godfather when I saw James Caan,” Faketoshi explains, “It was at that moment I thought, ‘I am the godfather of digital cash’.”

“I also saw UK serial entrepreneur James Caan on the BBC series Dragon’s Den. I realized I could relate to him in that he was an Asian who had also changed his name, which is very uncommon. And the Dragon’s name reminded me of my mom calling me James and Khan,” he adds.

He says he shared his thoughts about changing his name with his wife, but that she insisted he kept his original name, too.

So, we are to believe that Satoshi Nakamoto, the creator(s) of Bitcoin – arguably one of the most influential peer-to-peer networks known to humankind – changed his name after being inspired by a BBC Dragon?

Surely someone with such technological prowess would be less swayable to make what seems like a childish, and random, life-changing decision? Maybe not.

As the quest to reveal Nakamoto’s identity has picked up pace over the years, the one bit of proof that would help identify the real creator(s) has remained the same.

These coins can only be controlled by Nakamoto, which would mean that if Caan really was who he claims to be, he’d be able to move the coins.

But think again because Caan conveniently explains he lost the hard drive containing his Bitcoin holdings when he sent a laptop for repair several years ago.

“My everything was in that hard drive! It was military-grade encrypted and password-protected, so I was overly confident – to the point of being arrogant – that the techie guys could not have access to my HDD data.  That’s why I left the HDD inside the laptop and didn’t take it out. The laptop came back by courier a few days later and it contained a new HDD and, of course, the bitcoins weren’t there!,” he claims.

“But what could I do? I tried to go into my old laptop and see if I could do some magic, but I could not. At that time, retrieval software was limited and I was having a dose of my own medicine.  In hindsight, I should have had bought a £30 GBP printer to at least print my private keys,” adds Caan.

James Bilal Caan is a Pakistani living in the UK and working for the National Health Service (NHS), repairing its systems and infrastructures, but yet, decided to send his precious laptop off for repair.

Although we have to commend Caan’s (if that’s his real name) efforts for attempting to deceive us with this laughable explanation, it all falls short.

In my eyes, whoever created Bitcoin is nothing short of genius, and while we are all human and make mistakes, I struggle to believe Nakamoto would have made such a basic error.

Caan says he’s embarrassed by this and claims it’s the reason why left the Bitcoin world.

However, losing the one thing that could grant undeniable proof that he is Satoshi all seems a bit convenient, don’t you think?

In his latest blog post, Caan says he is “an avid lover of numerology and astrology, I use both in my day-to-day life. I do believe God is the ultimate mathematician, as everything around us can be viewed as numbers.”

Bitcoin, some would say, is the result of pure mathematical and cryptography genius and I have a hard time coming to terms that someone who fervently believes in numbers (and facts!) would have such strong religious beliefs.

“When I was working on the idea of Bitcoin, numbers were sending me strong signals. My names, email addresses, dates of domain registration – everything is connected to numbers.  One or two encryptions may be seen as [a] coincidence, but not the full list,” he adds.

And he’s got a new project shitcoin?

Just when we thought Caan couldn’t lack any more credibility, he brings up “AnnurcaCoin,” a project he claims is the world’s first centralized cryptocurrency and blockchain framework.

“I was working on the next phase of Bitcoin and Blockchain that again I hoped would transform the world,” he adds.

Now, I don’t know about you, but this seems rather suspicious.

Here is someone claiming to have created Bitcoin, undoubtedly the world’s most famous cryptocurrency, and instead of revealing unseen proof and details, he uses his 15 minutes of fame to promote a separate “project.”

If you make it to the end of Caan’s lengthy post, you’ll be met with a suspicious-looking photograph purportedly of him.

I’m no photo expert, but I’d bet my Bitcoin that this is a clear example of an AI-generated image.

For starters, the photograph is placed against a plain background. This could be an attempt to remove any identifiable details, but it’s also a safe way to avoid any obvious fails (background distortion, indecipherable text, etc).

On closer inspection, the edges of Caan’s jacket look blurry and overexposed, to the point where one wonders if the image is juxtaposed on itself.

Now, let’s look at Caan’s glasses. Are they even real?

The glasses seem to be oddly placed. If you look closely, on the right of his face, you’ll see how the glasses simply stop in-line with his face.

Do you need any more proof that we are witnessing yet another Faketoshi emerging from the ashes?

I’m not quite sure what the end-goal of this media circus is, what Caan hopes to achieve (aside from flogging his shitcoin), or what the alleged PR firm working for him hopes will come out of all of this.

But I like to think the real Nakamoto is watching and cringing in despair.

Our robot colleague Satoshi Nakaboto never claimed he invented Bitcoin, but since he writes about it every fucking day, he just might have.