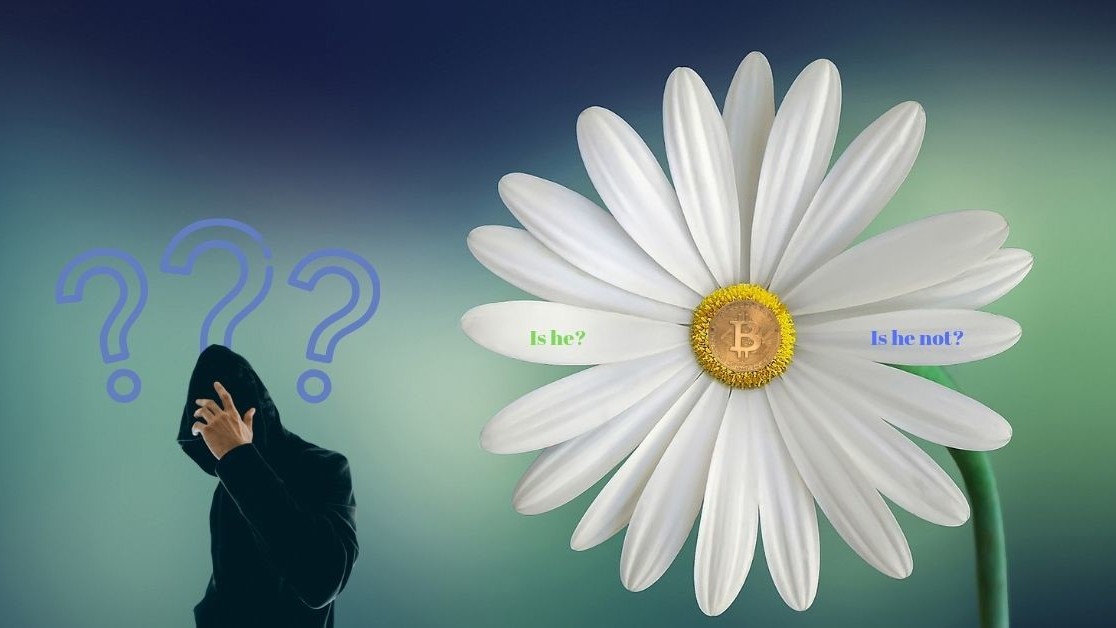 For years, Faketoshis have been fighting to claim the Bitcoin throne, trying to make us all believe they were responsible for the cryptocurrency’s creation.

But things took a different turn this weekend after an unknown person(s) decided it was time to reveal their identity as the ‘real’ Satoshi Nakomoto in a three-part blog post series.

Possibly exhausted by peoples’ previous attempts to do the same, and having noticed several significant inconsistencies in the person’s writing, it didn’t take long for Bitcoin Twitter to react and call Faketoshi’s claims into question.

Here are a few examples of what Faketoshi 2.0 got wrong and how.

Several people have conducted a stylometric analysis of Nakamoto‘s writing in an attempt to identify Bitcoin‘s creator.

And while I’m no expert, I can tell you the first blog of Faketoshi’s upcoming trilogy wasn’t written by the same person or persons.

Now, compare that to an extract from Bitcoin’s white paper.

Despite the differences in tone (the Bitcoin white paper is more formal), it’s glaringly obvious that the use of grammar greatly differs.

Faketoshi’s blog post is written in run-on sentences, whereby two or more main or independent clauses are linked together without a transition or correct punctuation.

On another note, it didn’t take long for Bitcoin enthusiasts to notice Faketoshi’s incorrect use of ‘cyberpunks’ versus the correct ‘cypherpunks.’

Nakamoto first shared Bitcoin‘s white paper on the cryptography mailing list, to which a lot of cypherpunks were subscribed to.

If you’ve followed Bitcoin for a while you’ll be familiar with ‘Hal Finney,’ a well-known developer, cypherpunk, and early Bitcoin adopter (and tester) who exchanged several emails with the real Nakamoto.

Finney received the first-ever Bitcoin transaction from Nakamoto and he’s been cited as the cryptocurrency‘s true creator, something he fervently denied before his death in 2014.

I’m no expert but i’m pretty sure it was ‘cypherpunks’ right and not cyberpunks! pic.twitter.com/7cBrSv7t1x

The mistake has now been corrected.

In its blog, Faketoshi says Bitcoin‘s name was created after taking some of the letters from the Bank of Credit and Commerce International (BCCI), which is itself ironic given the cryptocurrency was created in a bid to bypass mainstream finance altogether.

Previous iterations of Nakamoto’s work depict someone who actively pursues accuracy in their writing, so, it’s quite striking that Faketoshi mislabeled an image BBCI instead of BCCI.

This has seemingly been corrected, but it’s still an incredibly telling oversight given that BCCI was allegedly integral in Bitcoin‘s creation.

Aware of the ridiculousness of the claims, Litecoin founder Charlie Lee made a joke at Faketoshi’s expense.

The origins of the word Litecoin were derived not just from it being a “lite” version of Bitcoin.

I was looking at “Lime Tea Company Incorporated” and the light-bulb moment came where the letters were calling me to pick the name.

In the blog, Faketoshi explains how the pseudonym Satoshi Nakamoto came about, albeit not without clear contradictions.

As you can see in the Tweet above, Faketoshi says Finney was the one who came up with Nakamoto as the surname.

Then, further down in the post, Faketoshi does a u-turn and writes “When deciding on an alias surname, I wanted a master numerological name which had two Mercury numbers (5) associated with it.”

Do you see where I’m going with this?

It didn’t take long for citizens to conduct their own detective work, either.

Redditor CryptoCrunchApp pointed out that this Faketoshi hadn’t really invested in a good web hosting plan and pondered why this was the case, given that the real Nakamoto holds billions in Bitcoin.

For the love of Satoshi, just stop it!

Nakamoto’s existence and identity have historically been shrouded in mystery and it’s fair to say that if Bitcoin‘s real creator(s) were to reveal their identity, I doubt they would hire a PR firm to do so and turn the big reveal into a media circus. This latest reveal is completely out of character.

I doubt we’ll ever find out who the real Satoshi Nakamoto is, and quite frankly, I hope we don’t.  The pseudonym is poetic, resembling one of Bitcoin’s most revered attributes: pseudo-anonymity.

Have you met our robot Bitcoin writer Satoshi Nakaboto yet? He might have invented Bitcoin, but we can’t say for sure.