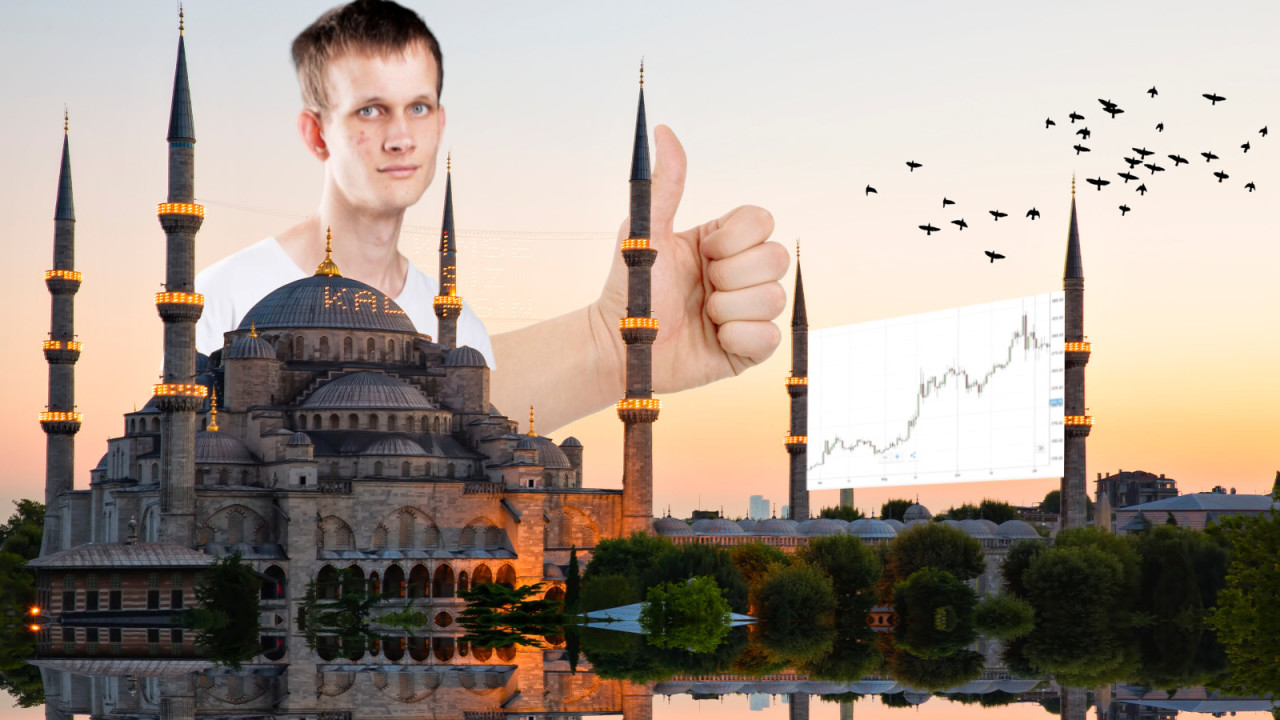 If you’ve been interested in cryptocurrency and blockchain for anything more than a week, you’ll almost certainly know about Vitalik Buterin’s Ethereum ETH platform. But if you don’t here’s a quick recap on what Ethereum is.

Ethereum’s creators wanted to build a platform that would allow users all over the world to write decentralized applications, and use the Ethereum blockchain as what it calls a “world computer.”

With every passing month, the Ethereum community looks forward to ETH 2.0, a series of updates and improvements designed to make the platform faster and more reliable. ETH 2.0 won’t be implemented overnight. In fact, it’s a series of updates that will begin being implemented in January 2020. As we make it into the second half of the year, you can be sure that Ethereum’s transition to a Proof-of-Stake model will be discussed at length.

One of Ethereum’s founding members, Joseph Lubin, has said that the updates should make Ethereum far more scalable within the next 24 months.

Before we take a look at what happened in Q2, let’s remind ourselves of how Ethereum started the year.

The first quarter of 2019 was uneventful for Ethereum’s price. Its trading price was stable, and its price swings were notably more conservative than most investors would be used to.

ETH opened 2019 at $137, and a brief rally saw its trading price reach $156 by January 7. This was the highest price for Ethereum across the whole quarter.

On January 9, a market correction saw Ethereum’s price enter a month-long downward trend. It eventually led to ETH bottoming out at $102 on February 7, 34 percent down from its early January high.

That correction was brief though, and Ethereum remained relatively stable – for a cryptocurrency, at least – for the rest of the quarter. The coin rallied in February, getting close to its January high, reaching a trading price of $155.

This was swiftly followed by another correction which saw its price drop 20 percent leaving ETH to trade at $124 on March 3. Perhaps news of its impending fork lead to unease amongst investors. It hovered around this price for the rest of the month, closing the quarter at $140.

Over the course of the quarter, the coin grew by 2 percent. It might not be much but it’s growth nonetheless. This would be a trend that would carry on into the first part of Q2.

In the second quarter of 2019, after a quick rally, Ethereum’s trading price continued to display the relative stability it showed at the end of Q1. On April 1 Ethereum was trading at $139, two days later, its price had jumped 27 percent to $177. Ethereum reached an April high of just over $180.

However, that market correction was short-lived. For the rest of the quarter, Ethereum’s trading price went on a sustained rally that would see the cryptocurrency reach trading prices that it hadn’t seen since last year.

From its $150 bottom on April 26, Ethereum went skyward. Over the next four weeks Ethereum’s price grew to a hair over $271, a 95-percent increase over where it opened the second quarter.

Of course, no rally goes entirely smoothly. Ethereum did experience a small dip in its trading price after it reached $271. On June 9, Ethereum was trading at $230. But again, this in fact marked another bottom as the coin began a second rally.

This second rally continued until the end of June, when Ethereum would also see its highest price for the quarter.

On June 26 Ethereum reached a quarterly high trading price of $335. This is also the highest price for Ethereum since August 2018.

Stepping back, Ethereum‘s price had a solid and good quarter. From day one its price was on the increase, and eventually ended the quarter 114 percent up on where it opened.

Major events in Q2 for Ethereum

Despite Ethereum’s strong uptick in price over the last quarter. It’s not all been plain sailing for Buterin’s and Co.’s decentralized project.

In late April, a report from security consulting firm Independent Security Evaluators (ISE) explained how an unknown entity had been bypassing weak private keys to swipe large amounts of Ether. The $54 million theft occurred during Ethereum’s price rally last year, but even so, the news won’t fill investors with confidence.

That said, two pieces of research have highlighted that Ethereum is still favored by parts of the community. A study by Pacific Northwest National Laboratory, analyzed cryptocurrency-based discussions on Reddit and found that Ethereum is the second most talked about coin.

Another study found that devs still love Ethereum for dapp development. There are over 1,600 dapps on the platform, according to a study by dapp.com. However, competing platform TRON leads when it comes to the number of active users.

According to dapp.com, TRON-based dapps had over 445,000 active users, while Ethereum lagged behind with just 365,112. Even so, Ethereum has nearly twice as many active dapps with 664, while TRON has just 338.

In Q2, and perhaps most importantly for the development of the platform, Ethereum devs agreed on two updates that will be included in its next Hard Fork called Istanbul, which will be rolled out in October.

The updates will – if they work as intended – allow Ethereum to verify and authenticate blockchain data faster than it does at present, and offer users more upgradability when it comes to modifying smart contracts.

It initially looks to be a stable start to the third quarter for Ethereum. However, as with Bitcoin, Ethereum‘s trading price tumbled to around $200.

But there is positive news for traders, as eToro X, the blockchain division of social trading platform eToro, has announced the launch of the first five of 120 ERC-20 tokens that will be added to its on-chain wallet. Given that Ethereum often serves as an on-ramp for these tokens, it’s possible that moves like this will add to Ethereum’s market strength.

The coming ETH 2.0 update and hard fork in October will likely be the focus of many in the Ethereum community over the next two quarters. Pay attention to development updates to keep on top of how this rolls out.