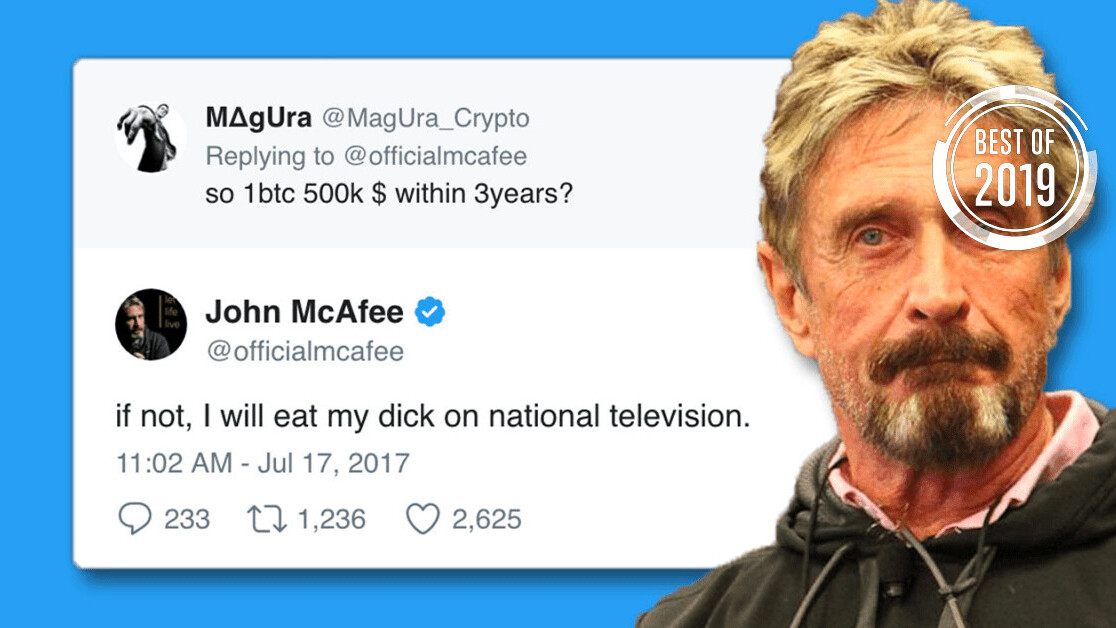 if not, I will eat my dick on national television.

Dickening.com is a website that counts down until McAfee is required to (potentially) consume his own barbecued shlong live on television – December 31, 2020 (now colloquially referred to as The Dickening).

“Conversely, if Bitcoin is worth One Million Dollars [sic] by that day, most of the world is going to feel like dicks for not listening,” reads a message posted underneath the timer.

For reference, Bitcoin is currently worth a little less than $10,000.

McAfee still has time to devise a way out

McAfee, supposedly in self-imposed exile in Cuba, hasn’t forgotten about his bet.

In April, he claimed it was “mathematically impossible” for Bitcoin to be worth less than $1,000,000 by the end of 2020, but sadly failed to provide a framework to show his working.

Even last week, a confident McAfee tweeted: “[…] I’m still positive about my $1 mil [sic] BTC price by the end of 2020,” albeit before shilling two obscure tokens on his followers (as per his alleged modus operandi).

Sure, it’s unlikely McAfee will be a man and keep his word, but you can track the status of The Dickening here.

At the very least, he has roughly 533 days to prepare an excuse — you know, just in case.