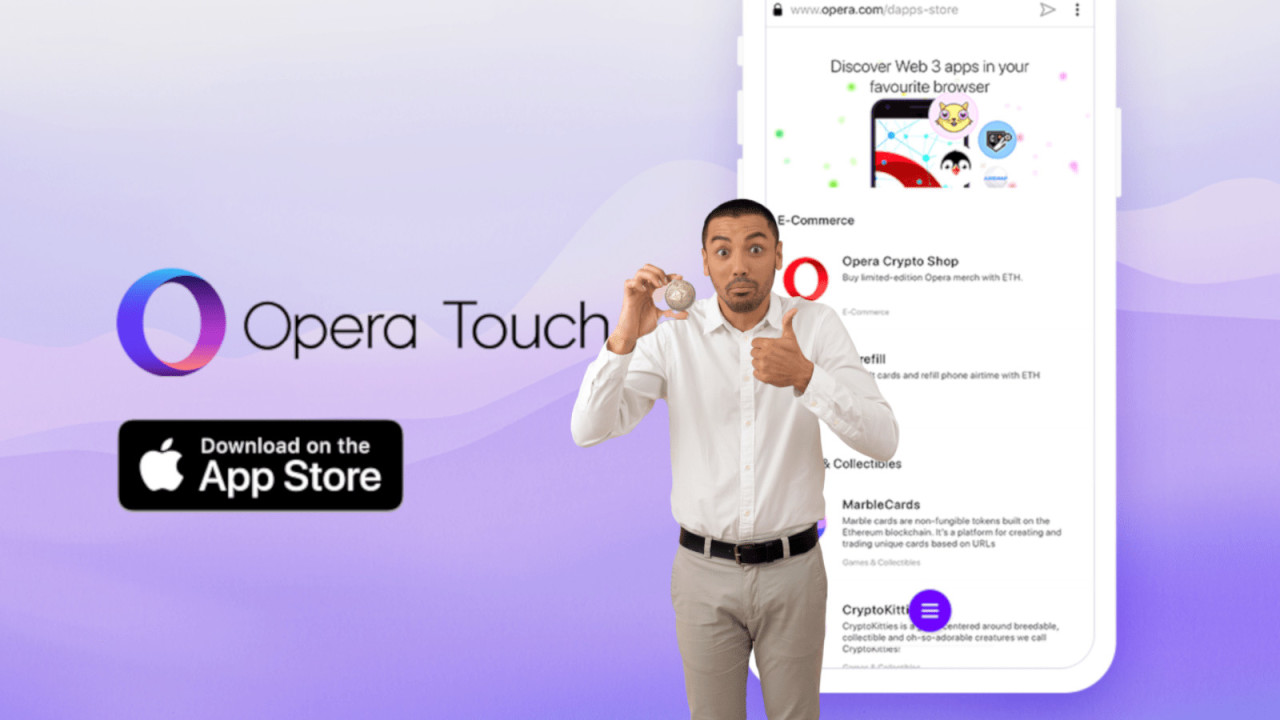 With the launch, Opera Touch for iOS provides the same Web 3.0 and cryptocurrency wallet integration as its Android and PC-based counterpart.

Opera says that it allows users to interact directly and seamlessly with Web 3.o (read: decentralized) applications on the Ethereum blockchain. Typically, users would need a browser add-on, like MetaMask, to do this, but with Opera Touch, it all comes as part of the package.

“We believe that all modern browsers should integrate a crypto wallet,” said Opera‘s head of crypto, Charles Hamel. “Following a strong demand from the crypto-community, we are now making this experience available on iOS.”

According to the release, Opera Touch supports all ERC-20 tokens, stablecoins, and non-fungible (unique) tokens.

Apple iOS users can download the app from Apple’s App store starting from today, purchase some Ethereum, send it to their Opera Touch wallet, and start using it in dapps.

As with the PC and Andoird version, users will also be able to browse blockchain applications by typing their addresses directly into the URL bar, Opera said previously. There is also a built-in virtual private network (VPN) that Opera claims is designed to obscure and protect user data from prying eyes.

Indeed, Opera‘s plans for an iOS version of its crypto-browser are hardly a secret. Back in March, it teased that one was on its way and put out an invitiation for beta testers.

Sure, these features may have already been released for Android and PC, but at least now iOS users can get in on the decentralized fun.