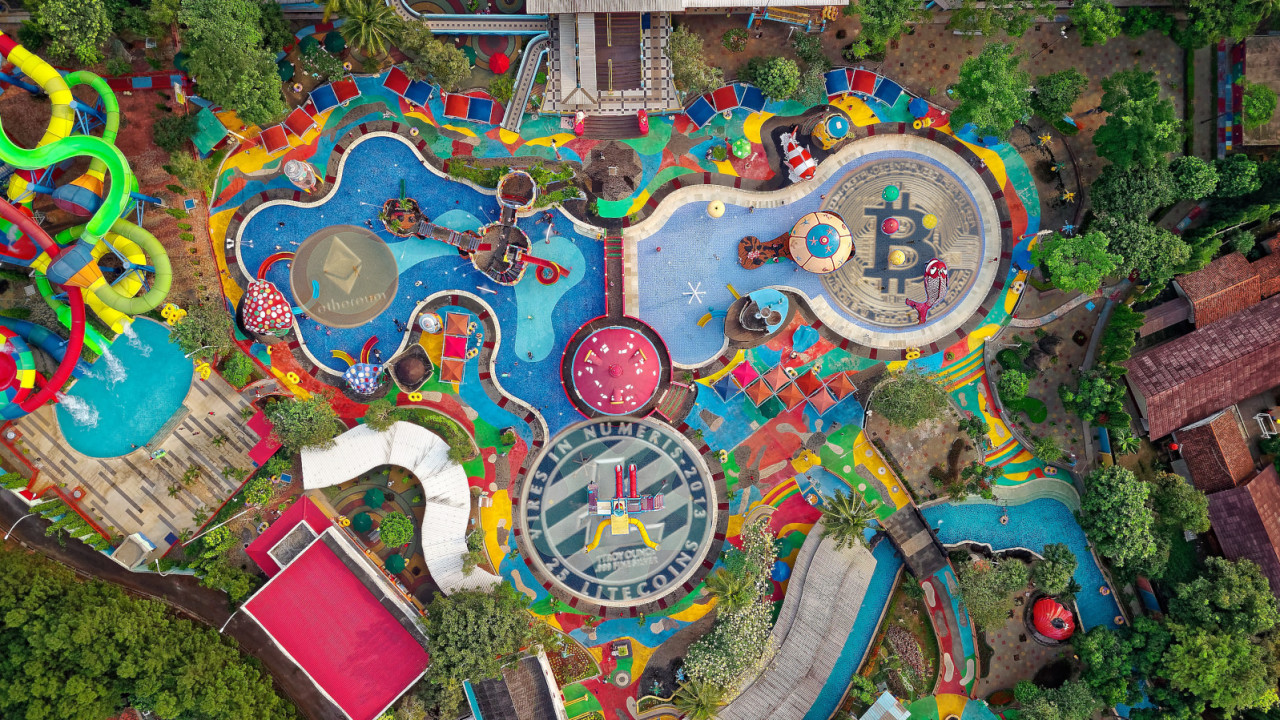 The cryptocurrency and blockchain industry has thrown out its fair share of zany ideas over the last few years. But a group of designers is taking wild blockchain concepts to new heights with their plans for a cryptocurrency mining facility hidden in a skyscraper water park in Tehran, Iran.

Yeah, I don’t know where to start either. But let’s try.

The plans show a cryptocurrency mining farm, swimming pools, shopping mall, food court, and a spa all wrapped around each other, blurring the lines between form and true function.

The idea is to create an off-grid, glass-encased water park that secretly mines cryptocurrency all day, every day, all year long.

The plans have been proposed in response to US sanctions being placed on Iran and were submitted to this year’s eVolo architecture magazine skyscraper competition, Design Boom reports.

The tower would house a tank at the very top to provide water for the swimming park, and cooling for the cryptocurrency mining hardware; it’ll also generate energy as it flows down from the top of the tower through hydroelectric turbines.

The water park, food court, and other leisure facilities would provide the cover and disguise for what is really going on beneath: cryptocurrency mining.

If the plans materialize, the skyscraper would tower 560 meters over Tehran from the Abbas Abad Hills.

Designers are dubbing it the post-JCPOA tower as a political statement against the anti-nuclear Joint Comprehensive Plan of Action (JCPOA) sanctions placed against the country.

The JCPOA sanctions placed on Iran created a number of challenges for the country.  One of the main difficulties was having to reduce the number of Uranium processing plants (centrifuges) from 19,000 to 6,000 across the country. Tehran in particular reduced its number by half to 5,000. Naturally, Iran’s economy suffered.

However, sanctions are being lifted, and Iran is beginning to rebuild its economy.

This group of designers saw that cryptocurrency should be part of the new opportunity. The entirely off-grid tower that secretly deals in anonymized cryptocurrencies also makes it very difficult for foreign countries to stick their hand where Iran doesn’t want it. Consider that another metaphorical jab at the sanctions.

What’s more, in the face of economic hardships that result from the sanctions, the tower also provides a place that gives locals some enjoyment and fun.

Indeed, it looks like a feasible idea on paper. But sadly, it wasn’t enough to wow judges at this year’s eVolo competition, where Serbian designer Marko Dragicevic claimed the top spot with his idea for a skyscraper that serves as landfill and recycling plant.

For now, we’ll have to chalk this up as another vision of a blockchain future that might never come true.