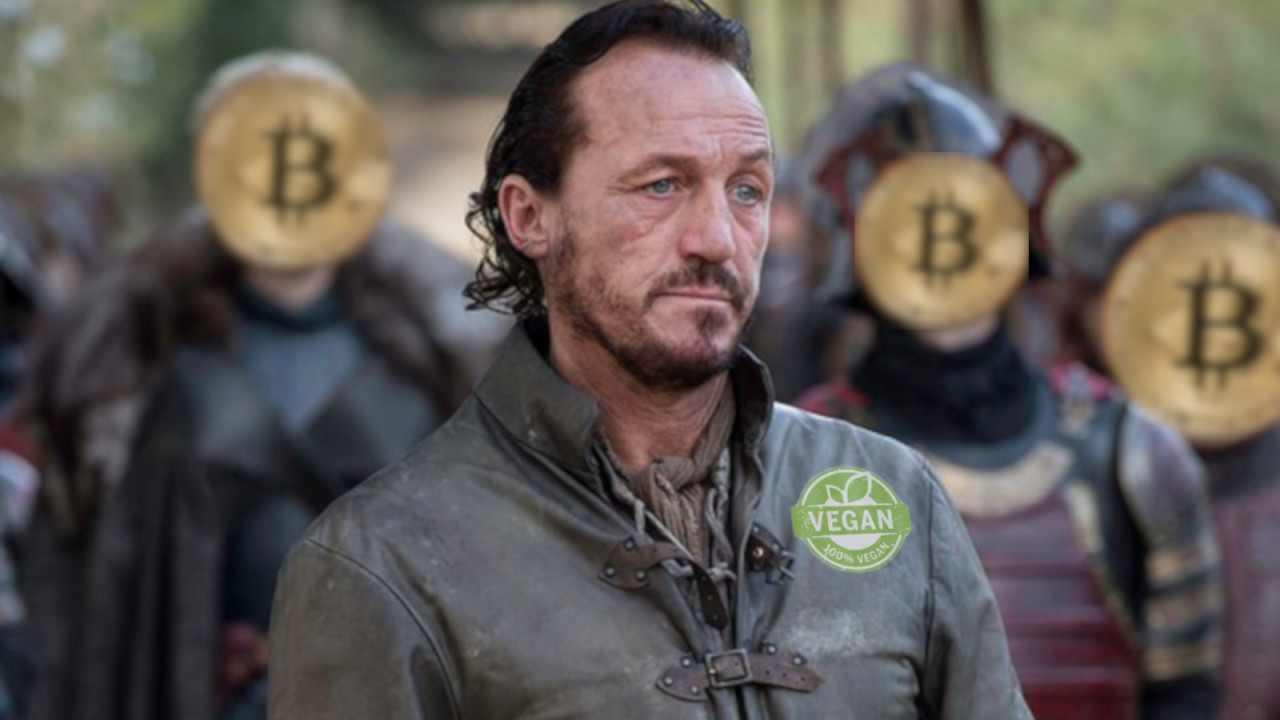 Before you read this, beware there might be Game of Thrones spoilers in this piece.

The actor that played one of the more Machiavellian characters in the HBO series, Game of Thrones, is joining the advisory board of a vegan lifestyle oriented cryptocurrency.

It seems appropriate given that Bronn was appointed as Master of Coin to Bran the Broken on the TV show’s finale earlier this week. According to the report, Flynn has been vegetarian for the last 35 years and is an animal rights activist. He is also a patron of the UK’s Vegetarian Society.

VeganNation wants to build an ecosystem that will support vegans via a “100 percent cruelty-free” platform to exchange products and services.

Indeed, the vegans might have point when it comes to cruelty-free money. Back in 2016, the new £5 note in the UK was found to have been produced using animal fat.

That said, given that computing equipment will be need to deliver this ecosystem it’s likely it won’t ever be truly cruelty-free. An Investigation by Amnesty International found children as young as seven work to mine precious metals used in electronics, The Guardian reported.

With that in mind, VeganNation might be making promises it can’t quite deliver on.