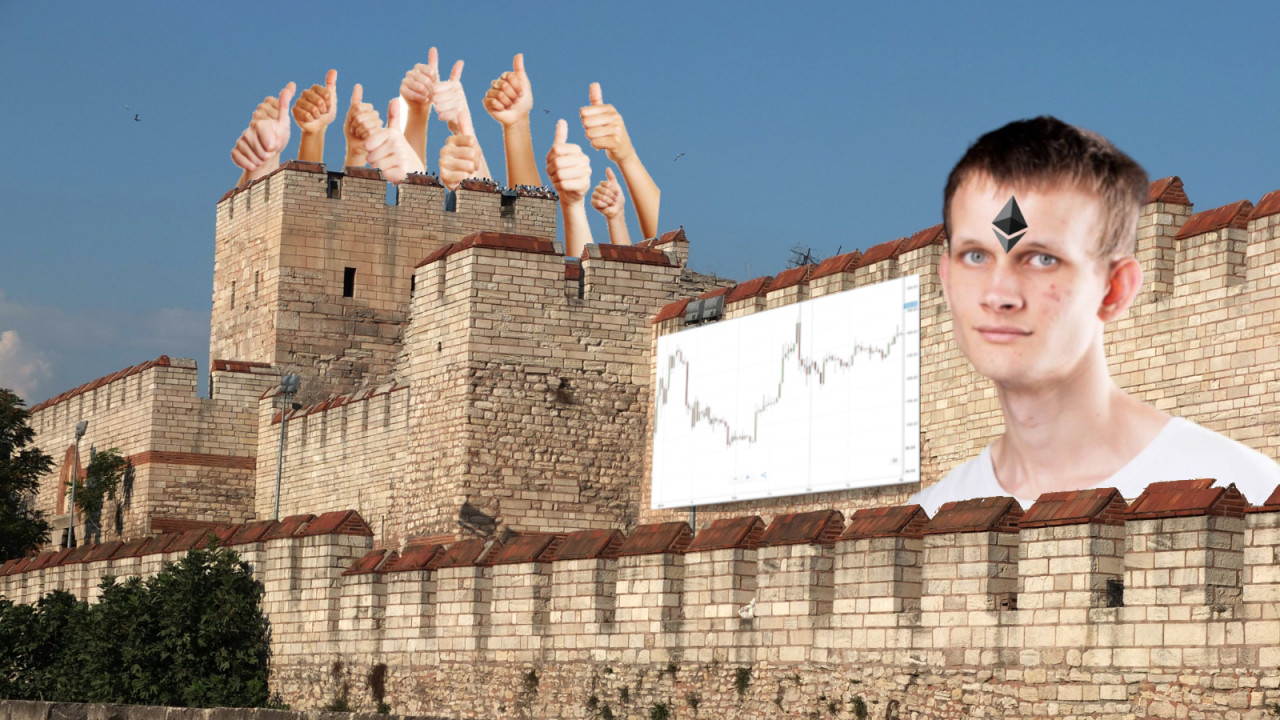 Ethereum’s creators wanted to build a platform that would allow users all over the world to write decentralized applications, and use the Ethereum ETH blockchain as what it calls a “world computer.”

One, perhaps unforeseen, consequence was that Ethereum’s smart contracts enabled the initial coin offering (ICO). Unfortunately, many ICOs revealed themselves to be little more than money-making scams. Many ICOs released white papers and Ethereum-based tokens with no intention of ever delivering a working product – many never did.

Nevertheless, Ethereum has remained at the forefront of the market since launching in July 2015.

This year could be pivotal for the Ethereum blockchain. It’s facing challenges on all fronts; scaling woes, governance issues, and platform updates are all hot topics in the Ethereum community at the moment.

We’ll have to wait and see how it will deal with these challenges and how that impacts its trading price.

Ethereum’s price, like many cryptocurrencies, had a positive 2017. Sadly though, it wasn’t the same story in 2018.

In 2017, Ethereum closed the year having made gains of over 8,000 percent. In 2018 however, its trading price dropped by 90 percent over the course of the year.

ETH opened 2018 at $712 and continued to grow in price until the middle of January, when it reached a high of $1,397. A few days later, however, a market correction caused its price to drop by 18 percent.

Despite a few brief but positive price jumps and a notable rally in April, ETH’s trading price went on a downward trend until the end of the year. It closed the year at a hair over $100, 93 percent down on its January high.

It’s been an uneventful first quarter in 2019 for Ethereum’s price. Ethereum’s trading price has been stable, with price swings being more conservative than most investors would be used to.

ETH opened 2019 at $137 and a brief rally saw its trading price reach $156 by January 7. This would be the highest price for Ethereum in the whole quarter.

On January 9, a market correction saw the price enter a month-long downward trend. It would eventually see ETH bottom out at $102 on February 7, 34 percent down from its early January high.

That correction was brief and Ethereum remained relatively stable – for a cryptocurrency, at least – for the rest of the quarter. The coin rallied in February, getting close to its January high, reaching a trading price of $155.

This was swiftly followed by another correction which saw its price drop 20 percent leaving ETH to trade at $124 on March 3. It hovered around this price for the rest of the month, closing the quarter at $140.

Over the course of the quarter, the coin grew by 2 percent. It might not be much but it’s growth nonetheless.

Major events in Q1 for ETH

The Ethereum developer community is facing a whole host of challenges including, security flaws in updates, arguments over decision-making, and dapps leaving Ethereum for other platforms.

In January, Ethereum had to delay a long awaited hard fork following security concerns over updates to its smart contracts. Had the update happened, the vulnerability would have allowed attackers to exploit smart contracts to steal funds from them by interacting with the contract numerous times.

Ethereum is also facing usership issues. Of the top 50 dapps on DappRadar.com, only three use the Ethereum blockchain. Many developers seemingly favor the EOS and TRON platforms. It appears most dapps are migrating because of the continued scaling woes that Ethereum is still in the process of addressing.

Indeed, to address these scaling challenges, the Ethereum developer community is looking at moving away from its current Proof-of-Work model to a Proof-of-Stake style model. The finer details of this are far from decided, but it’s a challenge Buterin and co. have been exploring for quite a while.

In a recent interview and Reddit thread, Buterin opened up about his concerns when moving Ethereum to a Proof-of-Stake model. Buterin’s primary concern lies in keeping Ethereum’s blockchain decentralized while also ensuring a low entry barrier for network validators. Put otherwise, he wants to make sure the cost of running a node doesn’t become prohibitively expensive.

The Ethereum community is also beginning to challenge just how the platform is governed too. Some parts of the community claim that its direction and development is being controlled by a small group of developers, locking out the opportunity for everyone’s voices to be heard.

It might sound like Ethereum is on a knife-edge going into Q2. But given how well it weathered the bear market and how stable its price was for the final half of Q1, it seems to be resilient in the face of recent challenges.

As soon as Q2 opened, cryptocurrency prices across the market went skyward. Between March 1 and 3, ETH’s trading value shot from $139 to $177, a 27-percent increase.

Indeed, it’s a strong start but Ethereum is facing many challenges. Whether this strength will continue remains to be seen.