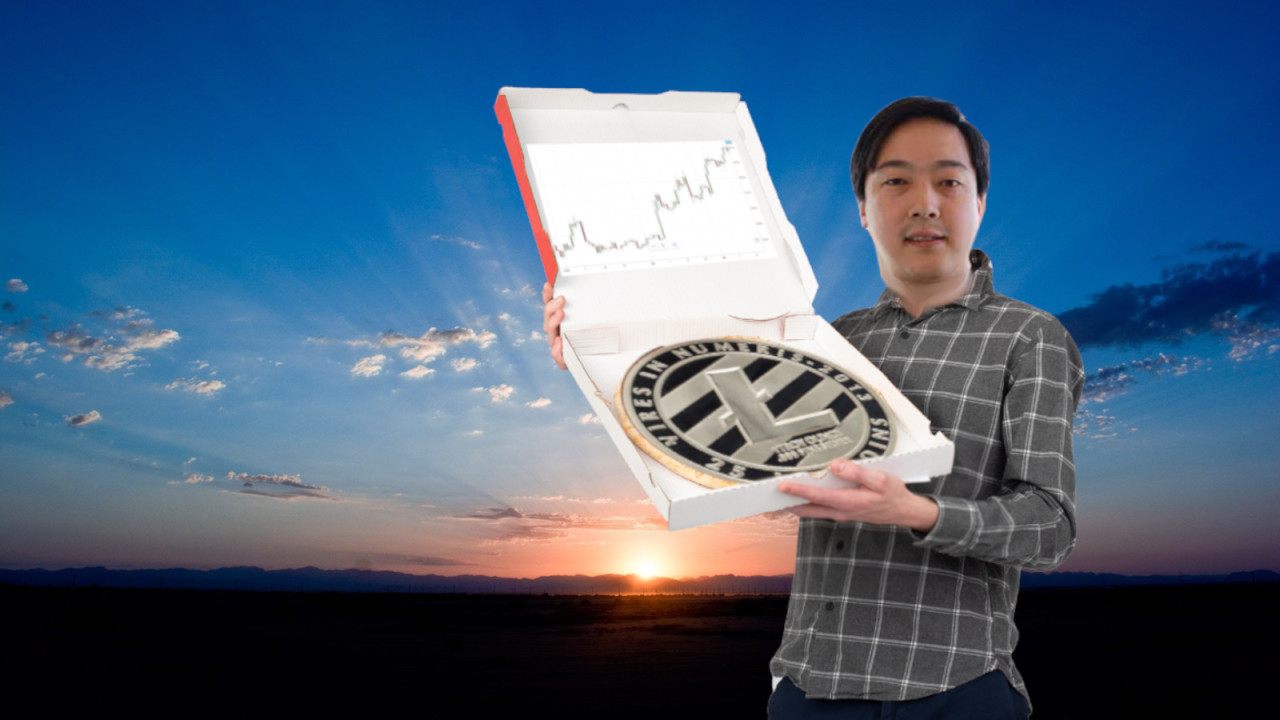 Litecoin LTC (LTC) was created back in 2011 as one of the earliest forks of Bitcoin. Like many other cryptocurrency projects, such as the Lightning Network, Litecoin promises to improve on Bitcoin by offering a cryptocurrency better suited to high volume, low value, everyday transactions.

This supposed “lite” cryptocurrency has a block time that it claims is about 25-percent less than Bitcoin’s. In theory, it should process and validate transactions much quicker.

Despite sounding like it solves many of the issues that plague Bitcoin, Litecoin has not reached the same market cap. That said, at press time, it’s still the highest ranking Bitcoin fork according to CoinMarketCap, taking 5th spot by market capitalization.

Like most other cryptocurrencies, Litecoin finished off 2018 with a downward trend from where it opened the year.

But from there on, Litecoin was unable to escape the correction that plighted the entire cryptocurrency market last year. It ended December 2018 87 percent down on its opening value, closing the year at $29.36

Overall, Litecoin has got off to a strong start in 2019. Any new investors to this cryptocurrency will have seen gains on this particular coin over positions at the start of the year.

Unfortunately, this upward trend was short-lived. By mid-January LTC’s price dropped to levels inline with its year open. It spent the next four weeks hovering around a trading price of $30. While potentially disappointing for some investors, for those that held their nerve the outlook improved into the rest of the quarter.

Across a four day period from February 6 to 10, Litecoin’s price shot up by nearly 42 percent from a somewhat stable $32.20, to $45.71. This swift jump in LTC’s price marked the start of a period of sustained growth which continued until the end of the quarter.

LTC saw another substantial jump in the first week of March which saw its price jump from $45.28 to just over $56.

By the close of the quarter Litecoin was sitting a comfortable 93.7 percent up on its year open. Its trading price being a hair over $60.

There have not been many huge swings Litecoin’s price this year. Investors looking to make big short term gains were likely left wanting. It has been, uncharacteristically for a cryptocurrency, acting positively and stable.

Indeed, 2019 is shaping up to be a big year for Litecoin, and this steady growth will likely continue until August when the coin is expected to undergo its reward halving. The halving will reduce the Litecoin mining reward from 25 LTC to 12.5 LTC per block.

This isn’t the first halving that Litecoin has undergone. LTC’s block reward first halved way back in 2015, and in the months leading up to the event its value rose by around 700 percent. Whether we’ll see such huge increases this year remains to be seen, but it won’t come as a total surprise if it does.

As one of the earliest forks of Bitcoin, Litecoin is one of the most proven cryptocurrencies. Its creator, Charlie Lee, may not blow its trumpet as loudly as other developers, but Litecoin has slowly and steadily continued to develop over the years with few signs of slowing. It’s managed to maintain its relevance in a competitive space.

As know-your-customer and anti-money laundering regulations get implemented across the globe, making cryptocurrency payments less anonymous. Lee has vowed to bring confidential transactions to the platform at some point in 2019. For those bullish on privacy coins, be sure to keep Litecoin on your radar as the year continues.

Fungibility is the only property of sound money that is missing from Bitcoin & Litecoin. Now that the scaling debate is behind us, the next battleground will be on fungibility and privacy.

I am now focused on making Litecoin more fungible by adding Confidential Transactions. 🚀

It looks to be a strong start to Q2 for Litecoin. Most markets saw a strong upheaval in prices, seemingly a knock on improvement from a surge in the price of Bitcoin. Litecoin jumped from around $60 to near $70 in a matter of hours. With prices increasing across the board, this could finally be a sign of the end of the bear market.

Litecoin’s speedy operation has certainly made it popular over recent years, and with Lee’s determination, it has developed a project that is seemingly standing the test of time.

Given Lee’s continued focus, and with Litecoin expected to witness another halving before the year is out, it’s certainly looking like “the faster Bitcoin” will continue to mature well in the eyes of investors. But of course, this is cryptocurrency, and anything is possible.