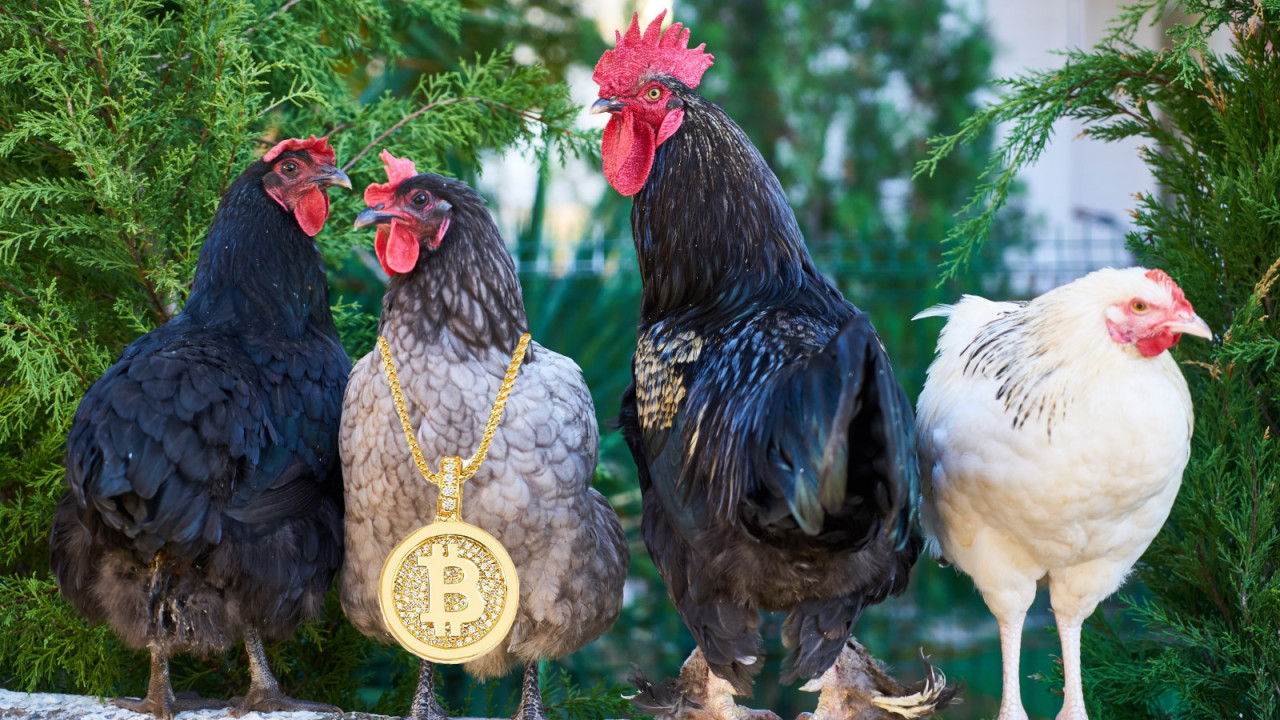 It’s a cold, wet, and windy day in mid-January. You hear the knocking of the shutters against the window pane as you roll over in bed trying to find some warmth. Looking at the clock that’s been handed down four generations in your family you see it’s still not even four in the morning. You realise it’s time to feed the chickens.

As you rise from your stupor you think to yourself, “this would be so much easier if I could do this with the blockchain.” Well my friend, now you can! With Pollofeed.com.

No more do you have to brave the cold in winter. All you have to do is fire up your Lightning Wallet and send the paltry sum of 1,000 Satoshis to Pollofeed via the Lightning Network and it will feed the chickens for you.

It’s finally starting to feel like Bitcoin is getting useful, real-world use cases.

But it’s not just chickens that are getting their claws on Bitcoin.

Satoshi’s world recently launched an augmented reality type game which let people graffitti over a Google Maps feed all in exchange for some Satoshis. Someone even took the opportunity to write “Bitcoin” on the White House.

Dutch hacker Roeland P Lanparty recently put a child’s Lego train on the STEEM blockchain and it would make a “choo-choo” sound everytime a block is signed.