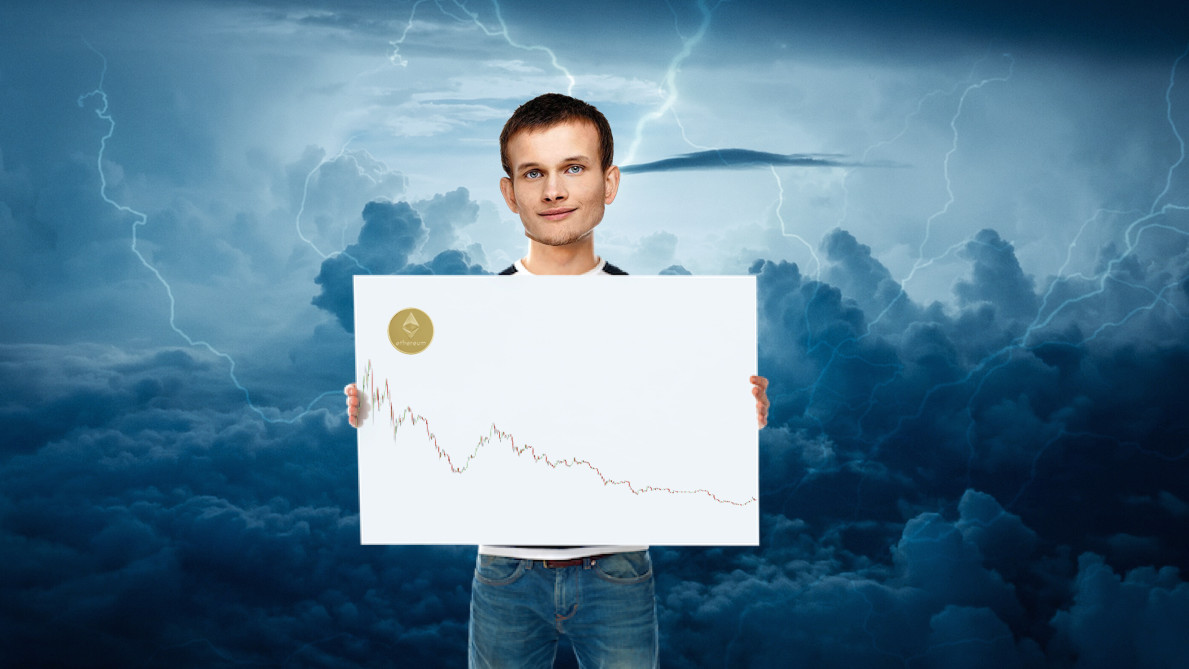 Ethereum ETH is an open-source blockchain platform which lets anyone create and deploy decentralized applications (DApps). The project was first proposed in a white paper in 2013 by a 19 years old Vitalik Buterin.

Buterin’s purpose was clear. Instead of targeting and building every single use-case over blockchain, he wanted to create something that could be used to create anything over blockchain — whether it is custom cryptocurrencies, financial instruments, smart property, decentralized storage systems, decentralized autonomous organizations (DAOs), non-fungible assets, identity management solutions, or whatever else you could think of. And, he wanted the users to be able to do this by ‘writing up the logic in a few lines of code.’

The project went live on July 30, 2015 with the launch of its genesis block. “The vision of a censorship-proof ‘world computer’ that anyone can program, paying exclusively for what they use and nothing more, is now a reality.” Ethereum development team said at the time.

So far, it doesn’t seem to have worked out quite that way. Instead of being home to meaningful blockchain-based applications that provide real-world utility, Ethereum has ended up becoming a breeding ground for the controversial initial coin offerings (ICOs) — which are more often scams than not.

In a rare scenario when a DApp called CryptoKitties gained traction, it ended up crashing the Ethereum network, tremendously slowing down the transaction speed and increasing the cost.

The Ethereum developers haven’t given up though. The team has been working on implementing various technologies with the Ethereum network to solve the scalability woes.

ETH made gains of more than 8,800 percent in the year 2017 closing on $712 on the last day of December — not a surprise given the overall cryptocurrency market bull run.

The cryptocurrency continued its rally in the first half of January, breaking at $1397 on January 14. ETH saw a major market correction of 18.5 percent on January 16.

The ETH market recovered briefly again only to slide even further, trading at $395 by March 30. It made another brief recovery in May, trading at $816, still 42 percent lower than the price it was trading at on January 14.

This was the last significant recovery for ETH as the downward trend dominated for the rest of the year. By December last week, the cryptocurrency is down to $101.09, marking nearly 93 percent loss in market price compared to January 14.

ETH also performed poorly compared to BTC in 2018, losing 47 percent of its relative value through the year. ETH lost out in the competition in spite of making 116 percent relative gains in January.

Ethereum began the year with the scare of scalability given by CryptoKitties, forcing it to get straight at work on its latest planned implementation called sharding.

In February, Buterin hinted at the possible implementation of sharding with the network. In a research paper co-authored with two researchers from University College London (UCL) in September, he argued that sharding can successfully help Ethereum scale without compromising security of the network in any way.

But, it was only one of the several planned developments to improve Ethereum’s scalability.

In March, Buterin proposed further improvements on the Plasma solution, which he had co-authored with Lightning Network’s Joseph Poon the previous year.

Buterin said that rather than having to download the entire plasma history as previously suggested, under the new proposal users would be able to instead generate ‘Plasma coins’ by sending a deposit to the contract. “The main benefit here is that basically the amount of data that clients need to process goes down by a lot,” he explained.

In March, Ethereum Foundation announced several grants to projects running on the Ethereum blockchain that are working on improving the network’s ‘scalability, usability, and security.’

In September, Buterin wrote that zkSnarks, a form of cryptography espoused by zcash could help Ethereum scale, without having to rely on second layer solutions like Plasma or Raiden.

In November, Coindesk reported that Ethereum developers are working on a secret scaling solution dubbed ‘ethereum 1x,’ that could be implemented by June 2019.

The total ETH supply also crossed 100 million in June, raising concerns over the economics of the cryptocurrency. With no mechanism to keep the supply in check, ETH market price risks seeing a drop over the course of time due to unbalanced demand and supply.

In June, the US Securities and Exchange Commission (SEC) director of corporate finance William Hinman clarified that Ethereum doesn’t constitute as a security, and is, therefore, out of the agency’s legal purview. In December, the US Commodities Futures and Trade Commission (CFTC) sought public comments on Ethereum Network to help it understand the underlying functionalities of the blockchain project.

Ethereum had a good year in terms of adoption. In January, the National Research Council of Canada (NRC) trialed the network for keeping government records. Similar implementations were also made by Austria’s Oesterreichische Kontrollbank (OeKB), and Australia’s Commonwealth Bank (CBA).

The first version of Casper — a planned change in the way consensus is reached on the Ethereum’s blockchain — was released in May. UK-based digital asset trading service Crypto Facilities also launched Ethereum Futures the same month. In August, BTC.com — a Bitmain subsidiary and world’s largest cryptocurrency mining pool — released a new client specifically built to mine ETH.

In September, a system-wide upgrade called Constantinople was finalized that included five different ethereum improvement proposals (EIPs). The upgrade — if it happens — will be a hard fork with the nodes having the choice of either upgrading with the entire system or exist as a separate entity. According to Coindesk, the fork could happen in early 2019.

Many blockchain platforms have cropped up since Ethereum to let users create and deploy decentralized applications and smart contracts. But Ethereum retains the first mover advantage and majority of the market.

The year 2018 didn’t prove to be the best one for Ethereum. The market performance of its cryptocurrency ETH was worse than most other top ten coins (by market capitalization). The network also likely didn’t make as much progress on the scalability front as the Ethereum Foundation could have hoped for going into the year. DApps on the network aren’t making any waves either in terms of popularity or innovation.

In spite of all this, Ethereum has still got a lot working for it. To begin with, it still shows more technical soundness than any of its competitors. The network has also stuck by the decentralization principles more closely than the other blockchain platforms.

When it comes to a ‘blockchain resume,’ few companies can claim as many industry veterans as Ethereum, and the team continues to inspire faith among investors.

The year 2019 has more competition awaiting Ethereum, and the foundation behind the network should get working on ensuring that the promises it made back in 2015 are fulfilled. The platform needs better DApps running on it — and running effectively. It is also impertinent to ensure that the Ethereum developer community strives towards a common goal, rather than be divided on every issue facing the network, like it happened in 2018.

Team Ethereum has a lot of work ahead of it in 2019, and how they implement the many awaited changes with the network is what will likely determine the performance of ETH through the year as well.

Now that you have actionable information on the future of Ethereum, it’s time to start investing. With eToro, a leading social trading platform, you can trade manually or copy the actions taken by leading traders, taking much of the stress and work out of your investments.