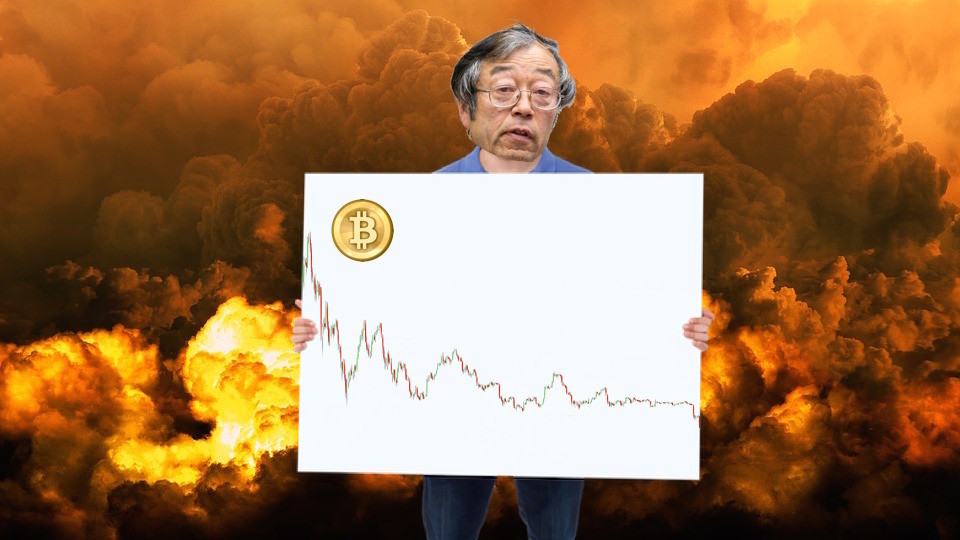 Bitcoin BTC — the cryptocurrency that started it all — was released in 2009 as open-source software by a person or group of people using the name Satoshi Nakamoto. The idea was to create a peer-to-peer electronic currency that didn’t rely on any central authority or intermediary for validating the exchange of money.

Transfer of Bitcoin is instead verified through a distributed consensus system called mining and the confirmed transactions are listed on the Bitcoin’s blockchain — essentially a shared public ledger.

The whole process of transaction makes Bitcoin a pseudonymous currency that guarantees a certain level of privacy — if done carefully. This meant that some of the people indulging in illegal activities found Bitcoin attractive; in turn, raising the eyebrows of regulatory authorities across the globe.

Through the years, Bitcoin has been dismissed by many prominent leaders and organizations including the Bank of International Settlements (BIS), Warren Buffet, Bill Gates, and Jamie Dimon.

It has been called a “scam,” “a ponzi scheme,” “terrorists’ money,” and “a speculative bubble.”

Popular digital media — including Facebook, Google, Twitter, Snapchat, LinkedIn, MailChimp, and Bing — have set restrictions on its advertisements on their platforms. Governments of several countries have issued blanket bans on all things Bitcoin and cryptocurrencies.

According to a website that keeps track, Bitcoin has been declared dead 336 times till now.

Yet, through it all, Bitcoin has survived and is gathering more attention than ever.

Not all concerns raised about Bitcoin come from ignorance or fear. The cryptocurrency continues to grapple with high transaction fees, sluggish speed, scalability issues, and alleged centralization of power in the hands of a few miners.

A host of cryptocurrencies and blockchain networks have emerged since, claiming to improve upon Bitcoin, but in terms of market adoption, none has managed to come anywhere close to the apex virtual currency.

BTC rallied for the first week of January gaining 36 percent breaking at $17,527 on January 7, the highest market price it would see for the rest of the year. Maintaining a single downward wedge, BTC dropped down to $7,051 on February 6, losing 60 percent of its market value over the month since January 7.

BTC recovered its price again to reach $11,372 by February last week, but was trading at less than $7,000 again by March end.

The cryptocurrency rallied again in the second quarter of the year to trade above $9,000, but the market was corrected again by May last week.

BTC saw another minor rally at the start of third third quarter, but maintained relative stability between September to mid-November averaging at $6,300 after the market correction.

As of December last week, BTC is trading at $3,898, marking a 70 percent drop in value since the start of the year.

In February, Bitcoin’s transaction fees fell significantly from an average of $26 to $3. Cryptocurrency analysts credited this improvement to either the implementation of Segregated Witness (SegWit) soft fork of Bitcoin or the reduced hype after the end of the market bull run. By April, Bitcoin’s median transaction fees were some of the lowest since 2011. The seventeen millionth Bitcoin was also mined in April out of the maximum 21 million ever possible.

In March, yet another Bitcoin hard fork called Bitcoin Private was launched but failed to gain significant market traction. The same month, the US Marshals Service auctioned 2,170 BTC (worth about $25 million at the time) that were seized in connection with federal, criminal and civic cases.

Twitter CEO Jack Dorsey said Bitcoin will overtake US Dollar to become the world’s primary currency in ten years or less. Meanwhile others like Kenneth Rogoff — a Harvard professor and former chief economist at the International Monetary Fund (IMF) — predicted that Bitcoin could fall as low as $100 in the next decade.

Warren Buffet again cast his doubts on seeing Bitcoin as a genuine investment, calling it a ‘gamble’ in an interview with Yahoo Finance.

In August, mobile payments firm Square said that its Cash App, originally announced in January, could now be used to purchase Bitcoin in all 50 US states.

In October, a Chinese court ruled that in spite of the illegal status of cryptocurrency trading in the country, Bitcoin is still protected as a private property with economic values under the country’s laws. Earlier, a Dutch court had also ruled Bitcoin to be a legitimate transferrable value under local laws.

In November, Ohio became the first US state to allow taxes to be paid in Bitcoin, after many other states including Arizona, Georgia, and Illinois previously scrapped such plans after initial considerations.

At a time when 600,000 mining operations shut down due to lack of profits, Intel successfully filed a patent for an energy-efficient cryptocurrency mining processor.

Many in the cryptocurrency community have their hopes pinned on the US Securities and Exchange Commission (SEC) approving Bitcoin ETF proposals, but the federal agency has so far responded by summarily rejecting all such proposals sent its way.

In December, two US lawmakers proposed to exempt cryptocurrencies from federal securities laws. According to a Bloomberg report, New York exchange operator Nasdaq is also planning to list Bitcoin futures in the first quarter of 2019 subject to regulatory approval.

In such a scenario, it isn’t wrong to say that Bitcoin will likely continue to be the captain of the cryptocurrency ship throughout 2019 as well — severely affecting the market price of all other coins.

Many doubts have been casts over BTC due to the bearish 2018, but it can be argued that this slump is only a market correction for the late 2017 growth (that ideally shouldn’t have happened anyway).

The interest in cryptocurrencies and blockchain technology is only growing, and being at the forefront of it all, Bitcoin is likely to benefit the most. The apex cryptocurrency is unlikely to see a 2017-like growth again, and if cryptocurrencies ever want to be taken seriously, it shouldn’t either. The year 2019 could finally ‘normalize’ Bitcoin and cryptocurrencies — making the growth relatively stable.

Now that you have actionable information on the future of Bitcoin, it’s time to start investing. With eToro, a leading social trading platform, you can trade manually or copy the actions taken by leading traders, taking much of the stress and work out of your investments.