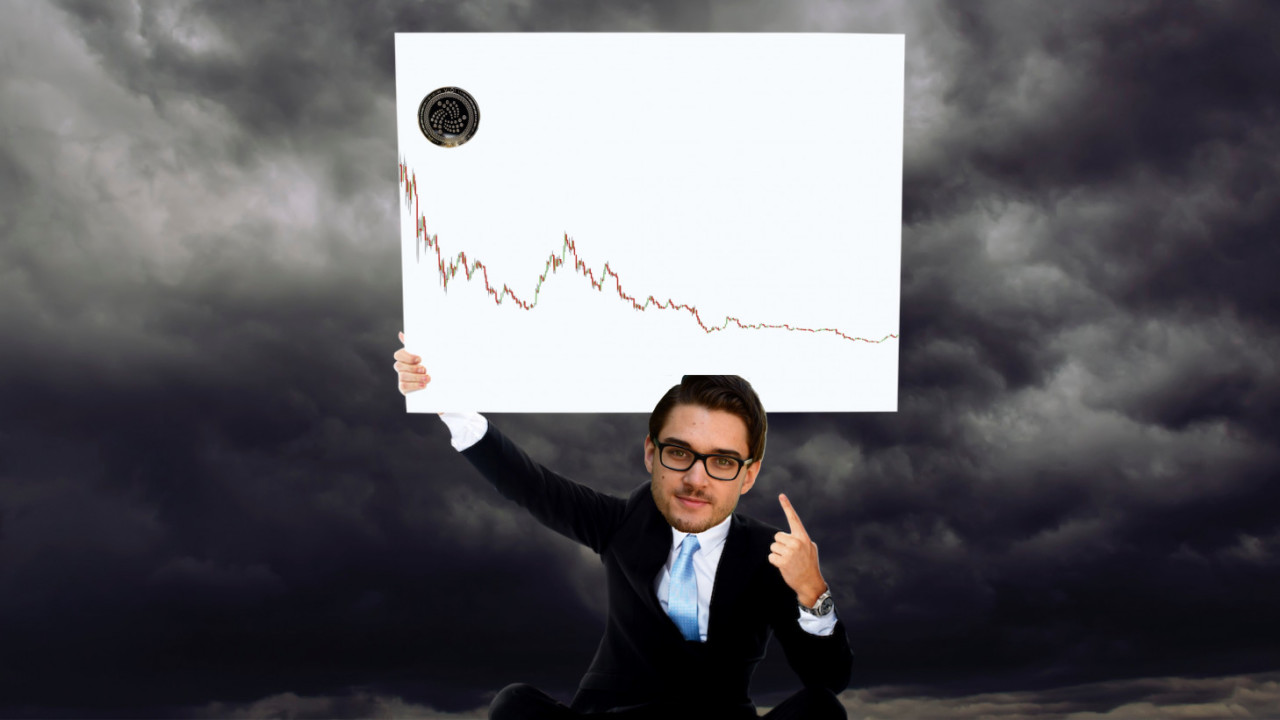 At a time when cryptocurrency was synonymous with blockchain technology, IOTA proposed a modification.

IOTA, as its name would suggest, aspired to be a cryptocurrency for the future of Internet of Things (IoT). But its founders thought that the blockchain had “too sluggish transaction times and skyrocketing fees” to be able to power the world of connected devices. Instead, they introduced a new distributed ledger technology based on Directed Acyclic Graph (DAG) — and named it Tangle.

So, what is holding IOTA back from dominating the cryptocurrency market? In order for Tangle to work as intended, IOTA first needs to scale — and so far, it hasn’t.

MIOTA, IOTA’s native cryptocurrency, opened the year 2018 at $3.56 — a nearly 500 percent increase in price since it first began trading in June last year. Most of this growth was accumulated in November-December during the “crypto boom.”

MIOTA market saw a minor upswing in mid-February trading at above $2 again, but saw a quick correction between February 21-23, bringing its price down to $1.60 again.

MIOTA maintained a dominant downward trend for the second half of the year. The cryptocurrency was trading at less than a dollar by June end. By August 15, MIOTA was trading at $0.45 —  a 87 percent drop in market price since the beginning of the year.

From mid-August onwards, MIOTA maintained relative stability in price for the rest of the year, although seeing a slump in November. As of December last week, MIOTA is trading at $0.32. The cryptocurrency has seen a 91 percent drop in market price through 2018, and has lost nearly half of its price from the day it first traded in June 2017.

MIOTA has also performed poorly against BTC in 2018 with the MIOTA/BTC pair losing 64 percent of its value through the year.

In February, the government of Taipei — Taiwan’s capital — announced that it is working with IOTA for its digital citizen identification project.

The United Nations Office for Project Services (UNOPS) also teamed up with IOTA in April to see how its decentralized ledger technology, Tangle, could help the organization streamline its operations.

In November, IOTA Foundation announced a partnership with Ledger to integrate its MIOTA tokens with the company’s hardware wallets. The foundation also announced the creation of a new research council to support the IOTA project.

In December, the organization partnered with cybersecurity firm Cybercrypt to create a new hash function called Troika — declaring a $220,000 bounty for anyone who helps find flaws with its security system.

In the last one and a half years, few cryptocurrencies have courted nearly as many controversies as IOTA. Whether it is partnerships gone sour, internal strifes, or technology criticism. In spite of all this, IOTA has managed to remain one of the top performing coins throughout.

A lot of IOTA’s future depends upon whether it can successfully prove critics wrong on the feasibility of Tangle in enabling actual real-time transactions in a time and cost efficient manner as it promises, without compromising on the cryptographic principles.

The market price movements of IOTA show great reliance on overall cryptocurrency sentiments rather than individual performance. While this is true for most cryptocurrencies — the trend is comparatively stronger in case of IOTA.

IOTA is also one of the few top cryptocurrencies that are trading at a lower price at the end of 2018 than when it launched first, which is not true for its contemporaries like Binance Coin (BNB) and NEO (NEO).

The year 2019 could prove to be a ‘make it’ or ‘break it’ year for IOTA — possibly making it one of the more volatile investment options in cryptocurrencies.

Now that you have actionable information on the future of IOTA, it’s time to start investing. With eToro, a leading social trading platform, you can trade manually or copy the actions taken by leading traders, taking much of the stress and work out of your investments.