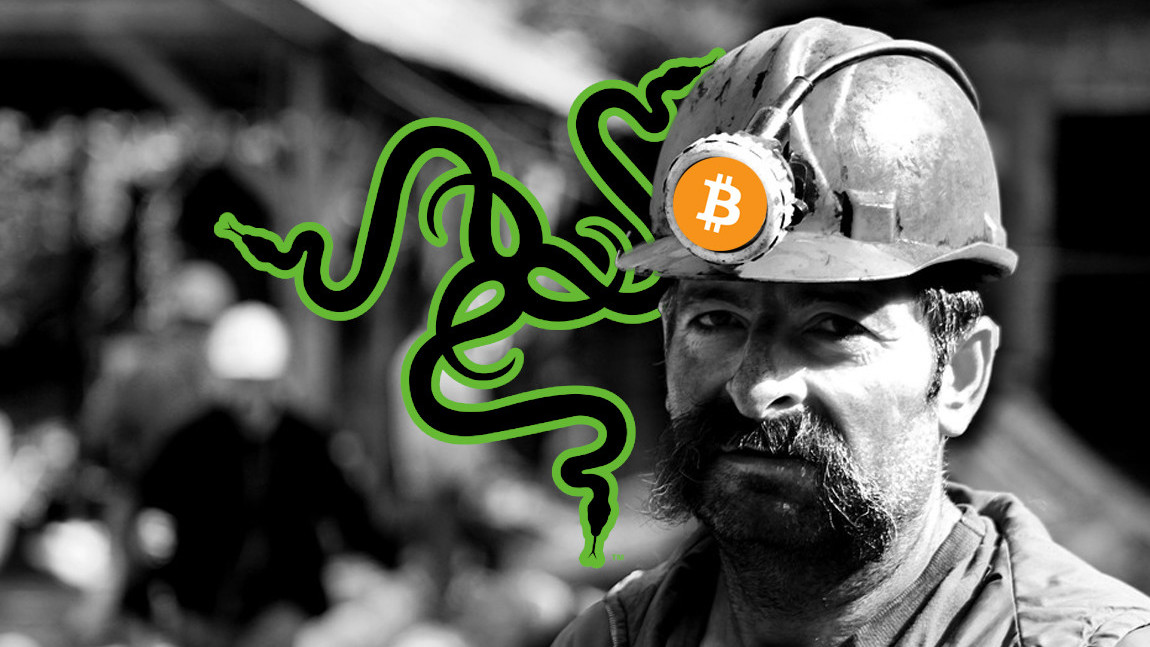 Yesterday, Razer announced the launch of its SoftMiner program which uses a computer’s redundant resources to mine cryptocurrency when the user is “away from keyboard” (AFK). Only the user doesn’t get any of the mined cryptocurrency, all they get is store credit at Razer, known as Razer Silver.

When a person runs the SoftMiner program on their PC they are actually contributing to a third party platform called GammaNow, Motherboard reports. This third party is responsible for managing the mined cryptocurrency which will include Ether and a handful of other altcoins. GammaNow pays Razer a fee for all the cryptocurrency mined through the SoftMiner platform, some of which is passed on to the user.

Think about that for a second, there’s not one intermediary, but two; Razer and GammaNow. Obviously, GammaNow and Razer are both taking a cut of any profits made from the mined cryptocurrency, and the users return is likely to be greatly diminished.

Naturally Razer has come under great scrutiny for the release of this software. It seems particularly confusing given the recent downturn in the cryptocurrency market, and the fact that miners are reporting huge losses, and shutting down operations left right and center at the moment.

ZDnet crunched some numbers and found each piece of Razer silver is worth about $0.003, it would take a SoftMiner user three days, non-stop, to earn $5 worth of Razer Silver. Bear in mind Razer Silver is not a cryptocurrency, it can’t be traded and it can’t be transferred. And of course, this is all before any additional electricity costs are taken into consideration.

Razer aren’t the first to try and encourage users to mine cryptocurrency with their idle computers. Recently, hardware manufacturer ASUS launched a similar scheme to get its GPU owners to mine coins with their redundant graphics cards. This all comes at a time when ASUS and Gigabyte announced that they have swathes of surplus GPUs, I’m dubious as to whether these platforms were created to help shift some of that excess stock.

If you’re a massive fan of Razer hardware, and have cheap electricity maybe SoftMiner might work well for you. But for the majority of us, it’s likely to put excess wear on our computers and increase our electricity bills all for little reward. If you’re serious about mining, download something like MultiMiner and keep all the profits for yourself.