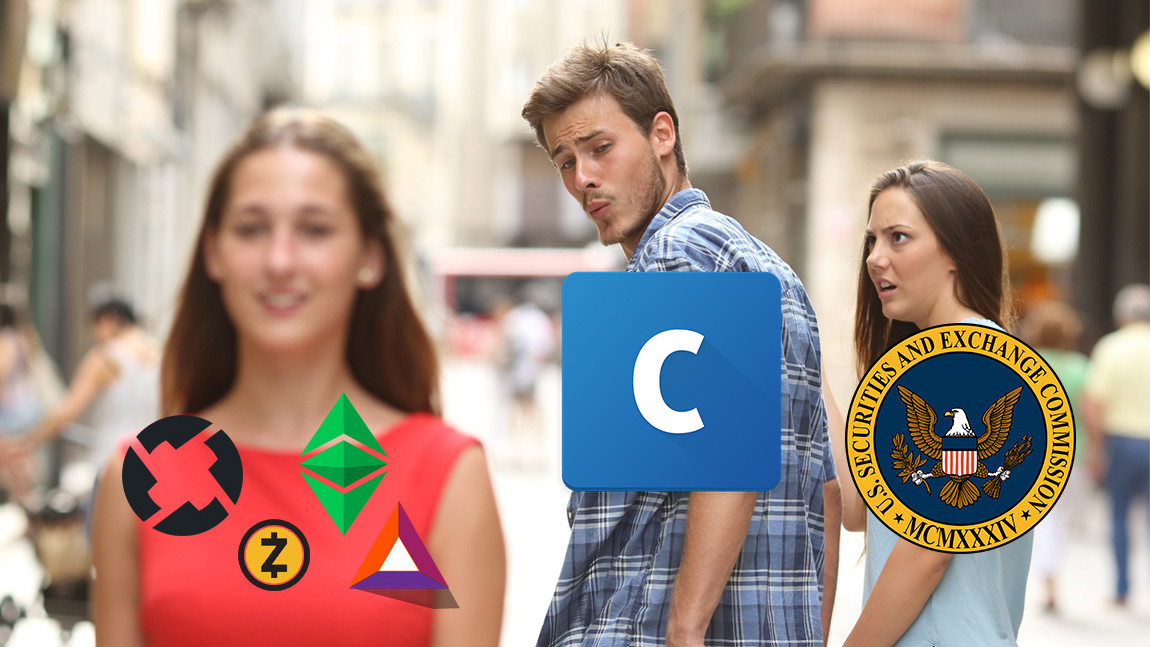 After doubling its cryptocurrency lineup this year, it seems popular exchange service Coinbase has no intention of slowing down its expansion into altcoin trading.

The company has revealed it’s exploring a large list of cryptocurrencies that could soon be added to its flagship desktop and mobile app, Coinbase.com. Among others, Coinbase singled out Ripple‘s XRP, Cardano’s ADA, EOS, as well as the embattled Tezos (XTZ).

Ramping up cryptocurrency listing on Coinbase

Although Coinbase had previously employed a rather selective strategy when it came to adding new currencies to its platform, it has gradually adopted a far more aggressive listing approach.

Earlier this year, the company opened up its listing application form to practically any company in the space. The move attracted quite a bit of ridicule from the larger cryptocurrency community

Up until last year, the exchange’s offerings featured exclusively Bitcoin (BTC), Ethereum (ETH), Bitcoin Cash (BCH), and Litecoin (LTC). This year alone, Coinbase has already added five new assets in 2018 alone and, by the looks of it, this is only the beginning.

“Over time, we intend to offer our customers access to greater than 90 [percent] of all compliant digital assets by market cap,” the exchange said on its blog.

For the record, this isn’t the first time the company has teased some of the currencies on its shortlist. As always though, there’s no telling when or whether those assets will make their way to the platform.