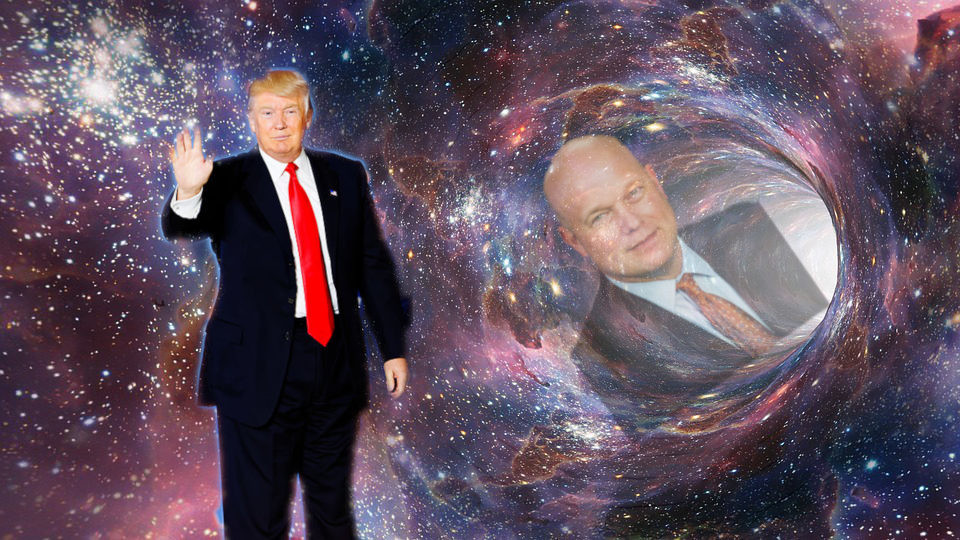 Some very strange details have surfaced regarding Donald Trump’s newly appointed acting attorney general, Matthew Whitaker, and his involvement with a cryptocurrency for time travel.

For years, Whitaker sat on the advisory board of World Patent Marketing, a marketing firm that has since been shut down by order of a federal judge, reports Mother Jones (and spotted by Cointelegraph).

World Patent Marketing once claimed to be working closely with a cryptocurrency project described as a “theoretical time travel commodity” pegged to the price of Bitcoin, named Time Travel X.

Time Travel X sure sounds like a stablecoin for time travel. It obviously never came to fruition, because time travel isn’t real.

The firm was shut down last year, after a federal judge labelled it an outright “scam.” Authorities then fined it $26 million for duping newbie inventors out of millions of dollars, by charging exorbitant fees to promote their products.

Other insane inventions backed by World Patent Marketing during Whitaker’s reign on its board include a special MASCULINE TOILET, designed to help well-endowed men avoid unwanted contact with toilet water when relieving themselves.

There was also a Sasquatch doll, which it pitched alongside a marketing video claiming the existence of the fabled Bigfoot. Thanks to the wonders of the internet, the video is still around. Take a look.

Mother Jones also reported claims of World Patent Marketing approving an idea for patenting a fried chicken and waffle sandwich, despite it being legally impossible to patent foods like chicken sandwiches.

For what it’s worth, Whitaker has already denied knowing about the firm’s alleged fraudulent practices. Although, he did appear in this video from 2015, where he can be found shilling a prototype razor blade that had been recently taken on by the firm.

At this stage, whether Whitaker was responsible for making such wild business decisions may be unclear.

While that’s being figured out, can I get me some of those time traveling cryptocoins?

Satoshi Nakaboto: ‘Data shows 61% of Bitcoin hasn’t moved in over a year’