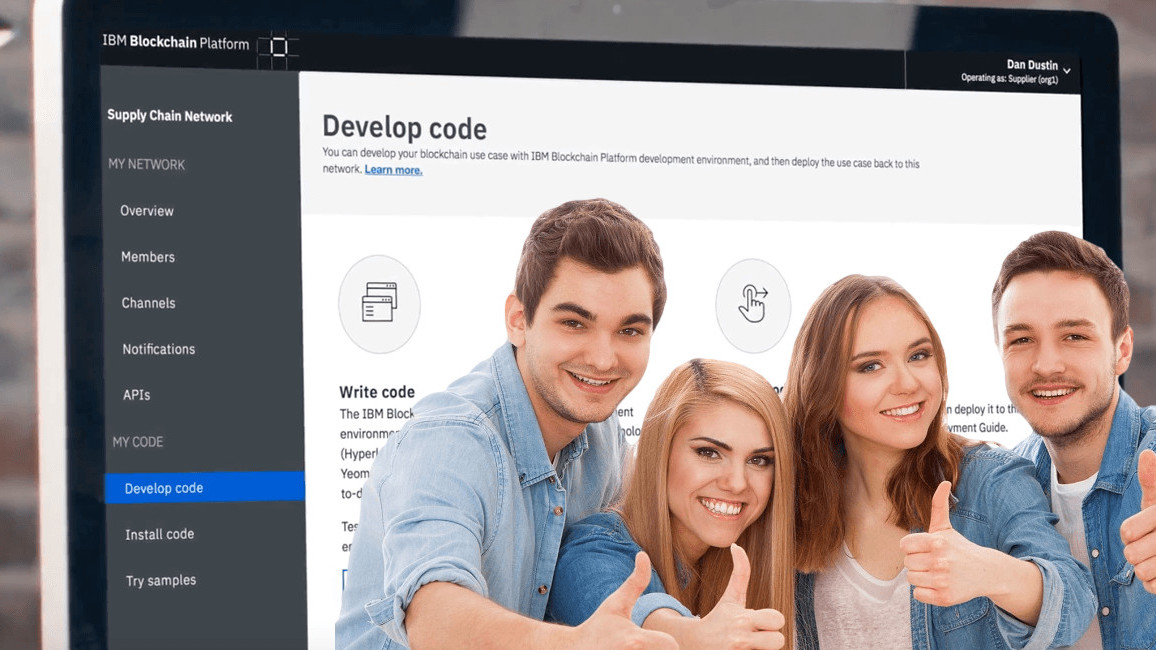 IBM appears hell-bent on establishing its dominance in the fledgling blockchain enterprise market.

The company has announced a bunch of improvements to its IBM Blockchain Platform, which offers a suite of developer tools to build decentralized solutions. Among other things, the platform will now support third-party cloud providers like AWS (Amazon Web Services).

“To support clients as they work to accelerate solutions that rely on blockchain, IBM is making the Blockchain Platform something a wide range of clients can implement — whether on the IBM Cloud, on another preferred cloud environment such as AWS, or locally using on-premises data centers,” the announcement reads.

“IBM is already seeing a wide range of scenarios and use cases embrace what we are calling the power of ‘anywhere,'” wrote IBM VP of blockchain, Jerry Cuomo. “Blockchain Platform for AWS is designed to enable clients to deploy distributed peers on the AWS Cloud.”

For this occasion, IBM has prepared a deliberately “inspirational” (and awfully hackneyed) promo video to show off its updated set of blockchain software solutions.  It is also offering $500 in credits for anyone interested in trying out a demo.

In addition to expanded support for cloud services, IBM is also rolling out a separate Cloud Private offering specifically designed to ensure compliance with new regulations like GDPR. Unlike its standard offering, Cloud Private promises “custom-managed networks” with more “flexibility” and “greater control” over data.

IBM is hardly the only technology giant taking aim at the blockchain market. Recently, Google, Amazon, and Microsoft have all launched similar cloud solutions for blockchain development.

Not so long ago, Cuomo took to the company blog to announce IBM has joined an effort to create “decentrlaized cross-blockchain registry that brings permissioned and permissionless blockchains together through a directory of blockchain networks” – basically a blockchain equivalent of the “Yellow Pages.”

Indeed, IBM has involved itself in a bevy of decentralized tech projects (like education, food tracking, and Ethereum-powered payments); unfortunately, the company has remained tight-lipped about the technical specifics.

Hopefully, its enterprise blockchain offerings and implementations are better thought out than its application patents.

Correction 18:52 UTC, November 13: This piece wrongly suggested that IBM has completed the acquisition of Red Hat. This is incorrect. A spokesperson has clarified IBM has expressed interest to buy out the cloud service company, but has not yet finalized the detail. We’ve updated the piece to reflect this accurately and apologize for the mistake.