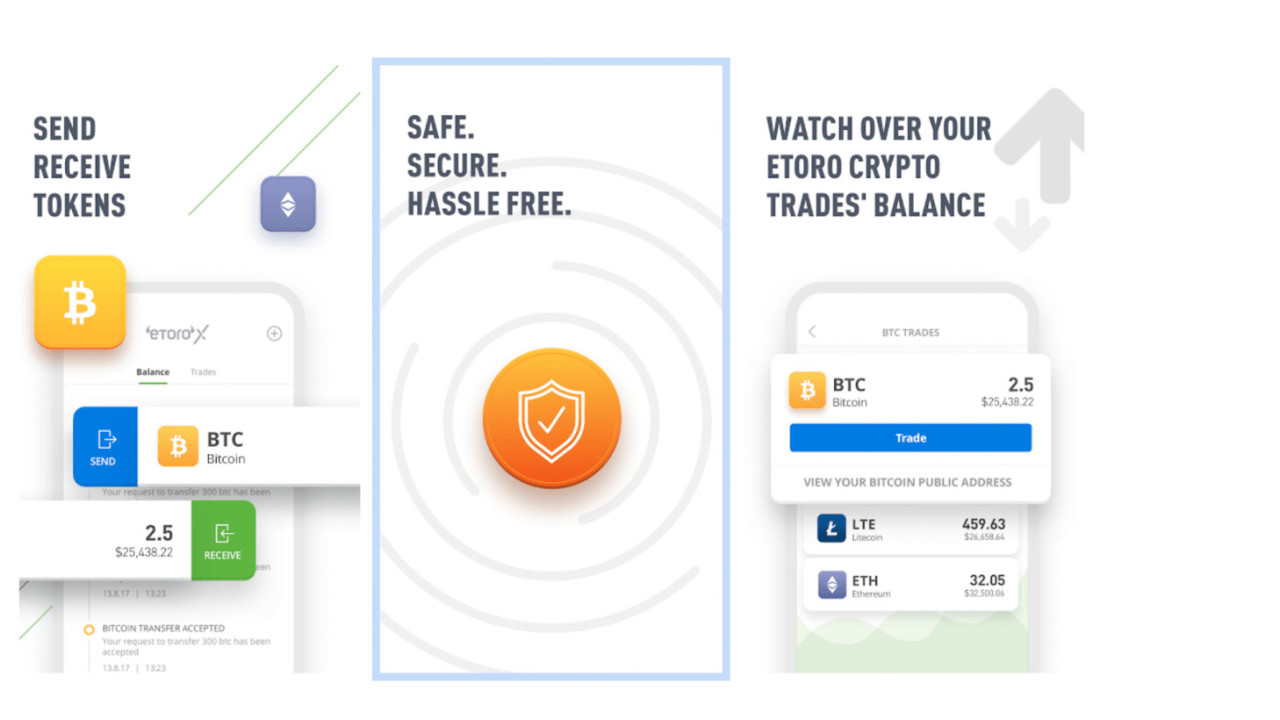 The wallet, which promises an intuitive customer interface and enhanced security, is now available on Google Play and Apple’s App Store. At launch, the app will support only Bitcoin, Bitcoin Cash, Ethereum, and Litecoin; however, eToro plans to add support for more cryptocurrencies in the near future.

There is a little catch though: to ensure a smooth customer experience, eToro is releasing the wallet only to select users and countries. So if you can’t find the app on Google Play or the App Store, you might have to wait a little longer.

“We believe that crypto and the blockchain technology that underpins it will have a huge impact on global finance,” said Yoni Assia, CEO of eToro. “Blockchain has the potential to revolutionise finance and we believe that we will see the greatest transfer of wealth ever onto the blockchain.”

“We believe that in the future all assets will be tokenised and that crypto is just the first step on this journey,” he continued. “Just as eToro has opened up traditional markets for investors, we want to do the same in a tokenised world. The eToro wallet is a key part of this.”

The company initially revealed plans to release its own standalone wallet app back in May. It also teased a new cryptocurrency-only exchange desk, slated to launch in Europe and later in the US.

For the time being, eToro says the ability to transfer cryptocurrency from eToro to the wallet will be open only to Platinum Club members for Bitcoin. The goal is to gradually extend the functionality to more users and assets.

“The eToro wallet today is just the beginning and we will adding a whole host of additional functionality which will include supporting additional crypto and fiat tokens, crypto to crypto conversion, the ability to deposit fiat, payment in store and more,” Assia added.

eToro X has received an ‘in-principle’ approval from the Gibraltar Financial Services Commission in respect of its application for a Distributed Ledger Technology (DLT) Provider Licence application.