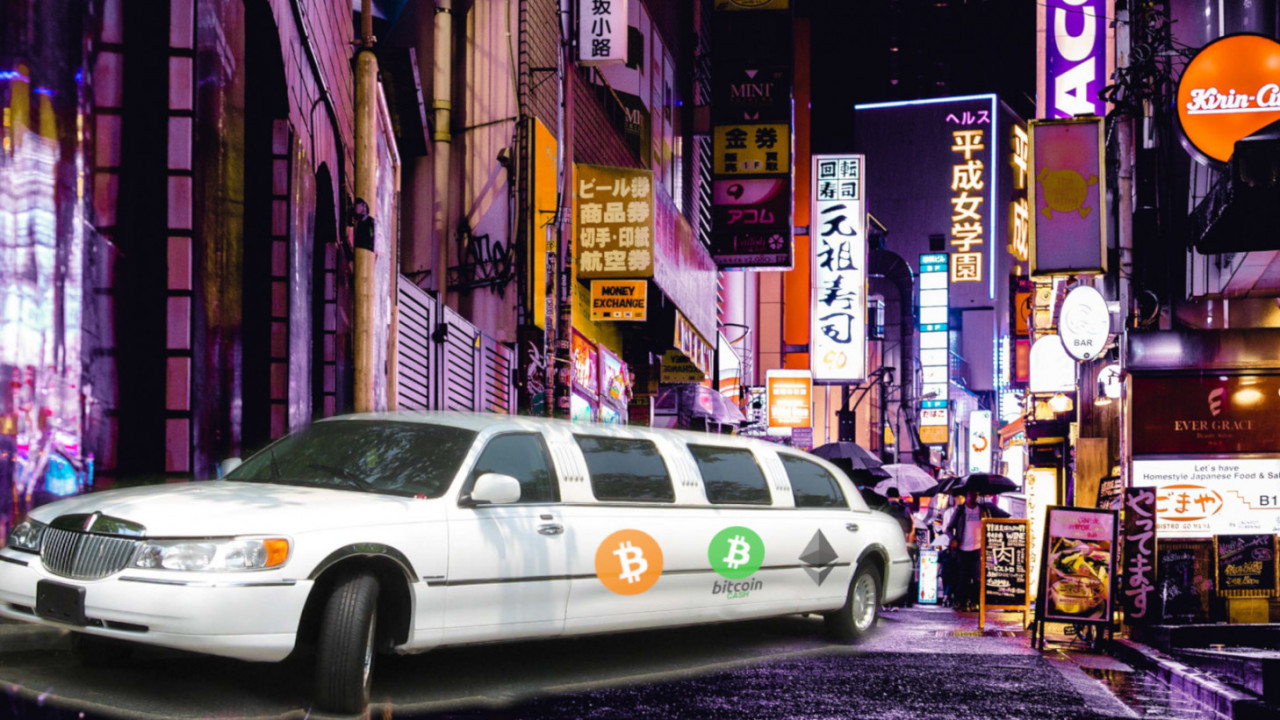 Tokyo has taken another step towards cryptocurrency “mass adoption,” and will be giving high-rollers another place to spend their hodlings.

The Hinomaru Limousine company claims it will be giving passengers the opportunity to pay for their travel – between the Japanese capital and the city’s two major airports – in digital currencies, Bloomberg reports.

Hinomaru Limousine co. is working with Remixpoint to implement the required infrastructure. Remixpoint just so happens to operate BITPoint, a licensed Japanese cryptocurrency exchange. It makes sense – the more cryptocurrency being spent, the more people need to buy from exchanges. A good thing for Remixpoint.

The roll out will begin with a trial later this month. It will begin by covering rides between Tokyo’s 23 districts and either Haneda or Narita airports, according to unnamed sources close to the matter. They also told Bloomberg that payments will be accepted in Bitcoin, BTC Bitcoin Cash, and Ethereum.

Hinomaru operates over 360 limousines and more than 160 taxis. If the limo roll out is successful, it’s wholly possible the company will begin to accept cryptocurrency payments in its taxis too.

An official announcement from Hinomaru is expected on Tuesday.

Japan has been moving its adoption of cryptocurrency forward slowly, but steadily. Recently the government granted the cryptocurrency industry self-regulatory status, allowing it to take control of important decisions. Ripple Asia and SBI also recently got the green light for its MoneyTap mobile payment app.