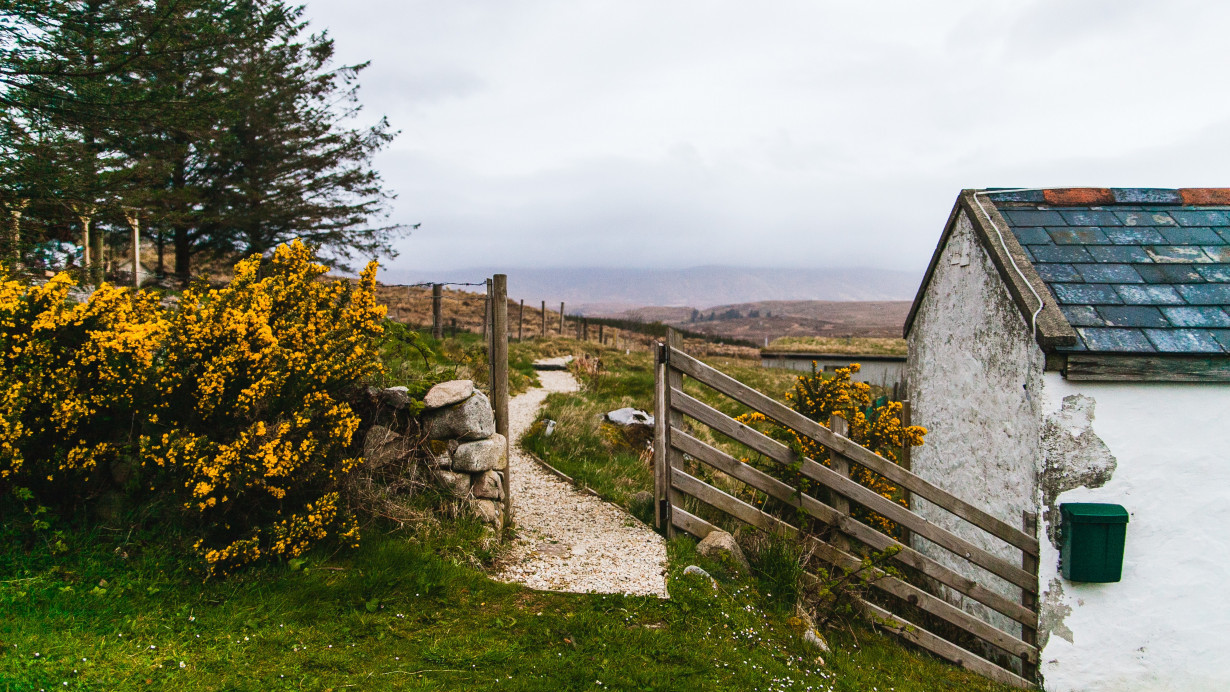 When Britain narrowly voted to leave the European Union in 2016, it opened a can of worms, the biggest of which was the Irish border. The United Kingdom shares a 310-mile land border with the Republic of Ireland. It cuts through towns and pastures and stretches from the cultural capital of Derry to the small city of Newry.

As it stands right now, the Irish border is open. People cross it daily. Commerce flows from the North to the South unhindered. But when the UK leaves the EU in March 2019, this will likely change due to regulatory and customs reasons.

A so-called “hard border” is undesirable for a lot of reasons (which I’ll get to later). It’s worth noting that neither the EU nor the UK government desires this, and they’re negotiating to prevent a return to customs and immigration checks.

One idea feted by the UK government is the use of technology. It wants to replace traditional border infrastructure with databases, sensors, and digital filing systems, and last night at the Conservative Party conference, chancellor Philip Hammond suggested that blockchain is an “obvious” technology to use.

It’s not. Blockchain won’t help solve the problem of the Irish border. It just won’t — and more accurately, can’t.

This isn’t an indictment of the technology itself. While I’ve got some strong feelings about blockchain, this isn’t the place to discuss them. Instead, I’m going to explore the issue of the Irish border and explain why any technological solution is doomed to fail.

A tale of two communities

Northern Ireland mostly has moved on from The Troubles, although the scars are still there. Visit Belfast, and you’ll see the murals and the flags denoting what area you’re in: loyalist or nationalist. Towering walls topped with metal wire, euphemistically called “peace walls,” divide neighborhoods based on their religious makeup.

The brutal conflict raged from the 1960’s to the signing of the Good Friday Agreement in the 1990’s, during which it claimed the lives of thousands. Its roots stem predominantly from several legitimate grievances from the Catholic Nationalist community, who were routinely deprived of employment opportunities, decent housing, and were the subject of gross civil rights violations.

But there was a broader question at the heart of the Northern Irish conflict: “should a border divide the island of Ireland?”

Nationalists said no, while loyalists firmly regarded themselves as British, and wished for Northern Ireland to remain in the United Kingdom.

What followed was a compromise. Northern Ireland is still part of the UK. Its currency is pounds sterling, and the Queen still maintains a sprawling residence in County Down. However, the Good Friday Agreement asserted the right for the nationalist community to identify as Irish, and entitled them to Irish citizenship.

Lyra McKee, a Belfast-based author and journalist, identifies as Irish.

“For a lot of people, identity is very important to them, particularly around the border. I’m from Belfast and I wasn’t really brought up with a strong sense of nationality, even though I identified as Irish or Northern Irish,” she said.

A considerable factor in allowing this to remain tenable is the existence of a soft border, which has opened up working opportunities in one of the most deprived parts of the UK.

“You can’t put the genie back in the bottle. The border has been relaxed for so many years which has led to a lot of cross-border co-operation, jobs, trade, even relationships. A lot of people living at the border also have holiday homes in the South or grandchildren. Northern Ireland isn’t great for work so the middle classes especially either go to Dublin or London or Cork for jobs, maybe coming home at the weekends.”

Any attempt to change this status quo will inevitably cause great pain to the nationalist community. While the troubles have ended and there’s little appetite for violence, a hard border could rekindle old resentments.

Although a technological approach could ensure that the border isn’t staffed with customs and immigration officials — like, for example, the boundary between the United States and Mexico — it would require the extensive building of infrastructure, and introduce crushing new bureaucracy. The fear is that this has the potential to reopen old wounds.

And then we get to the physical geography of the Irish border itself, which is a challenge.

Unlike, say, the border between Mexico and the United States, which is predominantly desert, the Irish border is comparatively well populated. It cuts through towns and farmland. You can quite easily walk from Northern Ireland into the Republic of Ireland without actually realizing it. The only clue will be that roadsigns now display speeds in kilometers instead of miles.

“The border isn’t like Checkpoint Charlie, where there’s one major crossing point to get in and out of the North,” said McKee. “If I’m in Derry – a city that borders the South – and I’m traveling to my girlfriend’s relatives in the South, we literally take a right down a one-car country lane and at some point down it, we’ve crossed the border and we’re in Donegal. Her cousin could leave her house and walk 2 minutes up her lane and she’d be in the North.”

With 208 border crossings across the Irish border, building the infrastructure and technology to track all cross-border movements will be impossible. There are also complicated edge scenarios, like livestock wandering from North to South.

And that’s before you discuss the timeframe. There’s less than six months until the UK crashes out of the EU. That doesn’t leave enough time to build the infrastructure required for a border, let alone conceive the technology required to operate it.

This, simply, isn’t something that blockchain can fix. The problem isn’t the technology or the implementation, but the fact that the fundamentals of the problem are simply too complicated. The issue isn’t technology, but a bubbling cauldron of society, history, heritage, and geography.

Brexit is looming, and negotiations aren’t going well. The prospect of the UK leaving without a deal is very real. With the Conservative Party conference in full swing, the Tories are desperate to present credibility, especially when it comes to this complicated, generationally-defining issue.

What better way than for one of the most senior ministers to clutch onto the hottest tech buzzword at the moment: Blockchain?

The thing is, the Irish border isn’t a trivial issue. It was the trophy at the center of a violent sectarian conflict where thousands died. Although The Troubles are over, the embers of the conflict still burn.

In Northern Ireland, there’s a long-standing belief that Westminster doesn’t care about them. This sentiment is especially prominent in the neglected border regions. By suggesting an unproven technology instead of actual sensible policy, Hammond’s comments will only strengthen that feeling.