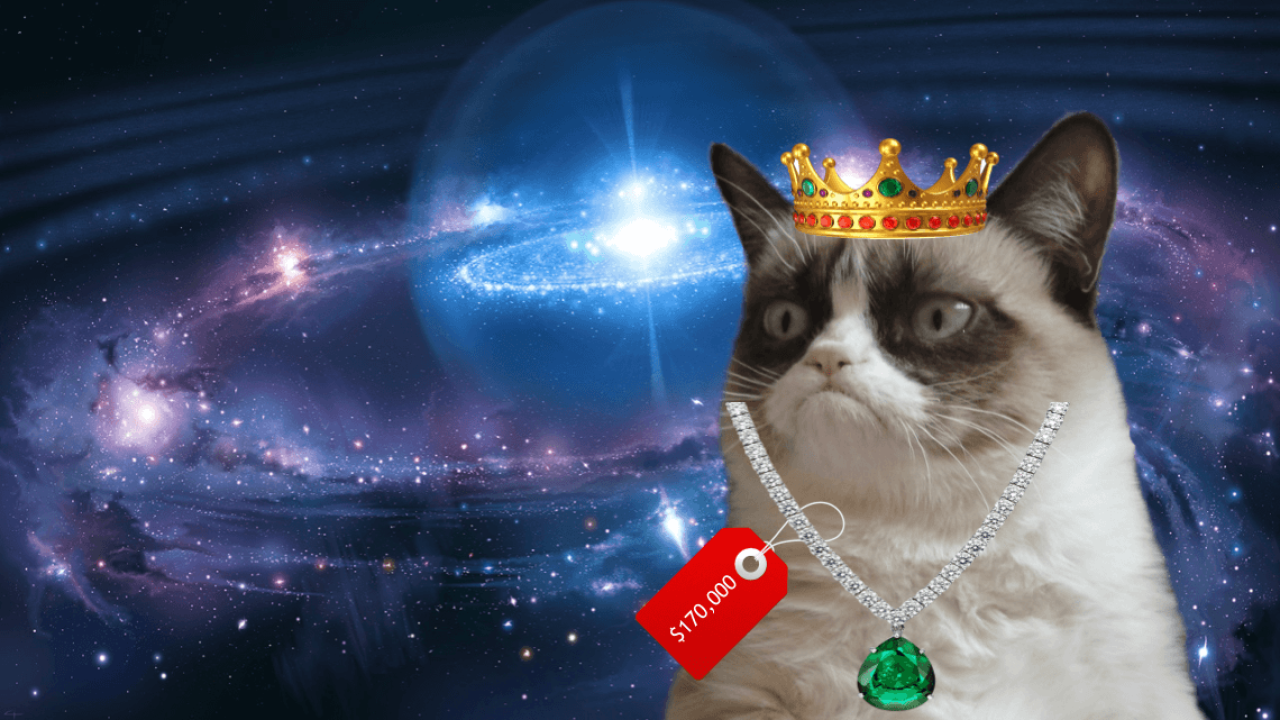 Blockchain-based game CryptoKitties has seen the highest trade volume since February over the past 24 hours, and it has only one cute little kitten to thank for it.

Someone purchased Dragon, a CryptoKitty, for 600 ETH ($170,000 approximately) on Tuesday, making her the most expensive kitty to be ever traded in the history of the game.

On primary inspection, Dragon looks like your average CryptoKitty. She’s got average looks and average attributes (called “Cattributes”). Remarkably, she’s a ninth generation kitty – earlier generations tend to be more expensive. Overall, she doesn’t fit the stereotype of what an expensive CryptoKitty should look like.

This is how Dragon describes herself on the CryptoKitties website:

Salutations. I’m Dragon. I bit Rebecca Black when I was younger, but those days are gone. Believe it or not, spying on the neighbours is seriously exhilarating. You should try it some time. Let’s connect on ICQ.

With her looks out of the window, there can be only speculations on what makes her so precious. Perhaps the buyer and seller wanted to make a transaction anyway, so they traded this CryptoKitty? Some speculate it could be money laundering. Or maybe the buyer was delighted she bit Rebecca Black (anyone who has endured Friday would be!). Likely, we’ll never know.

Regardless, Dragon is good omen for CryptoKitties. The Ethereum-based decentralized app (DApp) has seen very little engagement since the beginning of this year. Total transactions on the app dropped by 98.4 percent between December and January and have remained low ever since. Now, Dragon has brought a spike in both the trading volume and average kitty price.

The total ETH trading volume on CryptoKitties on Tuesday (622 ETH) was higher than the previous week combined.

Dragon also rode the average daily kitty price to the highest in the history of the game at 1.17 ETH, in comparison to the previous 0.4 ETH on December 4, 2017.

Dragon’s astonishing achievement is coming at a time when the game is also about to see the birth of its one millionth CryptoKitty.

We're getting closer and closer to the birth of the 1,000,000th CryptoKitty!

To celebrate this eggciting milestone, 20 Exclusive Kitties will be born between August 29 and the arrival of the 1,000,000th Kitty.