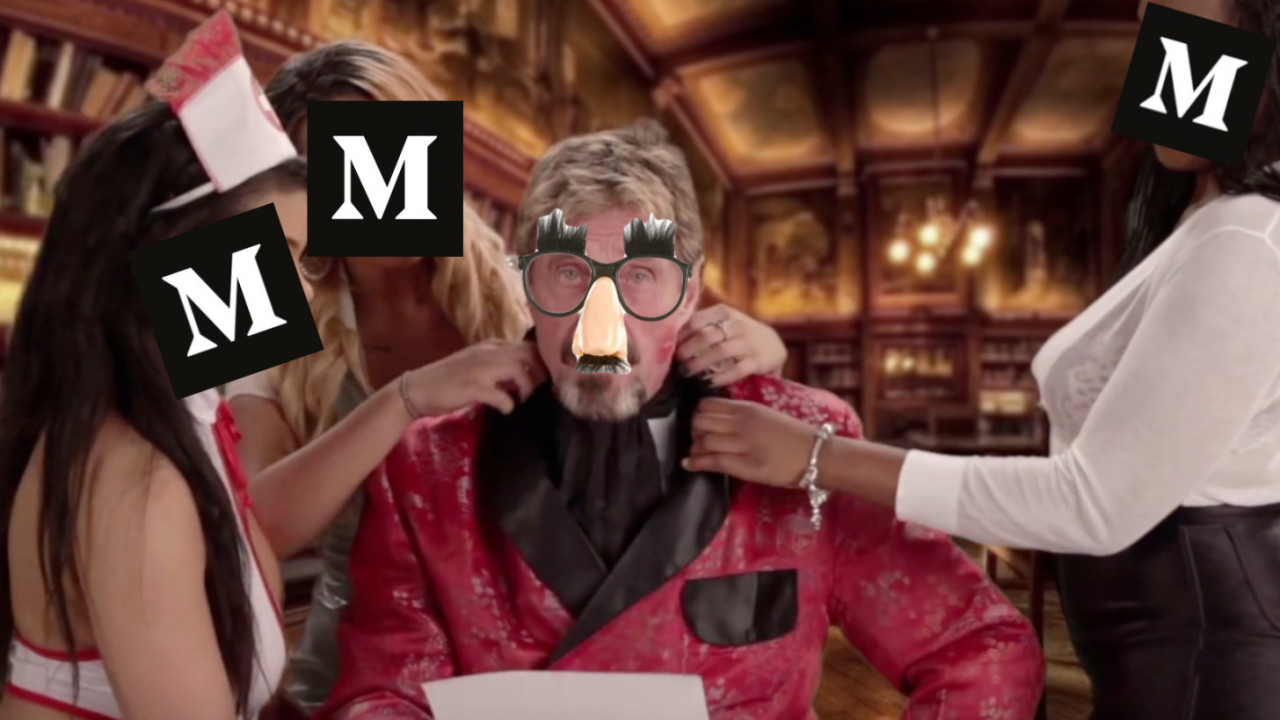 Another day, another scam. Cryptocurrency tricksters are now posing as disgraced security pioneer John McAfee to steal Bitcoin and Ethereum from unsuspecting users. But here’s the kicker: the scammers are using a shiny Tesla Model 3 to lure in victims.

“If you send in 2 BTC or 20 ETH, you will get the Grand Prize: a customized Tesla 3 model [sic] signatured [sic] by John Mcafee [sic], delivery included,” a fraudulent Medium post reads.

Only in this case, it’s not actually Medium, and it’s not John McAfee. The website and account are fakes. The URL is a dead giveaway, but the scammers have made an effort to disguise the copycat as a legitimate Medium page (though you can still spot the red flags). The domain itself was only registered two days ago, according to a whois lookup.

The scam directs users to send a small amount of BTC or ETH to verify their account, after which they will receive a greater amount of cryptocurrency in return. Sounds like a win-win!

Only this never happens. Typically you’ll give some BTC or ETH, and never receive anything in return. There are tons of comments claiming hefty profits, but these are, of course, all fake.

What’s more is that most of the links on the website are dead. Those that are working just redirect back to the main Medium homepage. Also, you cannot even comment on the post, indeed, most of these comments are hard-coded into the fraudulent copycat.

The good thing is it appears nobody has fallen for the promise of a shiny new Tesla yet. Hard Fork reviewed the Bitcoin and Ethereum wallet addresses promoted in the fraudulent post: neither of them have received any funds so far.

It seems Musk or McAfee’s names are never far away from cryptocurrency scams. Earlier this year, Twitter took action to block unverified users who change their names to Elon Musk.

Any scam that claims to give you money for nothing, is clearly too good to be true. Don’t believe everything you read on the internet.