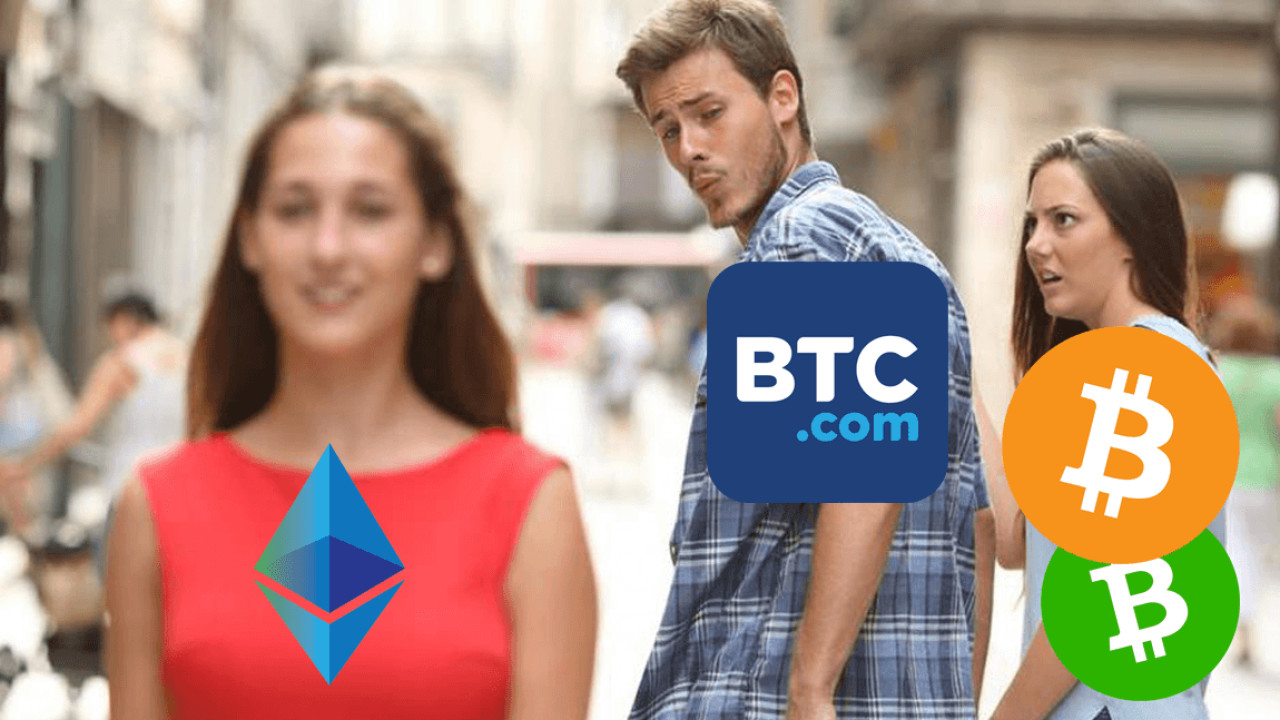 BTC.com currently accounts for roughly 16 percent of the computing power driving Bitcoin (hash rate). Similarly, it makes up around 14 percent of the Bitcoin Cash network. But, it seems that Bitmain is simply not content to dominate those two: Ethereum is next.

“We expect mining operations to grow to 12 [percent] of ETH total hashrate in the next 12 months.”  says Zhuang Zhong, Director of BTC.com’s mining pool.

What’s also interesting is that BTC.com appear confident that the proposed transition from a Proof-of-Work algorithm to a Proof-of-Stake (PoS) consensus style, through the upcoming Casper protocol, won’t deter it from mining Ethereum. This certainly sounds ludicrous, even after you hear what Zhong has to say about it.

“It’s still possible to host a mining pool in PoS mode,” he said in a statement. “It will increase the complexity to design such a pool since miners need to deposit [E]ther to the mining pool, but we have a lot of hands-on experience with wallet and Ethereum smart contracts to make a PoS mining pool possible.”

Unfortunately, the BTC.com exec stopped short of sharing any details on how the PoS mining pool implementation would work.