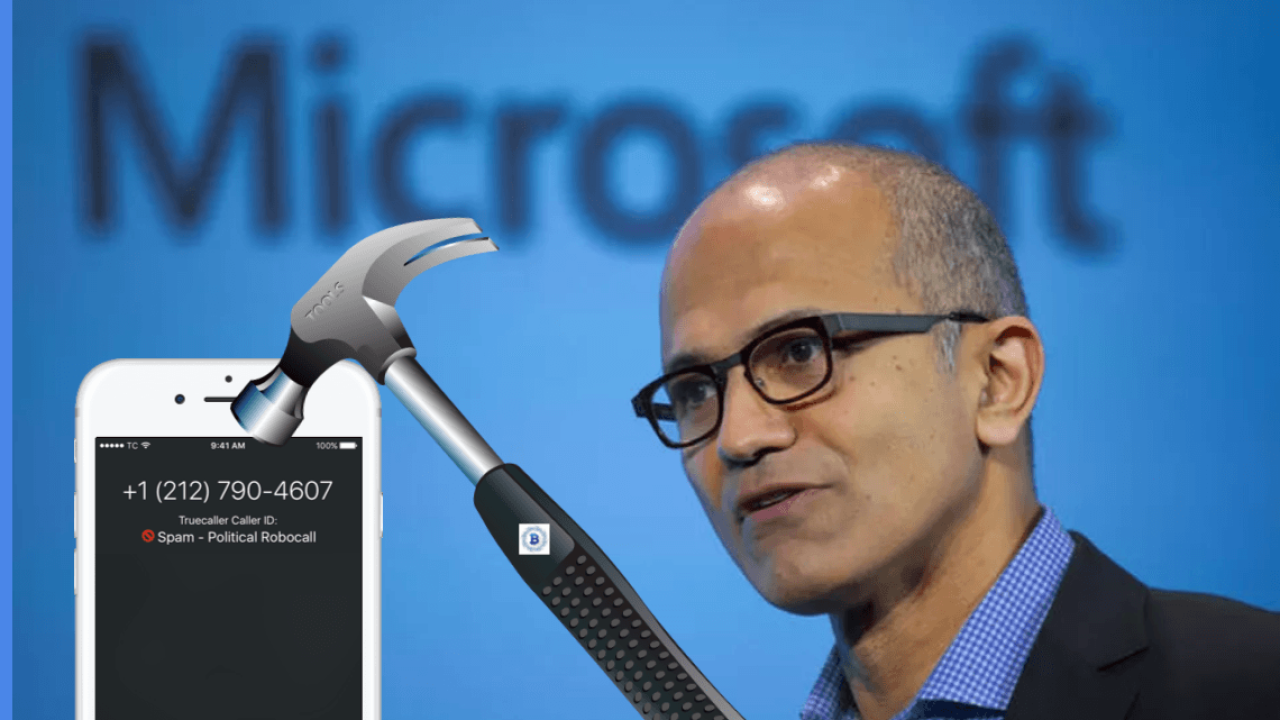 If you thought blockchain was completely useless as a technology, Microsoft is out to prove you wrong.

The solution is being built on Microsoft Azure Platform and will also utilize cloud services, although the exact technical or product map hasn’t been revealed yet.

“The intersection of Cloud and Blockchain will ensure a new way of monitoring and enforcing compliance throughout the ecosystem,” Prashant Shukla, National Technology Officer of Microsoft India said at a press conference. “With a Microsoft Azure Blockchain-powered solution, we will ensure that we mitigate loopholes used by fraudsters and spammers to reach end users.”

The platform will purportedly bring all relevant parties onto the same ecosystem, including all telecom operators, legal authorities, users, and even telemarketers. The ecosystem is expected to make obtaining user consent and registering their preferences about marketing calls easier.

“…[The] solution will be a shared, secured ledger of UCCs [unsolicited commercial communication] distributed across a network of computers,” Tech Mahindra said in a press statement. “[This] will ensure a transparent and verifiable system to help companies mitigate UCC on their networks.”

Microsoft’s announcement comes only a month after TRAI (Telecom Regulatory Authority of India) ordered all telecom operators to use blockchain technology to curb the menace of spam calls.

Tech Mahindra and Microsoft are hoping that the operators won’t have to be worry about developing their own solutions now, as their product will be enough for them to stay compliant with TRAI’s new regulations.

Under the new norms, a user’s consent will have to be explicitly recorded on the blockchain to receive marketing calls. The users should also be able to revoke their consent anytime they want. If an operator fails to follow the norms, they risk facing a penalty of up to Indian Rupees 500,000 ($7,136 approximately) per month.

It is worth noting that there are no updates on either project. We don’t know if blockchain proved helpful in either managing digital identities or copyrights.  But this time, there is a deadline for telecom operators to abide by the regulations.

This means, we might finally see a prototype of one of Microsoft’s ambitious blockchain products soon.